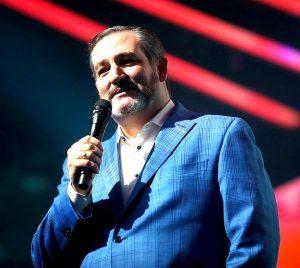 A group of legal experts called “The 65 Project” has filed an ethics complaint to the State Bar of Texas against Ted Cruz due to his involvement in court cases that aimed to contest the results of the 2020 election. The 65 Project aims to call for bar investigations into lawyers that assisted former President Donald Trump in pushing his claims of election fraud through the courts.

The group has filed several ethics complaints against Trump-allied lawyers that attempted to overturn the 2020 election, but the latest filing is the first brought against a U.S. Senator. The complaint argues that Cruz “moved beyond his position as a United States Senator” in his attempt to aid President Trump by utilizing his law license in the effort. Cruz did not simply spread baseless claims on Twitter and other media like many of his colleagues did, but additionally represented the bogus attempt to keep Trump in office in the courts, therefore legitimizing the need for investigation by the State Bar of Texas.

Cruz’s actions in relation to these cases were met with criticism even from his side of the aisle. Several prominent Republicans reacted negatively to these cases, from a range of confusion to outright condemnation. Texas Senator John Cornyn told CNN that he “[struggled] to understand the legal theory” of the Texas v. Pennsylvania case. Cruz’s own former 2016 campaign chair, Chad Sweet, denounced Cruz’s actions calling his behavior a “relentless assault” on democracy.

The complaint also outlines Cruz’s specific violations of the Texas State Bar’s disciplinary rules of professional conduct. Most notably, Rule 4.01(a) which states that “in the course of representing a client, a lawyer shall not knowingly make a false statement of material fact or law to a third person.” The complaint accuses Cruz of violating this rule, but also points out that the New York Appellate Court suspended Rudy Guiliani’s law license due to similar reasoning, citing that false statements “erode the public’s confidence in the integrity of attorneys admitted to [the New York] bar.” Since Guiliani has been disciplined for this breach of conduct, it then follows that Cruz should face similar disciplinary action.

Whether Ted Cruz will face disciplinary action from the State Bar of Texas is yet to be seen, but a complaint from this bipartisan group points to an important effort to protect our democracy and hold lawyers that attempted to harm our nation’s core values accountable.

Are you tired of Texas Republicans pushing big lies and trying to steal your vote? So are we, that’s why we’re fighting back against the right-wing lie machine. Our commitment to ethical, fact-based journalism is vital to our democracy, and we can’t do it without you. Consider donating today to help us stay in this fight.