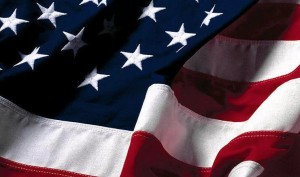 Wall Street CEOs have formed a group to take advantage of new fundraising possibilities opened up by the Supreme Court decision to end the ban on corporate election spending.

This week, a group that includes some of the wealthiest Republican CEOs on Wall Street have formed a group to take advantage of new fundraising possibilities for the GOP.

The Supreme Court ruling could potentially allow the group, called the American Action Network, to take unlimited contributions from corporations for use in political campaigns.

“This administration as well as Citizens United [the Supreme Court ruling] — when you combine the two the prospects for funding these types of efforts are greatly enhanced,” said Norm Coleman, one of the group's organizers.

Coleman called the group an "action tank" or a "think-and-do tank."

Members of the groups include:

Kenneth Langone, a former director of the New York Stock Exchange who defended a $139.5 million bonus in 2004 and has been sued for “extortion, defamation, fraudulent misrepresentation."

According to the New York Times, the group also includes:

"Republicans who are donors, board members or both include Haley Barbour, the governor of Mississippi; Jeb Bush, former governor of Florida; Mr. Barbour a former chairman of the Republican Party; Fred Malek, an investor and official in the Nixon and first Bush administrations."

During his State of the Union address, President Obama looked at the Supreme Court justices sitting before him and said, "With all due deference to the separation of powers, the Supreme Court reversed a century of law to open the floodgates for special interests — including foreign corporations — to spend without limit in our elections." 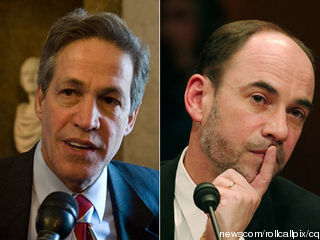 WASHINGTON — A group of prominent Republicans is forming an organization to develop and market conservative ideas, copying a successful Democratic model and hoping to capitalize on the fund-raising and electioneering possibilities opened up by a recent Supreme Court ruling.

The organizers, including former Senator Norm Coleman of Minnesota and Douglas Holtz-Eakin, the senior policy adviser to Senator John McCain’s presidential campaign, describe their emerging American Action Network as a center-right version of the Center for American Progress, the six-year-old group for progressive policies that was founded by John Podesta, former chief of staff to President Bill Clinton and an informal adviser to President Obama.

Republicans who are donors, board members or both include Haley Barbour, the governor of Mississippi; Jeb Bush, former governor of Florida; Ed Gillespie, like Mr. Barbour a former chairman of the Republican Party; Fred Malek, an investor and official in the Nixon and first Bush administrations; Robert K. Steele, a former executive of Wachovia and Goldman Sachs who was a Treasury official in the second Bush administration, and Kenneth G. Langone, a founder of Home Depot and a former director of the New York Stock Exchange.

A Web site will be unveiled next week. A news conference announcing the center is planned for Feb. 22, followed the next day by a forum on ideas for spurring job creation.

The formation of what Mr. Coleman calls an “action tank” or “a think-and-do tank” reflects the philosophical ferment in the Republican Party as it seeks to rebuild from political and policy setbacks of the Bush years. Similarly, the center-left Center for American Progress opened in 2003 when the Democrats were in political exile and Republicans controlled both the White House and Congress.

“I’ve often said that President Bush was really bad for our country but really good for my business,” Mr. Podesta said, recalling his initial efforts to tap the passions of left-leaning donors and scholars. “My guess is this crew will have the same thing to say about President Obama. It is easier to get started in opposition.”

Indeed, the Republicans behind American Action Network do give credit to Mr. Obama. Plans began last summer, but floundered at times, according to people familiar with them. Since then the organizers were helped by growing dissatisfaction among conservatives and business people with Mr. Obama’s ambitious agenda, and improved prospects for Republican Congressional victories in November. ...

His group’s work seems certain to provoke debate among Republicans as well as with Democrats. The organizers are less ideologically conservative than many Republican activists. Mr. Coleman, for example, would not rule out higher taxes as well as spending cuts to reduce the debt.

And Mr. Langone, one of the early donors, said he had been assured that “we’re not going to go near the social issues.”

“This appeals to me for one big reason,” he said. “I am very concerned that all the opportunities that were mine are not going to be available to young people coming along the line.” For that, he blamed President Bush’s big-spending policies as well as those of the Democrats.

Like the Center for American Progress, the tax-exempt American Action Network will be divided into separate units. The Action Forum, which will be the policy arm, is a 501(c)3 group, named for the tax code provision for charitable groups; it allows contributions to be tax deductible but restricts political activities.

Mr. Podesta said his group has a policy against that and will not change it. Policy work, he said, “has political relevance but we shouldn’t become political actors.” ...