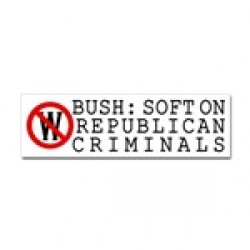 WASHINGTON — Republican Rep. Mike Conaway, relying on his experience as a certified professional accountant, followed his usual routine of asking for audit reports when he started looking at the finances of the National Republican Congressional Committee.

That led to the discovery that the NRCC, the committee dedicated to electing GOP House members, is missing hundreds of thousands of dollars.

Conaway began chairing the three-member audit committee for the NRCC in January 2007. By Jan. 28 of this year, he had uncovered the fraud.

He and the other two audit committee members had asked for a face-to-face meeting with management of the NRCC and its auditors, a practice Conaway said he adopted after the passage of the landmark anti-fraud law known as Sarbanes-Oxley. The law was enacted in response to the wave of corporate scandals, including Enron, in 2002. It requires annual assessments by auditors of companies’ internal financial controls and tightens criminal penalties for corporate wrongdoing.

When treasurer Chris Ward couldn’t produce auditors “the house of cards collapsed and we were able to find he had been giving the bank false or bogus financial statements for a long time,” Conaway said.

He and his fellow audit committee members, Reps. Kevin McCarthy, R-Calif. and Ginny Brown-Waite, R-Fla., immediately called the accounting firm they thought had been hired to audit the committee’s finances. “They never heard of us,” Conaway said.

The NRCC released a statement saying its former treasurer “deceived and betrayed” the group for a number of years. Conaway said an audit hadn’t been done on the agency since 2001.

Ward’s lawyer did not return a phone call from The Associated Press seeking comment Thursday.

Conaway, who had been chairman of the Texas Board of Public Accountancy, said he was impressed by how “realistic” the audit reports appeared.

“A typical user of a financial statement, certainly someone who only looked at one year’s worth, wouldn’t notice anything was awry,” Conaway said.

Conaway had worked as chief financial officer for Bush Exploration, President Bush’s oil company before he was in the White House.

While serving as chairman of the Texas public accountancy board, Conaway signed the board order revoking the license of Arthur Andersen accounting firm in a fallout from the Enron scandal.

Conaway told the Washington Post he wishes he had pushed Ward harder when he first asked him for audit reports. But he also said Ward had been a trusted staffer.

The Post reported that Ward served as treasurer for two fundraising committees of Texas Republicans, one belonging to Rep. Jeb Hensarling of Dallas and another for Rep. Lamar Smith of San Antonio. Representatives for both committees said they have not found discrepancies in their finances.

The case still is under investigation, but Conaway jokingly acknowledges he may have scored one for the quiet, sometimes overlooked accountants.

“I would hope we could parlay this into some major TV movie or series where you’ve got a hero accountant wearing a cape, with an accounting costume, with mechanical pencil and squiggly ruler,” he quipped.

“Lefties here in Indiana are falling all over themselves in the hopes that the NRCC’s recent troubles could take out one of the major thorns in their side, in Congressman Steve Buyer (R-Monticello, CD-4). Turns out that any hope for unorthodox involvement by former PAC treasurer, Christopher Ward, to Buyer’s PAC, Storm Chasers, (to which he is only the Honorary Chairman) is nothing but conjecture and hot air [sic]. Remember that liberals still hold a grudge against the Congressman for being a House Manager (Prosecutor) in the impeachment trial of Bill Clinton. … ”
•••••••
NRCC says man falsified financial records for four years

The NRCC said it dismissed Ward on Jan. 28.

“Shortly thereafter, we learned that Ward had apparently fabricated and submitted 2006 financial statements to the NRCC’s bank,” Cole said in a statement on the committee’s Web site.

“We reported these facts to the FBI, which opened a criminal investigation,” Cole said.

Ward “also appears to have made subsequent transfers of several hundred thousand dollars in funds” from committee accounts he controlled into “what appear to be his personal and business bank accounts,” Cole said.

Ward also was listed as treasurer of more than 80 Republican political action committees and candidates’ campaign funds. One of those was The Good Fund, a Republican leadership PAC controlled by Goodlatte.

The Good Fund received $362,000 in contributions in 2006, according to the Center for Responsive Politics, a watchdog group in Washington.
Ward is no longer employed by the fund.

“I am the new treasurer. There are no funds missing from our bank account,” McMenamin said.

She also said the FBI had not looked at The Good Fund’s accounts.

The fund uses contributions to support Republican congressional candidates around the country.