As the American Heritage Dictionary noted, fascism is: “A system of government that exercises a dictatorship of the extreme right, typically through the merging of state and business leadership, together with belligerent nationalism.”

Once the American corporate barons own the institutions that are meant to regulate them, it’s game-over for both rational capitalism (including competition) and for democracy.

Last week, at David and Charles Koch’s annual winter meeting near Palm Springs, California, it was announced that the Koch Brothers’ political organization would spend close to $900 million on the 2016 election.  If this goal is met, the group of corporate leaders will spend far more than the Republican Party and its congressional campaign committees spent, combined, in the 2012 campaign.

Once upon a time, it would have been illegal for the Koch Brothers and their fellow oligarchs to buy an election.  Of course, that time was before the Citizens United Supreme Court decision.

In 2010, Citizens United v. Federal Election Commission, presented the best opportunity for the Roberts Court to use its five vote majority to totally re-write the face of politics in America, rolling us back to the pre-1907 era of the Robber Barons.

As Jeffrey Toobin wrote in The New Yorker (“No More Mr. Nice Guy”): “In every major case since he became the nation’s seventeenth Chief Justice, Roberts has sided with the prosecution over the defendant, the state over the condemned, the executive branch over the legislative, and the corporate defendant over the individual plaintiff.

Even more than Scalia, who has embodied judicial conservatism during a generation of service on the Supreme Court, Roberts has served the interests, and reflected the values, of the contemporary Republican Party.”

Back then, the modern Republican Party and the oligarchs that dominated it, knew that the only way to recover power was to immediately clear away all impediments to unrestrained corporate participation in electoral politics.  If a corporate board likes a politician, they can make sure he or she is elected every time; if the CEO oligarchs become upset with a politician, they can carpet-bomb her district with a few million dollars worth of ads and politically destroy her.

And it looks like that’s exactly what the Roberts Court accomplished.  The oligarchs succeeded. In the Citizens United case, forces within the Republican Party asked the Supreme Court to go all the way back to the 1980s and re-examine the rationales for Congress to have any power to regulate corporate “free speech.”

As Robert Barnes wrote in The Washington Post on June 30, 2009, “Citizens United’s attorney, former solicitor general Theodore B. Olson, had told the court that it should use the case to overturn the corporate spending ban the court recognized in Austin v. Michigan Chamber of Commerce, as well as its decision in 2003 to uphold McCain-Feingold as constitutional.” 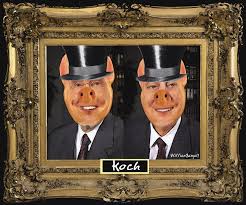 The setup for this came in June of 2007, in the case of the Federal Election Commission v. Wisconsin Right To Life, in which the Roberts Court ruled that the FEC couldn’t prevent WRTL from running ads just because they were a corporation.

“A Moroccan cartoonist,” Justice Scalia opened his opinion with his usual dramatic flair,  “once defended his criticism of the Moroccan monarch (lèse majesté being a serious crime in Morocco) as follows: ‘I’m not a revolutionary, I’m just defending freedom of speech. I never said we had to change the king-no, no, no, no! But I said that some things the king is doing, I do not like. Is that a crime?’”

“Well,” Scalia wrote, “in the United States (making due allowance for the fact that we have elected representatives instead of a king) it is a crime, at least if the speaker is a union or a corporation (including not-for-profit public-interest corporations)… That is the import of §203 of the Bipartisan Campaign Reform Act of 2002 (BCRA).”

The idea of Congress passing laws that limited corporate “free speech” was clearly horrifying to Scalia.  He went after the 1990 Austin v. Michigan Chamber of Commerce case, in which the MCC was limited in their “free speech” in a political campaign because they were a corporation.

“This (Austin) was the only pre-McConnell case in which this Court had ever permitted the Government to restrict political speech based on the corporate identity of the speaker,” he complained.  “Austin upheld state restrictions on corporate independent expenditures,” and, God forbid, “The statute had been modeled after the federal statute that BCRA §203 amended…”

The Austin case, Scalia concluded his opinion with four others nodding, “was a significant departure from ancient First Amendment principles. In my view, it was wrongly decided.”

Scalia also quoted at length from opinions in the Grosjean v. American Press Co case, “holding that corporations are guaranteed the ‘freedom of speech and of the press, safeguarded by the due process of law clause of the Fourteenth Amendment,’” and from the 1986 Pacific Gas & Elec. Co. v. Public Util. Comm’n of Cal. case: “The identity of the speaker is not decisive in determining whether speech is protected”; “[c]orporations and other associations, like individuals, contribute to the ‘discussion, debate, and the dissemination of information and ideas’ that the First Amendment seeks to foster.”

The bottom line, for Scalia, was that, “The principle that such advocacy is ‘at the heart of the First Amendment’s protection’ and is ‘indispensable to decision making in a democracy’ is ‘no less true because the speech comes from a corporation rather than an individual.”

Continuing to quote from a plurality opinion in Pacific Gas, Scalia “rejected the arguments that corporate participation ‘would exert an undue influence on the outcome of a referendum vote’; that corporations would ‘drown out other points of view’ and ‘destroy the confidence of the people in the democratic process…”

He even quoted an opinion in the Grossjean case, writing that “corporations are guaranteed the ‘freedom of speech and of the press…safeguarded by the due process of law clause of the Fourteenth Amendment.’”

The Fourteenth Amendment, which says that no “person” shall be denied “equal protection of the laws,” was promulgated after the Civil War to free the slaves.  But corporations have long asserted that because it says “person” rather than “natural person” it included giving, in 1868 when the Amendment was ratified into law, full Constitutional rights under the Bill of Rights to corporations.  (Corporations are, at law, known as “artificial persons” and humans are “natural persons” – both have to have some sort of “personhood” in order to pay taxes, sue and be sued, etc.)

As Scalia wrote in his opinion in FEC v. Wisconsin Right To Life:  “…FECA was directed to expenditures not just by ‘individuals,’ but by ‘persons,’ with ‘persons’ specifically defined to include ‘corporation[s].’”

Chief Justice Roberts weighed in, too, in the main decision.  It’s a fascinating decision to read – and search for occurrences of the word “corporation” – and here’s one of Roberts’ more convoluted observations in defense of corporate free speech rights: 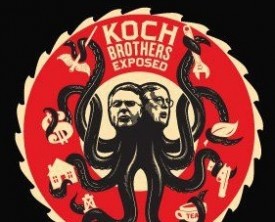 Bottom line – corporate free speech rights are Real Rights that Must Be Respected.

Justice Souter wrote a rather frightening dissent (this was a 5-4 decision, with the usual right-wing suspects on the “5″ side): “Finally, it goes without saying that nothing has changed about the facts. In Justice Frankfurter’s words, they demonstrate a threat to ‘the integrity of our electoral process, which for a century now Congress has repeatedly found to be imperiled by corporate, and later union, money: witness the Tillman Act, Taft-Hartley, FECA, and BCRA.

“McConnell was our latest decision vindicating clear and reasonable boundaries that Congress has drawn to limit ‘the corrosive and distorting effects of immense aggregations of wealth,’ and the decision could claim the justification of ongoing fact as well as decisional history in recognizing Congress’s authority to protect the integrity of elections from the distortion of corporate and union funds.

“After today, the ban on contributions by corporations and unions and the limitation on their corrosive spending when they enter the political arena are open to easy circumvention, and the possibilities for regulating corporate and union campaign money are unclear.

“The ban on contributions will mean nothing much, now that companies and unions can save candidates the expense of advertising directly, simply by running ‘issue ads’ without express advocacy, or by funneling the money through an independent corporation like Wisconsin Right To Life.”

Sounding almost depressed, Souter closed his dissent with these words: “I cannot tell what the future will force upon us, but I respectfully dissent from this judgment today.”

The attempt of corporations (and their lawyers, like Roberts was before ascending to a federal court) to usurp American democracy is nothing new, as David Souter well knew. Fascism has always been a threat to democracy.  Oligarchs have sought to buy the power of government to suit themselves, since the beginning.

In early 1944 the New York Times asked Vice President Wallace to, as Wallace noted, “write a piece answering the following questions: What is a fascist? How many fascists have we? How dangerous are they?”

Vice President Wallace’s answers to those questions were published in The New York Times on April 9, 1944, at the height of the war against the Axis powers of Germany and Japan: 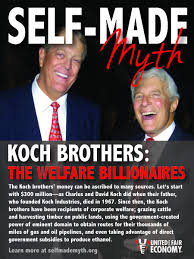 “The really dangerous American fascists,” Wallace wrote, “are not those who are hooked up directly or indirectly with the Axis. The FBI has its finger on those… With a fascist the problem is never how best to present the truth to the public but how best to use the news to deceive the public into giving the fascist and his group more money or more power.”

“American fascism will not be really dangerous,” he added in the next paragraph, “until there is a purposeful coalition among the cartelists, the deliberate poisoners of public information…”

In his strongest indictment of the tide of fascism the Vice President of the United States saw rising in America, he added:

“They claim to be super-patriots, but they would destroy every liberty guaranteed by the Constitution. They demand free enterprise, but are the spokesmen for monopoly and vested interest. Their final objective toward which all their deceit is directed is to capture political power so that, using the power of the state and the power of the market simultaneously, they may keep the common man in eternal subjection.”

Finally, Wallace said, “The myth of fascist efficiency has deluded many people. … Democracy, to crush fascism internally, must…develop the ability to keep people fully employed and at the same time balance the budget. It must put human beings first and dollars second. It must appeal to reason and decency and not to violence and deceit. We must not tolerate oppressive government or industrial oligarchy in the form of monopolies and cartels.”

As Wallace’s President, Franklin D. Roosevelt, said when he accepted his party’s renomination in 1936 in Philadelphia:

“…Out of this modern civilization, economic royalists [have] carved new dynasties…. It was natural and perhaps human that the privileged princes of these new economic dynasties, thirsting for power, reached out for control over government itself. They created a new despotism and wrapped it in the robes of legal sanction…. And as a result the average man once more confronts the problem that faced the Minute Man….”

Speaking indirectly of the fascists that Wallace would directly name almost a decade later, Roosevelt brought the issue to its core:

But, he thundered in that speech:

“Our allegiance to American institutions requires the overthrow of this kind of power!”

We now stand at the same crossroad Roosevelt and Wallace confronted during the Great Depression and World War II. Fascism is rising in America.  Oligarchs like the Koch Brothers are poised to capture more political power.  The point of their spear is “corporate personhood” and “corporate free speech rights.” 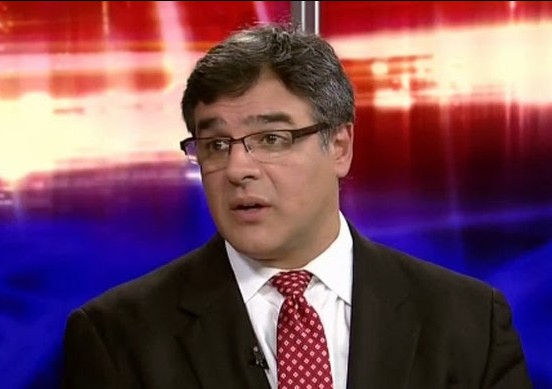