Ecuador: President Rafael Correa was to be Assassinated by CIA Before Elections 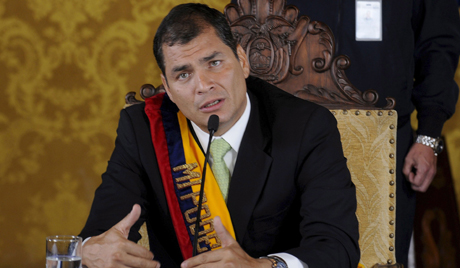 Ecuadorian President Rafael Correa says that he is being targeted for assassination by the US Central Intelligence Agency (CIA) and judging from all available information it is almost a given that he is right. The reasons are many: oil, trade, exploitation of resources, geopolitical ambitions, military and strategic positioning, foreign policy objectives, regional alliances and once again that name comes up: Julian Assange. If Correa knows everything Assange does he is definitely walking around with crosshairs on his head.

Ecuadorian President Rafael Correa has stated that a plot to assassinate him has been uncovered and that the timeline calls for him to be killed prior to the upcoming elections. His assassination is part of a CIA plot to destabilize the entire region.

Given the long and sordid history of the CIA in Latin America and the almost countless cases of assassination, regime changes and propping up dictators throughout Latin America, Correa’s claim is not only believable but also almost a given when we look at a few of the things he has and has not done for and against the all powerful US interests.

When I began investigating for this article I was surprised at the number of witnesses and sources that have disappeared or had “strange” problems preventing them from getting evidence to the public, but of course that is not unusual, what is unusual here is the sheer number.

The most egregious “sins” Correa is guilty of are the closing of the US Manta Military Base and the eviction of all US forces and the subsequent offering of the base to China and the granting of political asylum to WikiLeaks co-founder Julian Assange.

For Correa, if he is right, the clock is ticking. Ecuadorians go to the polls on February 17 less than a month and a half from now. Reportedly his life will be at greatest risk when campaigning begins and after he registers to run, on January 15th until the actual election, unless of course Correa becomes afraid and decides to not run and hides in the shadows, something which is highly unlikely.

The latest information about a plot to assassinate Correa came from a Chilean journalist named Patricio Mery Bell who was investigating an alleged $88-million drug-money-funded CIA plot to destabilize the Ecuadorian government and the region.

Correa has also become a pain in the neck for the US as he often maintains the same stance on issues as Venezuelan President Hugo Chavez, currently battling with a strangely coincidental case of cancer.

Another huge sin by Correa is that, just like Muammar Gaddafi, he has reduced poverty in his country, increased the standard of living for all citizens, expanded democracy and while doing all of this has maintained an independent political and economic stance. Like Libya, Cuba, Iraq before the invasion and other countries where social democratic and socialist systems were growing and prospering, Ecuador’s societal model can not be allowed to stand as it contradicts US propaganda and capitalist interests.

Ecuador is also one of Latin America’s largest oil exporters and rejoined OPEC in 2007, and like Iraq and Libya is diversifying its trade and hard currency reserves away from the dollar. Something both Hussein and Gaddafi did days before their countries were invaded.

So the reasons for the CIA assassinating Correa are many and obvious, if he can be replaced by a US leaning puppet, the US can exploit Ecuador’s oil, enable the exploitation of the population by US corporate and business interests, further undermine other countries and leaders in the region, expand its influence, regain its lost military position and bases, important for logistical support for covert missions and illicit trade, and lastly evict Julian Assange from the Ecuadorian Embassy in London.

Previous Article
Jeremy Renner To Star in CIA Thriller Based on Story of Gary Webb
Next Article
Haiti: Aristide is Questioned; Duvalier is Issued New Passport 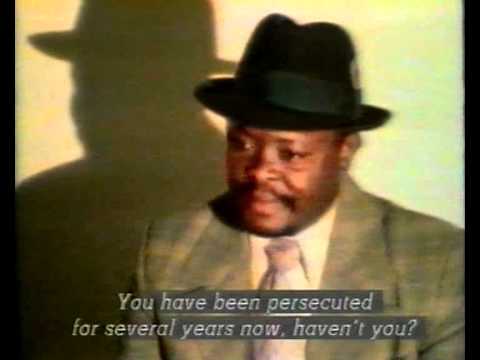