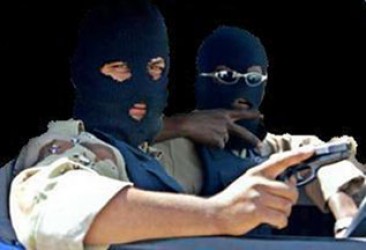 Blackwater Employees Were Involved in Two Shooting Incidents in Past Week

By Steve Fainaru and Saad al-Izzi
Washington Post Foreign Service
May 27, 2007; Page A01

Employees of Blackwater USA, a private security firm under contract to the State Department, opened fire on the streets of Baghdad twice in two days last week, and one of the incidents provoked a standoff between the security contractors and Iraqi forces, U.S. and Iraqi officials said.

A Blackwater guard shot and killed an Iraqi driver Thursday near the Interior Ministry, according to three U.S. officials and one Iraqi official who were briefed on the incident but spoke on condition of anonymity because of a pending investigation. On Wednesday, a Blackwater-protected convoy was ambushed in downtown Baghdad, triggering a furious battle in which the security contractors, U.S. and Iraqi troops and AH-64 Apache attack helicopters were firing in a congested area. ...