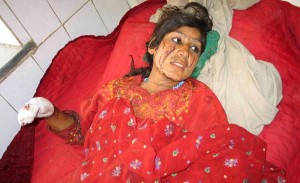 ... In a disclosure that has dismayed Downing Street and the White House, the website has published the files and handed them over in full to three national newspapers in three different countries.

Downing Street and the Ministry of Defence refused to comment on the contents of the documents but a No10 spokesman said: 'We would lament all unauthorised releases of classified material.'

The secret documents suggest that coalition forces have killed hundreds of civilians in incidents that have never been reported. They include claims that 16 children were among the civilians shot or bombed in error by British troops.

They also reveal how a secret 'black' unit of special forces hunts down Taliban leaders for 'kill or capture' without trial and show that the U.S. covered up evidence the Taliban had acquired deadly surface-to-air missiles.

Other disclosures include how the coalition is increasingly using deadly Reaper drones to hunt and kill Taliban targets and that the Taliban has escalated its roadside bombing campaign which has claimed 2,000 lives to date.

The documents detail coalition troops shooting unarmed drivers and civilian motorcyclists because they are terrified that they could be Taliban suicide bombers.

In one incident never before reported, French troops shot at a bus full of children because it had come too close to a military convoy.

Eight children were wounded in the attack, which took place in the village of Tangi Kalay, near Kabul, in 2008.

Other reports record how a U.S. patrol machine-gunned a bus, wounding or killing 15 of its passengers.

And they show how Polish troops mortared a village in 2007, killing a wedding party including a pregnant woman, in what was apparently a revenge attack.

Colonel Stuart Tootal, who commanded 3rd Battalion Parachute Regiment in Helmand Province in 2006, said the information 'could impact on the security of our soldiers'.

He said Nato forces in Afghanistan now put a 'huge emphasis' on avoiding civilian casualties and played down the relevance of the leak.

Col Tootal told the BBC Radio 4 Today programme: 'I think we have to really caution that this is going to be seen as more bad news coming out of Afghanistan.

'In terms of the general themes, nothing we are finding out from these reports is new. There have been significant changes on the ground that have occurred only this summer.'

Colonel Richard Kemp, another former head of UK forces in Afghanistan. added: 'It's potentially damaging to operational security. But I think at the same time it's important people understand how difficult it is.'

The White House has condemned the leak and claimed that the publication of details from the secret documents could put lives at risk.

WikiLeaks has delayed the releases of another 15,000 reports for 'harm minimisation' but plans to publish them in full later as the security situation in Afghanistan allows.

Its founder Julian Assange today defended their publication and insisted they had taken steps to avoid increasing the security risk.

He compared the material to the opening of the East German secret police archives.

'We are familiar with groups whose abuse we expose attempting to criticise the messenger to distract from the power of the message,' he said at a press conference in London.

'We don't see any difference in the White House's response to this case to the other groups that we have exposed.

'We have tried hard to make sure that this material does not put innocents at harm. All the material is over seven months old so is of no current operational consequence, even though it may be of very significant investigative consequence.'

Mr Assange added: 'It's clear that it will shape an understanding of what the past six years of war has been like, and that the course of the war needs to change. The manner in which it needs to change is not yet clear.'

He said the files were not about one single horrific event but the bigger picture of the conflict, now into its ninth year.

'The real story of this material is that it is war, it's one damn thing after another,' he said. 'It's the continuous small events, the continuous deaths of children, insurgents, allied forces, the millions of people.'

Mr Assange said WikiLeaks had 'no reason' to doubt the reliability of the files, but cautioned that they presented only a partial picture.

He said: 'You will find that the US military units when self-reporting of course often speak in self-exculpatory language, redefine civilian casualties as insurgent casualties, downplay the number of casualties. And we know this by comparing these reports to the public record for where there has been comprehensive investigation.'

The files the site has released record in sometimes harrowing detail the toll the conflict has taken on the Afghan people.

Many of the reports - compiled by American forces - implicate British troops in unexplained attacks on civilians.

One report refers to a cluster of four British shootings on the streets of Kabul within the space of barely a month, in October and November 2007.

The shootings culminate in the killing of the son of an Afghan general by British forces.

Of one shooting, the Americans compiling the report wrote: 'Investigation is controlled by the British. We not able [sic] to get the complete story.'

A second cluster of civilian shootings, all involving Royal Marine commandos in the ferociously fought-over Helmand province, took place in a six-month period at the end of 2008.

When asked about these allegations, the Ministry of Defence told the Guardian: 'We have been unable to corroborate these claims in the short time available and it would be inappropriate to speculate on specific cases without further verification of the alleged actions.'

At least 195 civilians are admitted to have been killed and 174 wounded in the Afghanistan conflict so far and the six-year war has cost the lives of more than 320 British servicemen.

The publication of the files comes as concerns grow that President Obama's 'surge' strategy is failing. ...