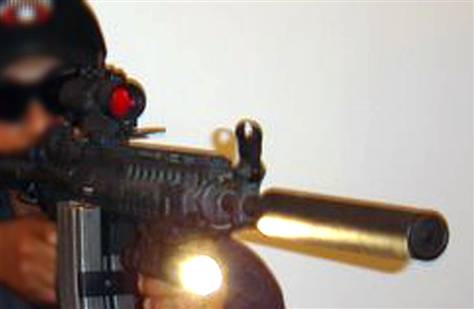 WASHINGTON — The private security company formerly called Blackwater Worldwide, long plagued by accusations of impropriety, has reached an agreement with the State Department for the company to pay $42 million in fines for hundreds of violations of United States export control regulations.

The violations included illegal weapons exports to Afghanistan, making unauthorized proposals to train troops in south Sudan and providing sniper training for Taiwanese police officers, according to company and government officials familiar with the deal.

The settlement, which has not yet been publicly announced, follows lengthy talks between Blackwater, now called Xe Services, and the State Department that dealt with the violations as an administrative matter, allowing the firm to avoid criminal charges. A company spokeswoman confirmed Friday that a settlement had been reached. The State Department spokesman, Philip J. Crowley, said he could not immediately comment.

The settlement with the State Department does not resolve other legal troubles still facing Blackwater and its former executives and other personnel. Those include the indictments of five former executives, including Blackwater’s former president, on weapons and obstruction charges; a federal investigation into evidence that Blackwater officials sought to bribe Iraqi government officials; and the arrest of two former Blackwater guards on federal murder charges stemming from the killing of two Afghans last year.

But by paying fines rather than facing criminal charges on the export violations, Blackwater will be able to continue to obtain government contracts. While the company lost its largest federal contract last year to provide diplomatic security for United States Embassy personnel in Baghdad, where the Iraqi government was incensed by killings of Iraqis in one highly publicized case, it still has contracts to provide security for the State Department and the C.I.A. in Afghanistan.

Blackwater, its reputation tainted in part because of the excessive use of force by some of its personnel in Baghdad, sought for years to extend its reach far beyond the war zones of Iraq and Afghanistan.

For a time, the company’s founder, Erik Prince, had ambitions to turn Blackwater into an informal arm of the American foreign policy and national security apparatus, and proposed to the C.I.A. to create a “quick reaction force” that could handle paramilitary operations for the spy agency around the world. He had hopes that Blackwater’s military prowess could be an influential force in regional conflicts around the world.

Mr. Prince, a former Navy Seals member and the heir to an auto parts fortune, took an interest in Africa, particularly Sudan, and he is said to have wanted Blackwater to step in to help the rebels in southern Sudan, which is predominantly Christian and animist, fight the Sudanese government and the Muslim north, despite United States economic sanctions.

Blackwater’s ambitions in Sudan were described in detail by McClatchy newspapers in June.

The settlement with the State Department, involving practices from the days before Blackwater was rebranded as Xe Services, comes as Mr. Prince is trying to shed his ties to Blackwater and its past activities.

He overhauled the company’s management in 2009, changed its name, and has now put the privately held company up for sale. He has just moved with his family to Abu Dhabi from the United States, a move that colleagues say was a result of his deep anger and frustration over the intense scrutiny he and his firm have received in recent years. …

L.A. Times: The Obama Administration’s Attacks on the Media
Aug 21