“Mind control is a made-up term – but yes, it is possible to totally influence a person’s inner world ” – Professor E Mark Stern

The Lakeshore Entertainment project takes place in a world where mind-control technology has taken society by storm. In this dystopian world, the ultimate online simulation environment is humans remote-controlling other humans in mass-scale, multiplayer online gaming. Butler plays Kable, the No. 1-ranked warrior in the highest-rated game, called “Slayers.” With his every move tracked by millions, Kable’s ultimate challenge is to regain his identity and bring down the system that has imprisoned him. … Continued: http://uk.reuters.com/article/entertainmentNews/idUKN181850320070518

THE MYSTERY OF MIND CONTROL 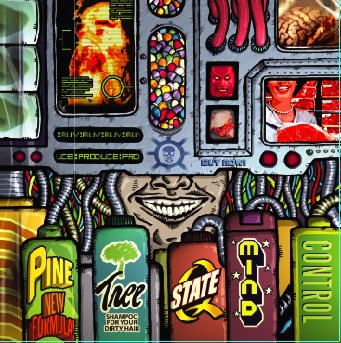 Deleting memories is simple with computers, but as the movie Eternal Sunshine Of The Spotless Mind shows, it’s still – as far as humans are concerned – the stuff of science fiction. Or is it?

Charlie Kaufman’s new film Eternal Sunshine of the Spotless Mind, tells the story of Joel (Jim Carrey), who has the memory of a soured relationship erased from his brain by a slightly sinister research organisation, Lacuna Inc. Lacuna carries out “cutting-edge, non-surgical procedures for the focused erasure of troubling memories.” It even has its own website [see internet links] – though anybody looking to erase the memory of a lost love or traumatic accident should bear in mind that Lacuna Inc is fictional, the website is for film promotional purposes only, and the treatment it proposes is as yet the stuff of fiction.

Or is it? American neuroscientists are currently developing “memory-management” drugs. They believe that such pills could help individuals improve their memory skills or even erase unwanted memories, such as that bad childhood experience lurking at the back of your mind. According to Eric Kandel, a Nobel Prize-winning memory researcher at Columbia University in Manhattan, memory-improving and memory-deleting medicines may be available within five to 10 years. More than 40 drugs aimed at improving memory are currently going through clinical trials with the US Food and Drug Administration. Those who can’t wait five years might try mind controller Derren Brown who, according to Channel 4, displays an “amazing ability to put ideas into people’s heads”. Lacuna Inc’s focused erasure of troubling memories may sound a bit sci-fi, but in a recent episode of Brown’s show, he appeared to erase, through mere suggestion and manipulation, a London cabbie’s knowledge of where the London Eye was. At one point the cabbie drove straight past the Eye declaring, “It’s around here somewhere…” “Mind control is a made-up term – but yes, it is possible to totally influence a person’s inner world ” – Professor E Mark Stern Hypnosis meanwhile, where individuals are put into a trance-like state, is big business – both as treatment and entertainment. Hypnotists, or “registered hypnotherapists” as most prefer to be called, claim that they can help people give up smoking. Others claim that advertising is a form of mind control, where subliminal messages are planted in our minds by sneaky corporations who want us to buy their products. Indeed, according to reports, we will soon enter the age of “hypersonic messaging”, in which advertisers hope to use advances in neurotechnology to bombard people’s brains with signals to trigger purchases. Little wonder the web will offer a rich seam of conspiracy theories, and even advice on how to construct an Aluminium Foil Deflector Beanie, a hat made from tinfoil described as “an effective low-cost solution to combating mind control….” [see internet links]. 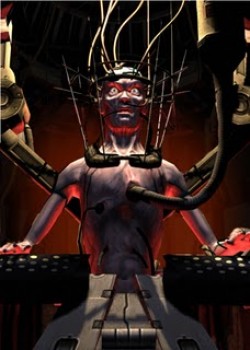 So is mind control myth or reality? “‘Mind control’ is a made-up term”, says Professor E Mark Stern of Iona Collage in New York, author of The Other Side of the Couch. “But yes, it is possible to totally influence a person’s inner world.” According to Stern, there can be good mind control and bad mind control. “In its best sense, mind control is akin to self-control, often used as a product of meditation. This can be helpful for pain management. “But then there are things like cults – there, mind control happens when a cult wins over another person’s consciousness through hypnotic-like inducements including ‘love bombs’, a form of praise, overseeing an inductee’s every action, and eventually using shame and the threat of being expelled by the cult as a means of controlling them.” Mind control is a relatively recent concept. It first emerged in the aftermath of the Korean war, when it was claimed that the Chinese had carried out mind control experiments on US prisoners of war, as depicted in the 1962 film The Manchurian Candidate. Since then mind control, or “brainwashing”, has been used to explain many different phenomena, from our ad-led consumer culture to some people’s willingness to ditch everything and sign up to weird millenarian cults. There are various hypothetical techniques of mind control: among them the use of drugs, such as “truth serum”, to induce a more relaxed state of mind; hypnosis, where an individual is put into a trance-like state usually in order to recover memories; Pavlovian conditioning, named after experiments carried out by the Russian psychologist Ivan Pavlov in the early 20th Century, where he described how we are “conditioned” into certain types of behaviour; and indoctrination, where an authoritative body uses propaganda or the threat of force to shape individuals’ minds and belief systems. Yet among sociologists and psychologists, mind control is a bitterly contested theory. Some do not believe the human mind can ever fully be controlled by outside forces. While they accept that individuals can be made to behave in a certain way under duress or threat of force (“What wouldn’t you do with a gun pressed to your head?” asked one recent article on the subject of mind control), they doubt that individuals can be manipulated against their will by sexy advertising, hypnotists or even cult leaders. Massimo Introvigne, founder of the Center for Studies on New Religions, believes that mind control theorists leave out one important thing – free will, our ability to think for ourselves even under extreme circumstances. …