” … The bin Ladens have a ten million dollar stake in the Fremont Group, a San Francisco-based company formerly called Bechtel Investments, which was until 1986 a subsidiary of Bechtel. The Fremont Group’s website, which makes no mention of the bin Ladens, notes that ‘though now independent, Fremont enjoys a close relationship with Bechtel.’ … “

The Bechtel Group is the largest engineering company and third largest privately-owned company in America. Headquartered in San Francisco, they have about 50,000 employees working on projects in about 50 countries. Bechtel participated in the building of Hoover Dam in the 1930s. It was also involved in several other high profile construction engineering projects such as the Channel Tunnel, numerous power projects, refineries, nuclear power plants, BART, Jubail Industrial City, the King Fahd International Airport in Dammam, the Kingdom Centre and Tower in Saudi Arabia, Hong Kong International Airport, the Boston Big Dig, the rebuilding of the infrastructure of Iraq funded by the United States Agency for International Development (USAID), and the hauling and installing of more than 35,000 trailers and mobile homes for Hurricane Katrina victims in Mississippi.

Since 1989 Bechtel has contributed over $5.5 million to both Democratic (46%) and Republican (54%) political candidates, and since 1997 has invested over $1.1 million in lobbying. For that relatively modest amount of payola – and despite multiple instances of legal and regulatory violations documented in the POGO Federal Contractor Misconduct Database – they’ve been “awarded” more than $41.3 billion in defense and other government contracts since 2000, including over $3.9 billion from the Obama Administration just last year, and over $203 million from the Obama DOE just last month.

And how does Bechtel get (away with) so much for so little? Connections, that’s how… Jane Mayer of The New Yorker wrote about the connections of Bechtel with the Bin Laden family, the Bush family, and administration officials:

“The bin Ladens have a ten million dollar stake in the Fremont Group, a San Francisco-based company formerly called Bechtel Investments, which was until 1986 a subsidiary of Bechtel. The Fremont Group’s website, which makes no mention of the bin Ladens, notes that ‘though now independent, Fremont enjoys a close relationship with Bechtel.’ Mayer further wrote, ‘One Fremont director, Riley Bechtel, is the chairman and chief executive officer of the Bechtel Group, and [was] a member of the Bush administration: he was appointed … to serve on the President’s Export Council. In addition, George P. Shultz, the Secretary of State in the Ronald Reagan Administration, [served] as a director both of Fremont and of the Bechtel Group, where he once was president…’”

“Many Americans may be unaware of the connection between the Bechtel Corporation and the U.S.-led war in Iraq. Bechtel employees like George Shultz not only used their political influence to help bring this war about, but key Bechtel board members and employees with advisory positions to the Bush Administration helped ensure that Bechtel would receive one of the most lucrative contracts for rebuilding what they had helped to destroy. On April 17 [less than 30 days after the Iraqi War began on March 20] Bechtel received one of the first and largest of the rebuilding contracts in Iraq. Worth $680 million over 18 months, the contract [included] the rebuilding, repair and/or assessment of virtually every significant element of Iraq’s infrastructure, from power generation facilities to electrical grids to the municipal water and sewage systems. The contract was granted in backroom deals without open and transparent bidding processes and the content remains hidden behind a veil of secrecy. The contract has not been publicly disclosed to American taxpayers…”

By 2007 those Iraqi reconstruction millions had blossomed into billions – for which a report by the Special Inspector General for Iraq Reconstruction revealed Bechtel failed to meet the contractual goals most of the time. It is alleged that some of the construction projects managed by Bechtel were either poorly implemented, failing within months of their installation, or designed in such a way that Iraqi engineers did not have the knowledge or components to fix Bechtel’s proprietary technology.

This was not the first time the engineering giant proved to be a washout, especially with water systems: In September 1999, Bechtel signed a contract with Hugo Banzer, the elected president and former dictator of Bolivia, to privatize the water supply in Bolivia’s third-largest city, Cochabamba. The contract was officially awarded to Aguas del Tunari, a consortium in which Bechtel held a 27.5 percent interest.

Shortly thereafter, claims surfaced that water rates in that city went up an average of about 50 percent and that EVEN THE COLLECTION OF RAINWATER WAS MADE ILLEGAL as a result of the privatization contract. Both of these actions resulted in the Cochabamba protests of 2000. Many had to withdraw their children from school and stop using doctors because of higher costs for water. Martial law was declared, and Bolivian police killed at least 6 people and injured over 170 protesters. Amidst Bolivia’s nationwide economic collapse and growing political unrest, the Bolivian government cancelled the water contract.

For Bechtel, it was just bad luck they didn’t have any Bushbamas or Bin Ladens to go to bat for them in Bolivia.

This document contains links shortened using http://tinyurl.com to facilitate emailing. If you are concerned that we would use them to cloak phishing or malware, you should open them with this: http://longurl.org 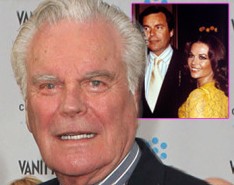