A new study shows that corporate PACs have funneled $35.6 million since January 2021 to candidates who repeat Trump's 'big lie.' 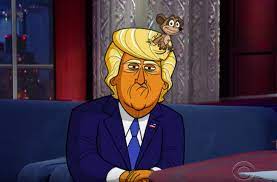 AT&T donated $619,500 to political candidates who have denied or questioned the outcome of the 2020 election, according to a Popular Information report.

Texas-based corporations — including at least one headquartered in San Antonio — were among the biggest donors to political candidates who continue to deny the results of the 2020 election, according to an analysis by Popular Information.

Since January 2021, corporate PACs have shoveled $35.6 million dollars into the coffers of candidates for federal and top statewide offices who deny or question the integrity of the election, according to the online news site's number crunching.

The top donor corporations on Popular Information's list include Dallas-based telecom giant AT&T, which ranked at No. 2 with $619,500 in contributions to election-denying candidates. Those come despite a company pledge that it would “suspend contributions to members of Congress” who voted to overturn the election.

Other companies that landed on the list with significant San Antonio operations include Boeing (No. 5), Lockheed Martin (No. 8) and Toyota (No. 36).

Stay on top of San Antonio news and views. Sign up for our Weekly Headlines Newsletter.

Trump Appeals Dismissal Of Insane RICO Trollsuit Against Hillary Clinton Because ... (Above the Law)