Hugo Boss and the Nazis 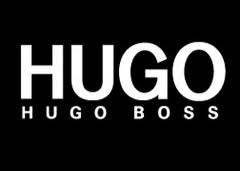 ... In 2006, Austrian magazine Profil produced a sensation when it claimed that the world-known clothing brand Hugo Boss desecrated its reputation during World War II. It was said that the company was making clothes for both Wehrmacht and SS officers. The International Military Tribunal at Nuremberg recognized SS as a criminal organization.

Moreover, the article in the magazine said that Hugo Boss used the work of concentration camp prisoners. Hugo Boss's son Siegfried said a year later that his father was a member of the Nazi party.

Hugo Boss opened his tailor shop in 1923, at the height of the economic crisis. Before 1931, the shop was hardly bringing any profit. The situation changed after Boss joined the Nazi party. Two years later, Boss received a state order for making military coats for SS officers, Wehrmacht military men and members of Hitler-Jugend youth organization. The military clothes designed by Hugo Boss are still considered the best uniforms in history. After the war, Boss was fined 80,000 Reichsmarks as an associate of the Nazi regime. In 1948, Hugo Boss retired and handed his business over to his heirs.

Death camps prisoners worked for other German enterprises too, such as Krupp, Siemens, Bayer, Mercedes-Benz, Volkswagen, Porsche. They even worked for Ford. One shall assume that the products of these companies shall be boycotted. It is worthy of note that black SS uniforms were designed by 34-year-old heraldry specialist, Professor Dr. Karl Diebitsch and his assistant Walter Heck. The latter designed the SS cold steel arms and the double Sig Rune. Hugo Boss's studio was making clothes for top SS officials and Luftwaffe.

Diebitsch was inspired with the uniforms worn by Prussian hussars (Totenkopfhusaren), whose mirlitones were decorated with Totenkopf emblems - "dead head". The combination of black and white was a tribute paid to heraldic colors of the Kingdom of Prussia.