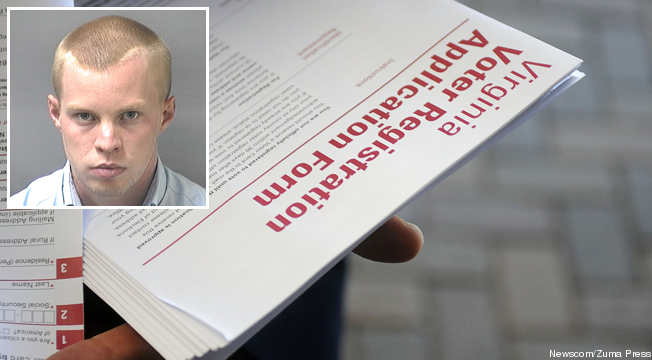 On October 18th, Republican Party field director Colin Small was arrested in Virginia on charges of committing voter registration fraud. Small, who was part of a broader swing-state operation financed by the RNC, was first hired by Strategic Allied Consulting—a firm run by GOP consultant Nathan Sproul, who has a lengthy history of being accused of voter registration fraud and whose activities on behalf of the RNC in Florida this cycle are the subject of an ongoing criminal investigation.

In response to yesterday’s revelation—part of a growing voter registration fraud scandal that has embroiled the RNC—DNC Chair Debbie Wasserman Schultz released the following statement:

“Over the course of this election cycle, the Republican National Committee has now been implicated or alleged to have been involved in voter registration fraud in no fewer than three states: Virginia, Colorado and my home state of Florida. It’s not hard to connect the dots here—each of these cases is directly connected to Chair Reince Priebus, who as Chair of the RNC hired a firm headed by Nathan Sproul, a longtime Republican consultant with a known history of alleged voter registration fraud.

“But Sproul’s checkered past hasn’t affected his success. In 2008, it didn’t stop then-Wisconsin GOP Chair Reince Priebus from hiring Sproul to run his absentee ballot walk program. It didn’t stop the Romney campaign from paying $80,000 to a separate Sproul-run firm. It certainly didn’t prevent Karl Rove’s American Crossroads PAC from paying nearly $1 million to Sproul’s firms for voter outreach. And it has not stopped the RNC from directing millions to Sproul’s firm since Reince Priebus became Chair last year. It should come as no surprise, then, that Colin Small—the Republican Party field director arrested yesterday for dumping voter registration forms in the trash—was working under the supervision of RNC officials and was first hired by a Sproul-run firm.

“The fact that these allegations aren’t surprising does not make them any less reprehensible. What we have seen throughout this cycle is a concerted effort by the RNC and its allies to win the game by rigging it altogether. They have repeatedly violated the trust of the American people and launched one attack after another on the fundamental right to vote—and it’s a fight they will continue to lose. Just as we have for decades, the Democratic Party will continue to push back on these shameful tactics and keep working to ensure that all eligible Americans are able to make their voice heard in this and future elections.”