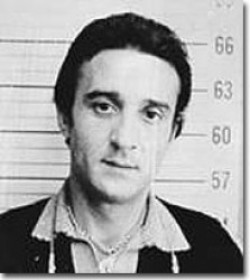 ROME (AP) — A top boss from the Gambino Mafia clan is now in custody in Italy after being deported from the United States.

Italian authorities took 67-year-old Rosario Gambino into custody today when he arrived at Rome’s Leonardo da Vinci airport on a flight from Miami. Gambino was considered a top mobster in the New York-based crime family led by his late cousin, Carlo Gambino.

In 1984 he was convicted in a multi-million-dollar drug conspiracy and sentenced to 45 years in jail. Gambino was linked to the “Pizza Connection” probe, which broke a $1.6 billion heroin and cocaine smuggling operation that used pizzerias as fronts from 1975 to 1984.

In a statement, Italian police say he’d been at an immigrant detention center in California since 2007, awaiting expulsion. Gambino is expected to face trial in Italy on separate drug and Mafia-connected charges.