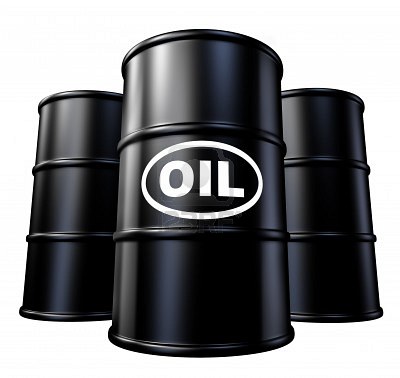 Four years later, Wall Street as well as the oil and gas industry will return to work today knowing that they heavily backed the losing side and now have very little political capital with the re-elected Obama administration and the Democratic majority in the U.S. Senate.

Some urgent bridge-building will be required in the coming days if they are to influence financial regulation and energy policy over the next four years.

President Barak Obama's re-election ensures the Democrats will retain their 3-2 majorities on the Securities and Exchange Commission (SEC) and the Commodity Futures Trading Commission (CFTC), the agencies charged with implementing the controversial derivatives portions of the 2010 Wall Street Reform and Consumer Protection Act.

Senate Democrats and the president will block any attempt to re-write the Dodd-Frank Act, and the continuing Democratic majority in the Senate will leave the president with a relatively free hand to nominate regulators committed to a fairly aggressive interpretation of the landmark financial law.

On energy and the environment, the Department of Energy and the Environmental Protection Agency (EPA) will remain in the hands of conservation-minded policymakers, who want to tilt the energy market in favour of clean technologies, back strict controls on greenhouse emissions and vehicle efficiency and are somewhat sceptical about drilling for oil and gas.

BACKING THE LOSING SIDE

In the past 18 months, the financial services and fossil energy industries moved into outright opposition to the Obama administration and the Democratic Party, making little secret of their desire to see a Republican takeover in Washington.

Employees of banks such as Goldman Sachs and JPMorgan Chase and Co, as well as many brokerages and derivatives dealers poured millions of dollars into political action committees that supported Romney for president and backed other Republicans in a bid to seize control of the Senate.

The American Petroleum Institute (API), which lobbies on behalf of the oil and gas industry, created and funded Vote4Energy to campaign for oil- and gas-friendly policies in battleground states. The organisation was nominally independent, but its positions and advocacy closely mirrored the views of the Romney campaign.

In return, Romney's campaign promised to repeal the hated Dodd-Frank law and ease restrictions on the development of fossil energy.

Wall Street and the fossil energy industry now must decide how to cope with the new reality that the White House and the executive branch will remain under Democratic control for the next four years, while Democrats will control the Senate until the start of 2015.

One option is to maintain a strong oppositional stance. The U.S. House of Representatives remains in the hands of a solid Republican majority and can be counted on to block any attempts to pass fresh legislation on energy or financial services that the industries do not like.

The U.S. District Court and Court of Appeals for the District of Columbia, which review most financial and environmental regulations, remain in the hands of conservative judges, most appointed by Republican presidents, and will continue to review regulations critically.

Lobbying groups such as the Securities Industries and Financial Markets Association (SIFMA), the International Swaps and Derivatives Association (ISDA), the API and the U.S. Chambers of Commerce have mounted a series of legal challenges to regulations implementing Dodd-Frank and in some cases have won the first round.

It is part of a broader coordinated effort to roll back financial, energy and environmental regulations by citing cost-benefit concerns.

The two industries could continue to mount a guerrilla campaign against the new regulations in the courts and the House, harrying regulators with legal challenges, cuts to agency budgets and congressional hearings.

But most of the legal victories that the industries have won so far have been on peripheral issues, such as lack of adequate cost-benefit analysis. They have been unable to prevail on the substance of the new laws and regulations. And regulators now have four more years to redraft any regulations that the courts find deficient.

In 2012, business lobby groups and the Republican Party made some headway among voters with their argument that the Obama administration was over-regulating the economy and harming the recovery, but it was not enough. By 2016, Dodd-Frank and the administration's energy policies will be well entrenched and the argument may not have so much resonance with the electorate.

So industry leaders will come under intense pressure in the weeks and months ahead to bury the hatchet and take a more conciliatory approach to the administration and Senate Democrats.

Banks and energy companies have spent record amounts on lobbying in Washington in the past four years. Goldman Sachs, for example, spent almost $3.3 million lobbying senators and representatives in the 12 months to September, according to filings with the congressional lobbying database, on issues connected with derivatives reform and tax policy.

But however much money they pour into lobbying efforts, the perception that energy companies, banks and brokerages, as well as most of their employees, are solidly behind the Republican Party will limit their future influence on a range of issues that are vital for both industries.

Pressure to rebuild a constructive relationship with the White House and at least part of the Senate Democratic Caucus will therefore be intense.

In fact there are a variety of issues on which the two sides could reset the relationship. Fiscal reform is one area in which there could be scope for compromise. Business and financial leaders have been signalling for weeks that they are ready to support moderate tax increases as part of an overall tax and spending package to avert the fiscal cliff.

The Keystone XL pipeline is another early decision where the president could reach out to the industry and appear to back the development of fossil fuel resources, albeit with strict safety and environmental safeguards.

But it will take a spirit of compromise on both sides. After a resounding defeat, the energy and financial services industries would be wise to repair relationships.