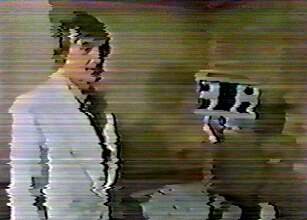 “In 1984, Dr. Ross Adey, chief of research at the Pettis Memorial Veterans Hospital in Loma Linda, California, obtained from Soviet colleagues what is known as ‘a mini-Woodpecker transmitter,’ labelled the LIDA, and apparently developed by Lev Rabichev and his colleagues in Soviet Armenia (see patent information). The LIDA operated on a frequency of 40 MHz and bombarded the brain with low frequency radio waves. It was used experimentally by the Russians as ‘a replacement for tranquilizers and their unwanted side effects.’ The pulsed radio waves were said to ‘stimulate the brain’s own electromagnetic current and produce a trance-like state. … ”
http://www.philipcoppens.com/woodpecker.html

” …In California, it was discovered by  Dr. Adey that animal brain waves could be altered directly by ELF fields. It was found that monkey brains would fall in phase with ELF waves. These waves could easily pass through the skull, which normally protected the central nervous system from outside influence. …

“Thirty years ago, Allen Frey discovered  that microwaves of 300 to 3000 megahertz could be “heard” by people, even if  they were deaf, if pulsed at a certain rate. Appearing to be originating just in  back of the head, the sound boomed, clicked, hissed or buzzed, depending upon  the frequency. Later research has shown that the perception of the waves take place just in front of the ears. The microwaves causes pressure waves in the brain tissue, and this phenomenon vibrates the sound receptors in the inner ear through the bone structure. Some microwaves are capable of directly stimulating the nerve cells of the auditory pathways. This has been confirmed with experiments with rats, in which the sound registers 120 decibels, which is equal to the volume of a nearby jet during takeoff. Aside from having the capability of causing pain and preventing auditory communication, a more subtle effect was demonstrated at the Walter Reed Army Institute of Research by Dr. Joseph C. Sharp. Dr. Sharp, himself, was the subject of an experiment in which pulsed  microwave audiograms, or the microwave analog of the sound vibrations of spoken  words, were delivered to his brain in such a way that he was able to understand  the words that were spoken.Military and undercover uses of such a device might include driving a subject crazy with inner voices in order to discredit him, or conveying undetectable instructions to a programmed assassin.

“But the technology has been carried  even a step further. It has been demonstrated by Dr. Ross Adey that microwaves can be used to directly bring about changes in the electrical patterns of different parts of the brain. His experiments showed that he could achieve the  same mind control over animals as Dr. Delgado did in the bull incident. Dr. Delgado used brain implants in his animals, Dr. Adey used microwave devices without preconditioning. He made animals act and look like electronic toys.“

” … Ross Adey, one who received CIA funding, found that modulated microwaves manipulated in diverse manners, could effect or cause ’specific electrical patterns’ within the human brain, and that within subjects, responses representing conditioning, could be ‘enhanced by shaping the microwaves with rhythmic variation in amplitude corresponding to EEG frequencies.'” (Dr. Robert O. Becker, Body Electric, p. 320.)

MILITARY SCIENCE AND THE HUMAN BRAIN

“‘Historic fact laying foundations for aerospace and neuroscience:’ Driven by the need to obtain the physiological knowledge required to fulfill President Kennedy’s commitment to put a man on the moon in the 1960s, Adey, as Director of the Space Biology Laboratory (1961 to 1974) at the UCLA Brain Research Institute, conducted animal and human research. His laboratory developed the technology for biotelemetry from space that allowed EEG recordings from astronauts Lovell and Borman showing the effects of weightlessness on brain function. … “

The CIA and Electromagnetic Mind Control

Dr Ross Adey, formerly of the Brain Research Center at the University of Southern California, and now at the Loma Linda University Medical School, California, worked on the CIA’s infamous Pandora project. His research involved inducing of specific behaviour modifications by electromagnetic means, as well as inducing calcium efflux events to interfere with brain function-the so-called “confusion weaponry”. (More recently, Dr Adey has been warning against the biological hazards of EM emissions from mobile phones.)

Dr Adey’s research at the Brain Research Center has shown the existence of a biological reaction to EM radiation. This reaction was found to be dependent on the frequency, amplitude and dose of the microwave radiation used.

In the 1980s Dr Adey performed some crucial experiments using microwave carrier-waves modulated with ELF waves to modify brain tissue responses. He carried out experiments with cat brain tissue, showing that the binding of calcium ions to neuronal sites was affected by weak EM fields. These fields were of a frequency and amplitude similar to fields produced in mammalian bodies and detected on electroencephalographs (EEGs).

Dr Adey demonstrated how a 147-megahertz (MHz) field, which at tissue level had an intensity of 0.8 milliwatts per square centimetre, caused an efflux or release of calcium ions from the irradiated brain tissue. This response only occurred when the ELF modulation of the microwave carrier-wave had an amplitude modulated at 6-20 hertz (Hz). The maximum stimulation of the neurones took place at 16 Hz, but to either side of this frequency-range parameter there was no effect.8  [1996 Nexus] REMOTE VIEWING: THE STORY OF THE REAL X FILES By Turan Rifat

Secondly, the police have been granted the exclusive use of the 450 MHz microwave frequency range. This is exactly the frequency used by Dr Ross Adey, the CIA mind control expert, in his experiments on behavioural modification. It seems the police have the exclusive use of this mind control frequency and a vast array of antennae to broadcast this frequency all over the country. Very useful for mass mind control in times of emergency. Adey found that by using 0.75mW/cm2 intensity of pulse modulated microwave at a frequency of 450 MHz, it was discovered that an ELF modulation could be used to control all aspects of human behaviour. The Sussex police headquarters is connected to CCTV, closed circuit television cameras throughout the town. Some of these cameras have microwave telemetry devices that could easily be used to broadcast this frequency. The large antennae that bracket the town could also be used. MICROWAVE MIND CONTROL by Tim Rifat

By use of my  microwave detector, I have found that mobile phones of the newer type, give off  a pulse modulatedmicrowave signal of around 0.75mW/cm2 at the earpiece. This may be coincidence, but it is exactly the intensity required form behavioural control as found by Dr Ross Adey, the pioneer of microwave mind control. So in theory, an ELF signal could be added to the microwave network to feed a precise behavioural pattern into every mobile phone user in the UK. If their were widespread riots, the ability to broadcast behavioural stimuli to mollify all the mobile phone users in the country would prove useful. Since mobile phone users are generally middle class, it means authority has a useful method of controlling the behaviour of the key voters. Microwave carrier beams are perfect for transmitting the excitation potential of docility to the phone user to keep them servile in times of trouble. When no ELF signal is broadcast the phone acts in a completely different manner on behaviour in humans. In this case the microwave phones causes the neurones to release calcium ions which makes the user tired irritable and when stresses likely to emotional outbursts such as road rage. MICROWAVE MIND CONTROL by Tim Rifat

The TETRA system pulses at 17.6 Hz broadcast at 400 MHz which is essentially the Pandora Project funded by the CIA in the late ’60s and early ’70s. Dr Ross Adey, the chief researcher on the Pandora Project has released a video to leading UK researchers which proves that not only does the TETRA system cause ELF zombification by massive release of calcium ions in the cerebral cortex and the nervous system, but the activated calcium ions also cause massive hormonal disturbances which lead to frenzied imbalances, emotional and physical states……

Use of the TETRA system by the police will lead to psychotronicaly controlled officers who may be totally controlled in any situation and are very useful for states of economic or social chaos where extreme and violent behaviour is needed without any conscious or moral compunction – so-called police robots. [2001] The TETRA System: Mass UK Mind Control Technology and the Zombification Of Britain’s Police is Now A Reality, by Tim Rifat

One of the first voices in the West to raise concern was Professor Ross Adey.  Although interested in radio and the development of radar from an early age, he  qualified in medicine in Australia during the war and then came to Oxford to  study brain physiology. He was appointed as a professor at University of  California in 1954 and in 1961 joined their newly formed Brain Research  Institute. In 1965 he was appointed as Director of the new Space Biology  Laboratory. The projects his teams worked on were related to brain activity of  service personnel, including the effects of pulsed ELF and microwave radiation, and were funded by NASA, ARPA, NSF, USAF and USN. Since then he has remained at  the forefront of research into these matters. He commented recently “I would be  very concerned about a four-watt Tetra hand-held radio against my head day after  day”.

So what is the cause of this  concern? Back in the mid-1960s Adey and colleagues revolutionised our  understanding of the way brains cell operate. During the next 20 years many  papers were published showing that ELF electromagnetic fields affected the way  calcium ions move in brain tissue and the way this affects the inner working of  the cells. Living cells are enclosed by a strong protective membrane (skin) and  communicate with the outside world through electrically charged protein strands  that stick out from their surface. These carry signals into the cell interiorwhere they regulate growth, development and cell division. By 1976 low level  electromagnetic field effects had been shown to occur across the ELF range,  peaking between about 12 and 20 Hz. The effects were seen most clearly with the  ELF signals amplitude modulated on to microwaves, such as those that TETRA  handsets use. The microwaves penetrate brain tissue and effectively ‘carry’ the  ELF pulsing deep into the brain. There is also considerable evidence that low  levels of pulsed microwaves can cause the blood-brain barrier to allow toxins to  reach the brain. [March  2001] Alasdair Philips, Director of Powerwatch, examines the potential hazards of TETRA… The  negative aspects of TETRA

Previous Article
AP/ABC News: “New Evidence Suggests that Poet Pablo Neruda was Murdered by CIA”
Next Article
Rep. McDermott: Tea Party is EXTREMELY Political and Should Not be Subsidized by the Taxpayer (Video) 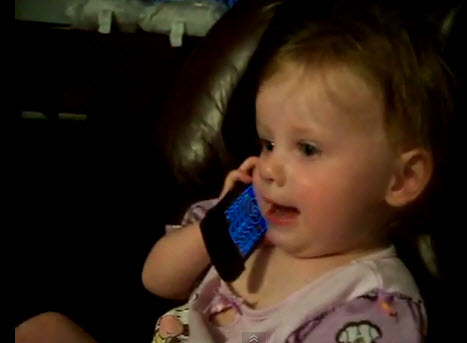 Are Mobile Phones Hazardous to Your Health?
Nov 29 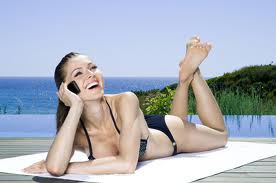 Are Mobile Phones Hazardous to Your Health? 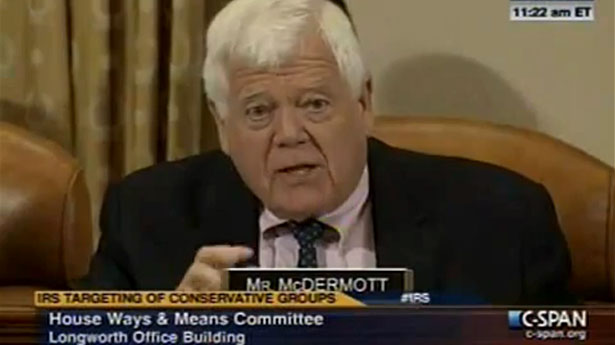 Rep. McDermott: Tea Party is EXTREMELY Political and Should Not be Subsidized by the Taxpayer (Video)
Jun 06