Champion racehorse and successful sire Pleasant Tap was euthanized Oct. 8 because of laminitis at William S. Farish's Lane's End Farm near Versailles, Ky. The 23-year-old son of Pleasant Colony is represented as a stallion by 53 stakes winners and the earners of more than $51.5 million. "We are saddened by the loss of Pleasant Tap," Farish said. "He was an outstanding racehorse and an extremely successful sire." Campaigned as a homebred by Thomas Mellon Evans, Pleasant Tap was in the running for 1992 Horse of the Year when he met that year's Belmont Stakes winner A.P. Indy in that year's Breeders' Cup Classic. Pleasant Tap had beaten 1991 Kentucky Derby winner Strike the Gold and A.P. Indy in the Jockey Club Gold Cup at Belmont Park three weeks before the Classic. In the Classic at Gulfstream Park, Pleasant Tap finished well but was beaten two lengths by A.P. Indy, who later was voted Horse of the Year and champion 3-year-old male. Pleasant Tap was named champion older male. Pleasant Tap proved a model of versatility during his career. He not only contested the Classic and the Sprint, but also the 1989 Juvenile and the 1990 Turf. He finished unplaced in both. 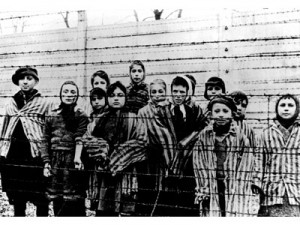 Pleasant Tap, who raced in the name Buckland Farm, retired after the Classic with nine wins and 14 placings from 32 starts and earnings of $2,721,169. He ran third in the 1990 Kentucky Derby behind Unbridled and Summer Squall. All three developed into successful sires. Pleasant Tap entered stud in 1993 at Buckland Farm near Lexington and stood there until he was relocated to Lane's End in 1997. He sired champions and/or grade/group I winners David Junior, Premium Tap, Tap Dance City, Tiago, and Tap to Music. Pleasant Tap, whose half-brother Go for Gin won the 1994 Kentucky Derby, was produced from the Stage Door Johnny mare Never Knock. http://www.thehorse.com/ViewArticle.aspx?ID=17089