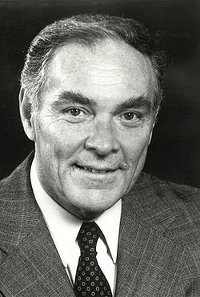 A former senior CIA analyst on Soviet affairs has hit out at the mainstream US media for eulogising the late former US Secretary of State General Al Haig, who died on 20 February.

Melvin Goodman, writing in Truthout, says most obituaries “failed to capture the full extent of the controversy and confrontation that marked General Alexander M Haig’s political career in the White House during the Nixon administration and the State Department during the Reagan administration”.

Goodman writes that, as national security adviser to former President Richard Nixon, Haig’s “hands-off attitude” enabled former Secretary of State Henry Kissinger to “unnecessarily and dangerously raise the nuclear alert status … for the first time since the Cuban Missile Crisis in an effort to deter the Soviets from any military intervention in the last days of the October War of 1973. But there was no Soviet intention to intervene, and our European allies – let alone Moscow – were particularly upset with the nuclear alert”.

As secretary of state to Ronald Reagan, Goodman says, Haig erroneously linked Moscow to terrorist activities across the world, knowing he would have Reagan’s support because the president’s “campaign oratory against the Soviets regularly referred to ‘Soviet-trained terrorists who are bringing civil war to Central America’, requiring a ‘stand against terrorism in the world’.”

Goodman argues that Haig’s belief the Soviet Union supported world terrorism stemmed solely from a blind belief in a controversial book by Claire Sterling, The Terror Network. The CIA’s efforts to persuade the Reagan administration otherwise were to no avail.

Goodman also claims that, contrary to what Haig told President Reagan, he failed to warn Israel over its invasion of Lebanon in 1982. “Haig was one of a very few members of the Reagan administration to understand that the Israeli offensive was going to reach Beirut, the Lebanese capital, in violation of Israeli intentions not to threaten Arab capitals. As secretary of state, Haig was in a position to warn the Israelis against such a disastrous military adventure and its obvious consequences, but chose not to do so…

“These arrangements led to the bloody conquest of Beirut, byzantine political alliances between Lebanese factions, the frustration and tragedy of the US Marine occupation, the Palestinian massacres at the Sabra and Shatila camps and the formation of Hezbollah. Lebanon has had no stability for the past three decades, and Israel continues to have a security problem on its northern frontier.”

– A former US ambassador to Peru, Frank Ortiz, would probably attest to Goodman’s assertion regarding the lack of evidence linking the Soviet Union to terrorism.

Ortiz, whom many in Latin America believed to be a CIA agent, told this correspondent that he had once visited a remote Peruvian village where a herd of cattle had been hacked to death by Sendero guerrillas, “and I can tell you Moscow could not possibly have had a hand in any of the violence committed by these madmen. What would be the point?”