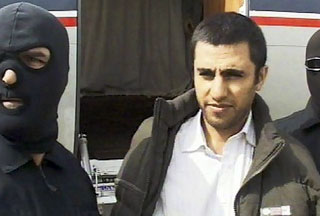 ” … Despite Rigi’s detailed confession and a photo taken by Iranian security officials, which clearly showed the terrorist leader entering a US base in Afghanistan a day before his arrest, the Pentagon has chosen to reject the claims. … “

Abdolmalek Rigi and his Jundallah terror group have been the main cause of the killing of civilians in Iran in recent years.

The Pentagon has denied offering political and financial support to the Jundallah terrorist group as part of efforts to weaken the Tehran government.

After five months of tireless efforts, Iranian security officials managed to track down Abdolmalek Rigi, the leader of the Pakistan-based Jundallah terrorist organization, while he was onboard a flight from Dubai to Kyrgyzstan on Tuesday. Iran’s Intelligence Minister Heydar Moslehi said Rigi was at a US base in Afghanistan 24 hours before his arrest and was carrying a forged Afghan passport issued by the US at the time of his capture.

In a televised statement broadcasted on Press TV on Thursday, Rigi confirmed that the US administration had promised to provide him with unlimited military aid and funding for his terrorist activities against the Iranian government.

“They said they would cooperate with us and will give me military equipment, arms and machine guns. They also promised to give us a base along the border with Afghanistan next to Iran,” said the 31-year-old terror leader. “They [were] prepared to give [us] training and/or any assistance that [we] would require, in terms of telecommunications security and procedures as well as other support, the Americans said they would be willing to provide it at an extensive level,” he added.

Despite Rigi’s detailed confession and a photo taken by Iranian security officials, which clearly showed the terrorist leader entering a US base in Afghanistan a day before his arrest, the Pentagon has chosen to reject the claims.

“Iranian claims that Abdolmalek Rigi was at a US military installation prior to being apprehended are absolutely false,” said Pentagon press secretary, Geoff Morrell.

He added that these accusations are nothing but “fabrications” and “propaganda” emanating from Iranian officials.

This is while an ABC News piece reported in 2007 that the Jundullah terrorist cell ‘has been secretly encouraged and advised by American officials’ to destabilize the government in Iran.

But the latest of the revelations came from Robert Baer, a former Middle East CIA field officer, who disclosed in October 2009 that Washington had formed relations with the Jundallah group, despite having full knowledge of its terrorist nature.

“American intelligence has also had contact with Jundallah. But that contact, as Iran almost certainly knows, was confined to intelligence-gathering on the country,” Baer wrote on the Time.com.

Baer said the close relations between the US and the terror group were to such extent that Jundallah had once been considered “as a piece in a covert-action campaign against Iran.”

Jundallah terrorists, which are said to be closely affiliated with the notorious al-Qaeda organization, have claimed responsibility for dozens of bombings, assassination attempts, and terrorist attacks in Iran, one of which killed at least 40 people in the southeastern city of Pishin in October.

The Asia Times reported in May that al-Qaeda militants had sought to establish an alliance with the exiled Jundallah to fulfill longstanding plans of creating a strategic corridor in the region and pave the way for joint regional operations in Afghanistan, Pakistan and Iran. 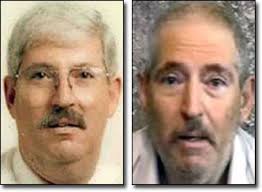