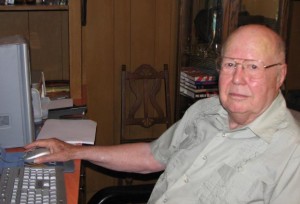 By John Coppedge, Special to the News-Journal

This series: Longview’s Dr. John Coppedge grew up in Cuero, where he first became aware of the remarkable life story of Ken Towery, former Japanese prisoner of war, winner of the Pulitzer Prize and advisor to politicians and presidents.

In this second of four parts, Towery wins journalism’s highest prize and begins a career in politics.

In 1950, Ken Towery was cleaning out poultry houses, certainly one of the world’s dirtiest jobs, when he heard the local newspaper, The Cuero Record, was looking for a reporter.

“My luck held,” he recalled of the opportunity to leave the packinghouse. “The publisher down there wanted somebody that could fill in and do the farm work and all that stuff.”

Having studied soil biology, Towery figured he could handle the work. He applied but was told he would have to know how to type. The problem was quickly solved by wife Louise, who taught Towery to type on a borrowed typewriter.

The newspaper hired him.

“So, I went on and became a reporter,” he recalled.

For his efforts, Towery was paid the princely sum of $60 a week. Having neither the education nor experience to prepare him for the job, he nonetheless dove into the work, eventually rising to the position of managing editor.

By late 1954, Towery was playing another leading role in history as he uncovered, investigated and reported a series of stories on what became known as “The Veteran’s Land Scandal.”

He got started on the story after hearing about unusual meetings at the country club and started asking questions. He soon discovered white Cuero businessmen were paying black veterans to sign over loan applications to buy land under a state program, and state officials were ignoring the program’s abuse.

“They’d just buy a big ranch and subdivide it up and then go around and sell it to all these guys — and they wouldn’t sell it to them really, they’d just get their discharge papers and all that,” Towery recalled, noting that many veterans who signed were barely literate and had no idea they “owned” land.

The scandal rocked Texas politics and drove Texas Land Commissioner Bascom Giles from office, eventually sending him to the Texas State Penitentiary. A total of 20 people were indicted in nine counties.

In 1955 the Pulitzer Board recognized Towery’s work with its award for local reporting.

Edward R. Murrow of CBS did a special report about Towery, the little newspaper, and coverage of the scandal. “It turned out to be an interesting program, I was told,” Towery said. Being 80 miles from the nearest TV station, he and Louise couldn’t see it.

Two months later, he was back in the hospital with a recurrence of tuberculosis. By that time Ken and Louise had two children. But new antibiotic treatments were being developed and Towery benefited. This time he only spent a year in the hospital.

The Towerys moved to Austin, where he took a job in a pool of political reporters for several newspapers, one of which was the Austin American-Statesman. The job gave him an up close and personal look at Texas politics and the politicians of the day.

His work caught the eye of newly elected Republican U.S. Sen. John Tower who asked Towery to join his staff in Washington as his press secretary. The newspaperman told the new senator he should know he had voted for Tower’s opponent, Democrat William Blakely. Tower said that didn’t matter; so had a lot of other people.

While deciding whether to accept the offer, Towery asked the Austin American-Statesman if he could take a two year-leave of absence to go to Washington, a common practice among journalists of the day.

When he said he’d be working for Sen. Tower, the reply was “Not that guy! No way!” Towery recalled. The newspaper would not hold a job for him.

That sealed the deal. Towery went to Washington, where he rose through the ranks, eventually becoming Tower’s chief of staff. The senator delegated great authority to Towery and, as he had as a journalist in Texas, Towery got an up close and personal look at the political class in Washington, particularly in the U.S. Senate.

In this third of four parts, Towery plays a role in creating the modern Republican Party.

As a newcomer to Washington in 1963, Ken Towery’s personal skills and relationships with Texas politicians enabled him to help the state’s new Republican senator work effectively with the governor and other elected officials in Texas, all of whom were Democrats.

He helped facilitate a good working relationship between his boss, Sen. John Tower, and the other U.S. senator from Texas, Ralph Yarbrough. Even after leaving Tower’s staff, Towery remained a trusted adviser and behind-the-scenes player in Republican politics over the next 20 years. He ran Tower’s re-election campaigns, and ran Richard Nixon’s 1968 Texas campaign.

He had a ringside seat and frequently played a major role in the inner workings of Texas and national politics. When John Tower, Anne Armstrong, Peter O’Donnell and a few others were giving birth to the modern Republican Party in Texas, Towery was the midwife.

He also played on an international field.

A conservative in the mold of Barry Goldwater, Ronald Reagan and John Tower, Towery’s belief is that communism is evil and he played a role in bringing about the demise of the old Soviet Union and ending the Cold War with the fall of the Berlin Wall.

Though Reagan rightly receives much of the recognition for that accomplishment, Towery was a major participant through his roles as deputy director and assistant director of the United States Information Agency.

“The years I spent at USIA were among the most gratifying ‘employed’ years of my life,” Towery has said. “They were years I could go home at night feeling I had struck a blow for liberty, for mankind … And there was the feeling that our labors were directed toward the interests of the nation as a whole, not merely toward the interests of political parties.”

He traveled the world in his USIA job, despite lingering health issues stemming from his long-ago captivity.

In 1976 he and wife Louise returned to Austin and began a successful political consulting business. Towery’s understanding of the political process and campaign strategy was exceptional.

Tower and Towery were heavily involved in the Goldwater campaign in 1964. On the eve of that election, Sen. Tower asked Towery how he thought it was going. Reluctantly, he answered: “I think we are going to get our butts kicked.”

He was right. It was one of the biggest electoral landslides in history with Johnson demolishing Goldwater.

Towery then ran John Tower’s 1966 Senate campaign. On the eve of that election, Tower asked him how he thought it would come out. Towery said he thought they would win by 200,000 votes. The margin was 198,746.

Another example of Towery’s political acumen was his growing conviction that for Sen. Tower to win re-election, he needed to cultivate traditional Democratic voters. Furthermore, he said, the best place to get those votes was from Hispanics in South Texas. Having grown up in the Texas Valley, Towery knew Hispanics to be hard working, proud, family-oriented and at their core very conservative people.

He talked Tower into campaigning along the Texas border, where he astounded many locals by even being there. Republican politicians had never before thought to campaign in the region and Democratic politicians went there only rarely, taking that vote for granted.

At Towery’s urging, though, Tower went to the Valley. He treated the people with respect and asked for their advice and support. To the consternation of the local Democratic Party leaders, the response was positive and Tower did better there on election day than any Republican had ever done. Today, Hispanic outreach is a major priority of the Texas Republican Party — one that came from Towery 50 years ago.

In 1981, Towery opened another new chapter in his life when he was appointed by Reagan to the board of directors of the Corporation for Public Broadcasting, a body he served for 10 years and of which he was twice elected chairman.

Towery has said his conservative views would be out of place in today’s politically correct Washington. He is supportive of Voice of America broadcasts around the world but said he believes the American government should not be in the domestic media business.

Towery also served as assistant to University of Texas System Chancellor Charles LeMaistre, where he learned about an even more brutal type of politics — the cutthroat world of academia. 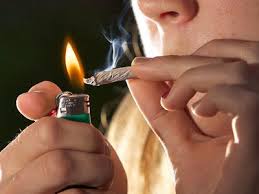