Blame Ronald Reagan for Gun Violence In The US: - The Constantine Report
0 SHARES

GOP Watch » Blame Ronald Reagan for Gun Violence In The US:

... When [Reagan's] first term of office began in January 1981, he began to slash the budget in earnest, cutting off federal assistance to local governments, and basically eliminating general revenue sharing to cities and states, cutting funding for public service jobs and job training, as well as the anti-poverty Community Development Block Grant Program. ...

Ronald Reagan was no friend to those with mental health issues.

President Reagan inherited the Mental Health Systems Act of 1980, which may have been the greatest achievement of the Carter presidency. This bill expanded the federal government’s commitment to services, and research as well as training and patient rights. It also recognized the indisputable link between mental health and physical health, and tried to reassess the lack of commitment to mental health from earlier administrations.

Pres. Carter was extremely proud of this legislation, and his remarks from October 7, 1980, the day the legislation was officially signed in law, speak volumes.

“I’ve been looking forward to this day for a long time. And those of the audience and those on the stage with me who’ve worked on this legislation so persistently know what I mean by saying that. As you know, my wife, Rosalynn, has been very instrumental in helping to develop this legislation, and while mental health is of importance to all of us, it has a special significance to me, above many issues with which I have to deal, because of my wife’s intense involvement. Today I want to make clear the depth of my personal commitment to assuring that our Nation, so full of opportunity for so many of us, offers greater opportunity for decent care to those with mental and emotional difficulties.

“Rosalynn and I became interested in mental health as a public service in Georgia. We observed lives wasted because of needs which were long unmet. When I was Governor we worked to increase and to improve those services and to bring into the awareness of Georgia people the special faults and failures that existed then in the care or lack of care for those suffering with mental problems.

“When I came to Washington we also recognized a new opportunity to assess the standard of care and prevention of mental illness from the perspective of the White House. And less than a month after I took office I issued an Executive order creating the President’s Commission on Mental Health. I asked Rosalynn to serve as Honorary Chairman, which she did, and under the leadership of Dr. Tom Bryant the Commission studied the mental health needs of the nation for more than a year. In April of 1978 they presented their recommendations, which have served as a blueprint for this act which will be signed today.”

So while Pres. Carter’s attempt to minimize homelessness, and reduce the need for expensive nursing homes to house people with mental disorders, additionally removing them from our jails and prisons, providing additional bed space for real criminals, this theory was lost on Pres. Reagan when he took over in January 1981 from Pres. Carter.

Within 30 days of taking office, Pres. Reagan, in conjunction with the office of budget management,  announced it would cut the funding of the National Institute of Mental Health, a division of the National Institute of Health since 1947, formed specifically to deal with these issues. Then in 1982, the Omnibus Budget Reconciliation Act was created, and the Mental Health Systems Act was merged into it. This dissected the programs into block grants, with less federal money earmarked for the states. The states then exerted discretionary control over the use of the funds, using them as they saw fit, creating the Ronald Reagan concept of “new federalism.”

“Many of our dreams were gone,” wrote Rosalynn Carter in Helping Someone with Mental Illness.”It was a bitter loss.”

From that point forward, the snowball began rolling down the hill. President Reagan had come up with a tax-cut plan to cut individual income taxes by 25% over three years, he had reduced the budget by trimming the fat, as he called it, and the U.S economy started to pick up, and at that point no one dared challenge Pres. Reagan, as his policies seem to be working, dragging us out of a recession that had lasted for almost 10 years.

But Reagan was not satisfied. He then began a concerted effort to deny applicants for SSD inclusion into this entitlement program, by restricting certain criteria and eligibility questions.

By the time the courts had reined the problem in, roughly 350,000 people had had their SSD benefits terminated, with another  150,000 people scheduled for a similar fate. This led HHS secretary Margaret Heckler to halt these terminations until the U.S. government could improve standards for “functional psychotic disorders.”

At this point, it was too late. Reagan had gutted all monies available for mental health, along with numerous other areas with regards to entitlement programs, and the public outcry was greater in response for things that appeared to matter more than mental health issues at the time. Basically mental health funding had been swept to the side, a victim of Reagan’s supply-side economics that led us out of the recessionary decade previous. 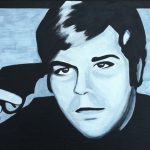 We are left with more than 10,000 people each year killed by people with known mental disorders, and a cry for greater gun control in our country, when the call should be for greater mental health treatment options.

If you think of an economy as a system, then you realize how eminently manipulatable it is. If the worst men in the state don’t get what they want, they just crash the economy until they get it. I found out about this book, Toxic Charity by Lupton, by this wacko rightwinger out of Atlanta who just had no clue about representing the truth of our present complicated situation honestly and forthrightly. It demonized poor people and criticized even moderate, center-right corporate sell-out Carter for assisting the long term poor and unemployed adequately. Now I hear the nazis want to change the constitution and the bible. That part about helping the poor and sharing is just driving them up a wall. That’s why the worst of them would blame the mass shooters on genetics, rather than budget cuts in a huge act of collective delusional denial. Yeah, Amerikkka, ya did it again and again and again and again. . . Ad nauseum in perpetuity. . .

A Comparative Analysis of US & Europe's Minorities & Homelessness

Homeless are not Criminals