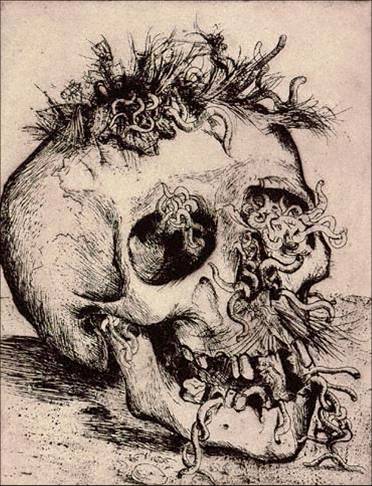 Otto Dix is a difficult artist to like. Adjectives like harsh, cruel and disturbing frequently accompany descriptions of his work—and no wonder. His depictions of the social and moral decay of Weimar Germany are ruthless. His portrait-sitters had to be thick-skinned, for the results would likely be unflinching. His war works are matched in ferocity only by Goya's "Disasters of War" series. At the start of the Third Reich, in 1933, he even painted an image of Hitler, minus the mustache at first, into his version of the "Seven Deadly Sins"—the Führer is Envy, riding on the back of Avarice. Dix rarely took prisoners.

But admiration is a different thing altogether, and—hard as it is to view some of his images, especially those portraying sexual murders—Dix ranks among the greatest of 20th-century German artists.

Strikingly, Dix has never developed a big following on this side of the Atlantic. His paintings were exhibited in Pittsburgh as early as 1927 and again in 1931 at the Museum of Modern Art. But Nazi rule (which deemed his art degenerate), World War II and postwar abstractionism relegated Dix to the background, and unlike Max Beckmann and George Grosz—the Berlin painter with whom he is often linked—Dix did not immigrate to the U.S. Only in 2006, when the Metropolitan Museum of Art presented the critically acclaimed "Glitter and Doom: German Portraits From the 1920s," did Dix begin to emerge again here. Of about 100 works on display, 53 were by Dix.

Now, with "Otto Dix" at the Neue Galerie, his first solo show in North America, people here have an even better chance to see what Dix is all about. 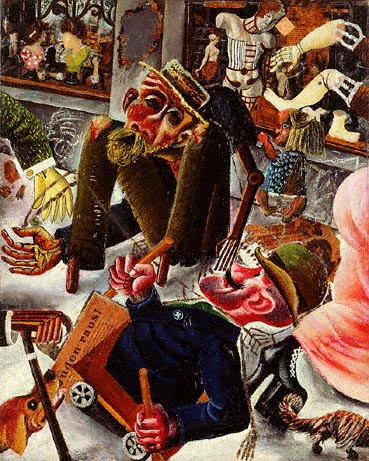 The exhibition presents Dix's many facets, but draws most of its hundred-plus works from the years between 1919 and 1939, which the museum's director, Renee Price, calls "the decisive two decades of Dix's career." 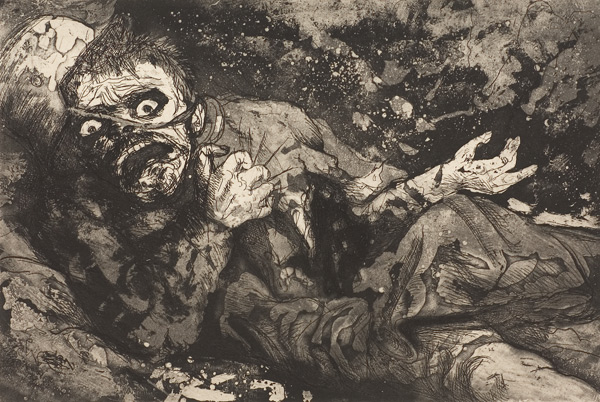 It begins with "War," and the horror starts right away, with a watercolor of a man, from the waist up, half his face blown away, the blood congealed around an opening into his skull. The black-and-white etchings that follow, lining three walls, hit again and again on war's horrific consequences.

Dix knows whereof he draws. He had volunteered to fight in 1914, and spent most of the next four years as a machine gunner at the front. He sketched the whole time, making hundreds of drawings. After the war, his youthful idealism gone, he distilled his anger about the senselessness of war into this set of engravings, which were published in 1924.

Gas-masked shock troops advance on the viewer; nearby, soldiers traipse through a sea of the dead. In another work, a bombed house is awash in dead bodies; in another, a bug-eyed soldier is wracked with pain from a hole in his abdomen. The cratered landscapes are a relief—they are desolate, but contain no human suffering. "War" is relentless. 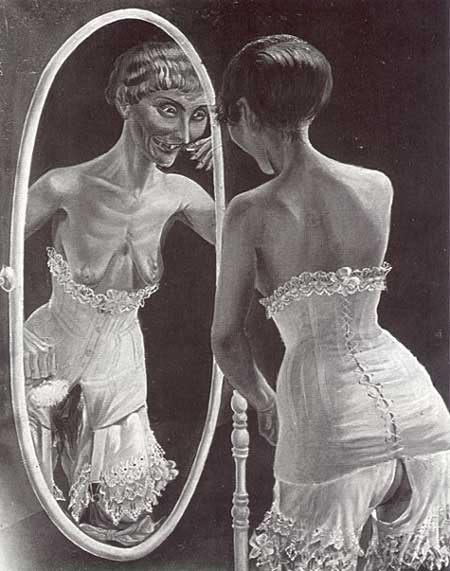 In the early '20s, still haunted by his battle experiences, Dix took up the subject of prostitutes and sexual murders. He saw himself as the killer and produced brutally graphic scenes—blood gushing from throats and genitals. As Dix may have suspected, they made his reputation; he quickly became a "star painter," both famous and infamous, according to Olaf Peters, the art-history professor at the Martin-Luther-University-Halle-Wittenberg who curated this exhibit and wrote much of the catalog.

Several of these lustmord watercolors are on view at Neue Galerie: They are so misogynistic that Dix's depictions of prostitutes, with their painted faces, distended bodies and lurid smiles seem tame. (They are not.)

Dix didn't care about likability, though. He delighted in being a provocateur. Prof. Peters says he had no friends, though Grosz, for example, was friendly to him.

Fortunately, Dix—who dabbled in Cubism, Futurism, Dadaism, Surrealism and Expressionism before helping to found the New Objectivity movement, which aimed for a kind of realism that was not photographic—was interested in other subjects, especially portraits. Taking a steely-eyed view of people who interested him, and artistic license, Dix produced penetrating portraits, and many are on view here.

His blood-red rendering of dancer-prostitute Anita Berber, her face powdered in white, became symbolic of the Weimar Republic; "Reclining Woman on Leopard Skin" shows a short-haired, catlike female in lingerie and garter, ready to pounce out of the picture, and could have served the same purpose. 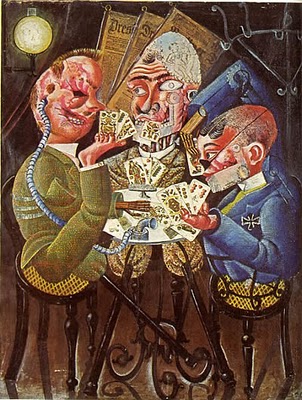 Dix's men are somewhat more benign. Lawyer Fritz Glaser is slumped in a chair, prosperous but presented in a room whose wall is half torn down, exposing a snow-covered facade across the way: He is a Jew in Germany, by necessity passive and powerless. (Glaser commisioned the portrait, but never hung it.) Sallow-faced Heinrich Stadelmann, a psychiatrist, stands erect against a red-curtained window, his bloodshot eyes bulging and his ears elongated, but he, like Glaser, is portrayed sympathetically.

Hugo Simons, another lawyer, is a warmer portrait still—perhaps because Simons successfully defended Dix against a client who rejected and refused to pay for a portrait of his daughter. Simons's expressive hands loom large—possibly making a legal point.

This exhibit also contains lesser works, for good reason. Under Nazi rule, Dix was harassed, dismissed from his teaching post at the Dresden Academy of Fine Arts, and conscripted into the army. His paintings were stripped from museums and sold or destroyed.

To work at all, he had to tone down what he did. The resulting portraits are often flat and conventional. He tried to maintain his bite in the landscapes his painted—in one, for example, he taunts the Nazis by including a Jewish cemetery—but they don't measure up either. Yet even in these tame paintings, Dix manages to convey the kinship he claimed with Dürer, Cranach, Altdorfer, Friedrich and other Northern European masters.

Ms. Dobrzynski writes for many publications and blogs about the arts at www.artsjournal.com/realcleararts.