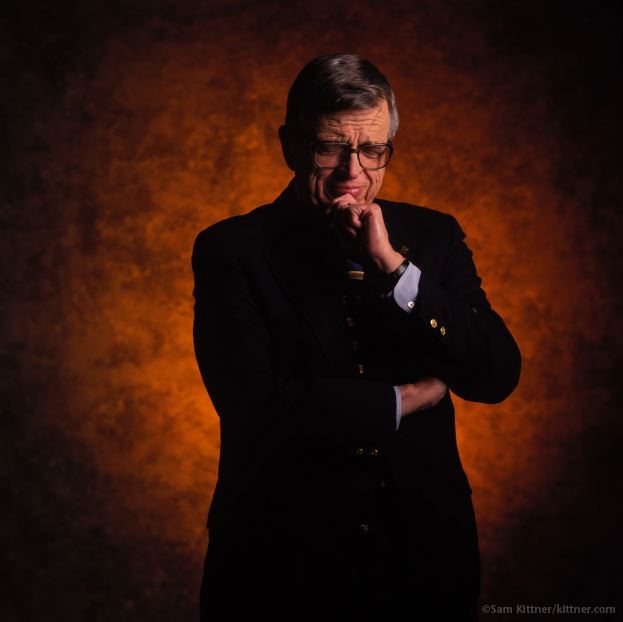 Colson’s agenda to push his “worldview” on the rest of America is more than obvious to everyone other than him.

Chuck Colson has declared his biggest fear is theocracy. Yes, you read that right. The Religious Right warhorse has just told The New York Times that his “greatest concern is theocracy.”

In a profile in the Times Sunday magazine, Colson was asked what he considers the greatest misconception about Christians.

“That we are intolerant,” he replied. “Christianity has deep convictions about what is true, but I don’t think Christians should impose themselves on people. My greatest concern is theocracy.”

The irony is almost too much to take, especially considering all that Colson has stood for through the years.

Colson is a well-known Religious Right author and theoretician who converted to evangelical Christianity while doing time for his illegal activities in Nixon Watergate scandal. After he got out in 1975, he founded Prison Fellowship, an evangelical ministry intended to help inmates find God by following Colson’s roadmap. In the past few years, he has become a favorite with Religious Right groups that seek to impose their Christian-nation agenda.

Most recently, Colson followed in James Dobson’s footsteps in urging Americans to boycott the Girl Scouts for their allegedly too-liberal agenda. In a widely distributed March 26 “Breakpoint” commentary, Colson blasted the Scouts for an alleged relationship with Planned Parenthood.

But Colson’s attack shouldn’t come as a surprise. After all, he’s the same guy who once criticized evangelical Christians for “worship[ing] at the altar of the bitch goddess of tolerance.”

In June of last year, he was the featured speaker at an Atlanta conference for the Association of Classical and Christian Schools, a group whose founder celebrates theocracy, defends slavery as biblical and expresses regret that the Confederacy lost the Civil War.

Then in November, Colson joined nearly two dozen Roman Catholic, evangelical and Orthodox leaders who together released a document called the “Manhattan Declaration,” which essentially urged Americans to defer to conservative religious leaders to make all decisions for the United States.

As you can see, Colson’s agenda to push his “worldview” on the rest of America is more than obvious to everyone other than him. But I think he’s always been a little self-deluded.

Back in 2007, he attacked Islam, calling the religion a “vicious evil.” He blasted Islam’s theocratic tendencies and insisted that Christianity, in contrast, promotes “free will.” Yet, he went on to tell Southern Baptist pastors that their purpose should be “to take command and dominion over every aspect of life, whether it’s music, science, law, politics, communities, families, to bring Christianity to bear in every single area of life.”

Taking dominion over every aspect of law, politics and communities? If that’s not the definition of theocracy, I don’t know what is.

After reading the Times profile, I was ready to send Colson an Americans United membership form. On second thought, I won’t waste that stamp.

All fundamentalists detest the idea of mercy for falling short, but what they forget is that All have sinned and fallen short of the glory of God especially when a person embarks on a campaign to deny those they deem “sinners”. What they forge is that they may imagine themselves holy, but when they judge, they become the Chief of the Sinners; delusionally imagining themselves holier than others, raising themselves straight up into the devil’s embrace. Yes, depraved indifference, indeed.

James Howard Kunstler: The GOP is Lost to the Birchers

How the GOP Lost Its Mind: Rule and Ruin (Book Review)