Also see: "The CIA & Abstract Expressionism as a Propaganda Tool of the Cold War" 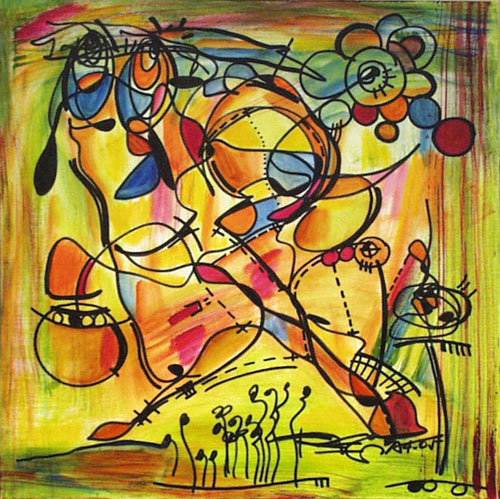 Revealed: how the spy agency used unwitting artists such as Pollock and de Kooning in a cultural Cold War

In 1958 the touring exhibition "The New American Painting", including works by Pollock, de Kooning, Motherwell and others, was on show in Paris. The Tate Gallery was keen to have it next, but could not afford to bring it over. Late in the day, an American millionaire and art lover, Julius Fleischmann, stepped in with the cash and the show was brought to London. The money that Fleischmann provided, however, was not his but the CIA's. It came through a body called the Farfield Foundation, of which Fleischmann was president, but far from being a millionaire's charitable arm, the foundation was a secret conduit for CIA funds. So, unknown to the Tate, the public or the artists, the exhibition was transferred to London at American taxpayers' expense to serve subtle Cold War propaganda purposes. A former CIA man, Tom Braden, described how such conduits as the Farfield Foundation were set up. "We would go to somebody in New York who was a well-known rich person and we would say, 'We want to set up a foundation.' We would tell him what we were trying to do and pledge him to secrecy, and he would say, 'Of course I'll do it,' and then you would publish a letterhead and his name would be on it and there would be a foundation. It was really a pretty simple device." Julius Fleischmann was well placed for such a role. He sat on the board of the International Programme of the Museum of Modern Art in New York - as did several powerful figures close to the CIA. http://www.independent.co.uk/news/world/modern-art-was-a-cia-weapon-1578808.html

Josef Skvorecky on the Nazis' Control-Freak Hatred of Jazz