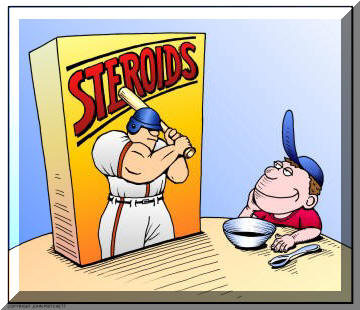 A pro wrestler who hanged himself after strangling his wife and suffocating his 7-year-old son in their Georgia home had received drug deliveries from a Florida pharmacy that's the target of an Albany-based steroids trafficking investigation, the Times Union has learned.

Georgia investigators confirmed today that they found anabolic steroids in the home of Christopher M. Benoit Sr., 40, a former World Wrestling Entertainment champion who was known as "The Canadian Crippler," according to the Associated Press. The investigators are exploring whether Benoit, who had a troubled marriage, suffered from overuse of steroids, which are known to cause fits of uncontrollable rage in some users.

The prescription steroids discovered inside Benoit's home apparently were from a Georgia pharmacy, according to Georgia law enforcement sources.

However, officials familiar with the Albany investigation said Benoit had previously been a regular customer of a Florida wellness clinic whose operators pleaded guilty to prescription drug charges in Albany County on April 25.

The South Florida company, MedXLife, churned out millions of dollars a year in anabolic steroids and growth hormone to Internet customers. It was one of several so-called "wellness centers" that authorities say sold prescriptions through Orlando's Signature Compounding Pharmacy, whose owners also were indicted by an Albany County grand jury.

One such delivery from MedXLife was on Feb. 13, 2006, when Benoit received a FedEx package containing prescription drugs at his previous address on Pemberton Court in Peachtree City, outside Atlanta. Investigators said they suspect the package contained performance-enhancing drugs.
FedEx records obtained by law enforcement in the Albany investigation also show similar deliveries from MedXLife to a "Christopher Benoit" at an address last July in Fort Walton Beach, Fla., and at a Texas hotel in late 2005, around the time the WWE, including Benoit, were touring that state. 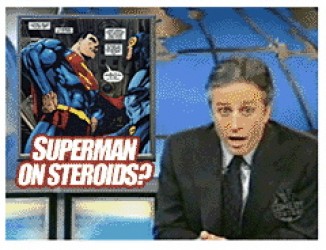 Over the years, allegations of widespread steroid abuse have swirled around the sport and other wrestlers' deaths also have been linked to steroid abuse.

Former WWE wrestler Eddie Guerrero, who was one of Benoit's friends, was found dead in a Minneapolis hotel in November 2005 and authorities attributed his fatal heart failure to longterm steroid abuse.

Brian Schafler, 34, and Greg Trotta, 38, owned and operated the now-closed MedXLife in Davie, Fla. Two months ago, as they pleaded guilty to felony charges, the men said they, along with a doctor, Gary Brandwein, churned out prescriptions for people who had no legitimate medical reasons to receive the drugs.

Their 3-year-old company steered about $5 million a year worth of prescriptions to Signature Compounding Pharmacy, an Orlando, Fla., business whose owners and operators have pleaded not guilty to felony charges. Prosecutors in Albany have characterized Signature Pharmacy as the centerpiece business of a wide-reaching steroids distribution network.

The steroids investigation broke open Feb. 27 when New York authorities and members of a Florida drug task force raided Signature's Orlando offices. The Web site for MedXLife is still accessible, but makes only a cryptic reference to the criminal raids.

"Due to a pharmacy situation out of our control, we will not be re-filling any recurrent prescriptions or taking on any new patients at this time," a statement on the Web site reads. "We will continue to keep our customer-base secure, and as always, would never sell, trade, or exchange any patient information as your privacy, other than your health and well-being, is our utmost concern."

MedXLife was one of several wellness centers whose owners have admitted using the Internet and advertisements in muscle and fitness magazines to lure tens of thousands of customers. Medxlife paid Yahoo an undisclosed sum so that people who used that Internet site to search for terms such as "steroids" or "testosterone" would get a list of companies that included a link to MedXLife, according to prosecutors.

Six people have pleaded guilty in the Albany investigation, which resulted in the arrests of more than 20 people, including several doctors and pharmacists.

In court two months ago, as they pleaded guilty, Schafler and Trotta alleged that Brandwein, an osteopathic physician from Boca Raton, Fla., consulted by telephone with each customer. However, they claimed Brandwein knew he was prescribing drugs to people who had "no medical need" for the products and that the prescriptions were being issued in bad faith.

Brandwein, who also was indicted on felony charges in Albany, has denied wrongdoing.

The WWE, based in Stamford, Conn., said authorities asked that it not release further information on the deaths.

"WWE extends its sincerest thoughts and prayers to the Benoit family's relatives and loved ones in this time of tragedy," the company said in a statement on its Web site.

"He was like a family member to me, and everyone in my family is taking it real hard," said fellow Canadian Bret Hart, a five-time champion with the World Wrestling Federation. The federation has since changed its name to World Wrestling Entertainment.

Benoit had maintained a home in Atlanta from the time he wrestled for the defunct World Championship Wrestling. The Fayette County Tax Assessors Office lists the value of the house, on more than 8.5 acres, at nearly $900,000. Albany County District Attorney David Soares declined comment, saying the matter was part of an ongoing investigation.