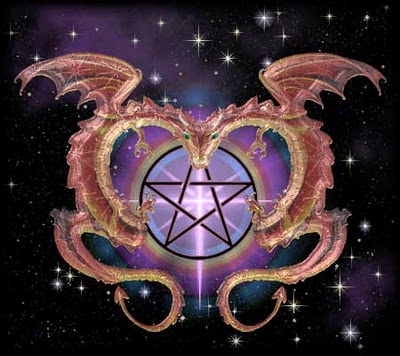 This is interesting because, as I reported in a previous post, Nancy's ex-husband, Kevin Sullivan, has adopted the ring persona of a devil worshipper.

These murders are beginning to take on a very weird aspect. Early on, the press attributed a possible motive to the retardation of Benoit's 7-year-old son. Now the papers are reporting that there was a misunderstanding, and Benoit's son did not have the brain disorder, as widely reported. See:

There was also a great deal of speculation about "'roid rage," but now ... "Control issues cited instead of 'roid rage' in Benoit killings," Atlanta Journal-Constitution, 07/03/07.

And today we learn from Hulk Hogan that Nancy Benoit worshipped the devil. In devil woship, with its concentration on the accretion of power over others in the mundane sphere, you almost always find mind control. I'm watching for the next interesting development.

" ... Hogan tells US the wrestler's wife (and WWE costar) had a dark side. "She was into devil-worship stuff. It was part of her [wrestling] character, but [she was] somebody who gets so close to their character, someone who gets into their character too much. Sometimes these people believe their own publicity."