Few people are surprised to find various forms of advertisement at every turn. Last weekend, however, many Lebanon residents found an unusual calling card on their properties.

“You’ve been visited by the Ku Klux Klan,” the back of the business-sized card read.

The front of the card proclaimed, “For you[r] safety, the Ku Klux Klan was watching over your neighborhood as you slept.”

“We’ve gotten several complaints from citizens where they found them,” said Lt. Bob Harrison of the Wilson County Sheriff’s Department.

The Lebanon Police Department also received some complaints about the cards, which were apparently distributed by the United Northern and Southern Knights of the Ku Klux Klan, an order based in Michigan.

According to Harrison, those who placed the complaints said that the cards were left near the end of their driveways or near their mailboxes. By doing this, the distributors appear to have avoided tampering with the residents’ mailboxes or trespassing on their properties.

Bowen said that the cards were distributed in three or four neighborhoods, but that they did not seem designed to target anyone specifically. Harrison agreed.

“My understanding is that the areas that were visited were predominately white,” Harrison said. “As far as we can tell, nobody was individually threatened or intimidated.”

“It seems like this happens every couple of years, and it’s not the same group either,” Bowen said.

“I don’t know if it’s a recruiting tool or just to remind people they’re still around,” said Harrison . “I don’t think they were doing it as an intimidation tool.” 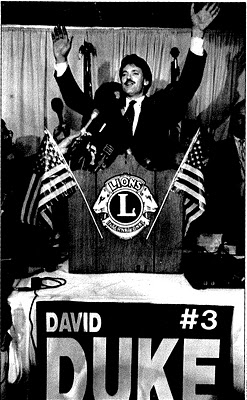 Efforts were made to contact a spokesperson for the Klan, but no response was received.

However, Criminal Justice Professor Dr. Alexis Miller of Middle Tennessee State University said that this particular tactic was not unusual.

“They get their attention today by distributing pamphlets,” Miller said. “When they have a rally in the city, they get more negative attention than positive and that’s what they want.” She said that the Klan’s “number one source of recruitment today” is the Internet.

According to Miller, the Ku Klux Klan lost much of its organization and cohesiveness after being sued by the Southern Poverty Law Center.

In regards to the group that left the cards in Lebanon, Miller said “that group could pop up today and be gone tomorrow.”

“There are a lot of splinter groups,” Miller said. “It’s pretty normal for there to be all different types of Ku Klux Klan.”

While some elements of the group have changed, Miller said that many of its tactics remain the same.

“Their tactics are pretty much the same, except they’ve integrated into the 21st century with computers,” Miller said.

She also said that the group of people they are targeting has changed.

“Everything that they applied to Jews and Catholics in the 1920s, Jews and blacks in the 1930s-70s, can be applied to Mexicans today,” Miller said.

“Looking back at the ‘70s, it was easy for the KKK to get people to sympathize with them over the busing issue, and they’d use busing to get their attention... As times changed, we in the South lost that sympathy for the KKK.”

She said that the issue of illegal immigration, like busing, is an attention-getting device.

“It’s really to get that attention and to gain that sympathy again by getting into the political arena,” Miller said.

Miller said that according to recent reports from the Anti-Defamation League and the SPLC, the KKK is “emerging more and growing in number.”

Miller referred to the Klan, along with other white supremacist groups, as a form of domestic terrorism. ...