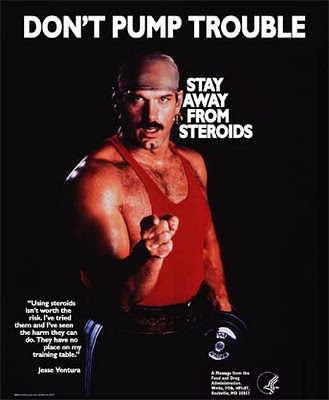 The Orlando Sentinel reports this morning that deceased professional wrestler Chris Benoit had more than one source of steroid supply. The news-paparazzi swarm around his local physician, Dr. Astin (contradiction here – “Dr. Astin’s attorney says Dr. Astin did not prescribe steroids to Chris Benoit” – http://www.pwtorch.com/artman/publish/article_20828.shtml), but there is another source in Orlando, Florida who has been implicated in the Signature Pharmacy steroid marketing investigation in Albany.

The Sentinel did not divulge the doctor’s name, but the Albany investigation has been in the headlines for months. – AC

A pro wrestler who hanged himself after strangling his wife and suffocating his 7-year-old son in their Georgia home received two prescriptions for steroids that had allegedly been signed by a Florida doctor facing felony drug charges in Albany County.

The prescriptions — one for nandrolone and the other for testosterone — were sent to Christopher M. Benoit Sr., 40, in December 2005 and February 2006, according to sources familiar with an ongoing investigation in Florida.

Benoit was one of several professional wrestlers who allegedly were customers of an Orlando pharmacy at the heart of the Albany-based investigation, according to authorities close to the case. …
———————
http://timesunion.com/AspStories/story.asp?storyID=604256&category=REGIONOTHER&BCCode=&newsdate=7/9/2007 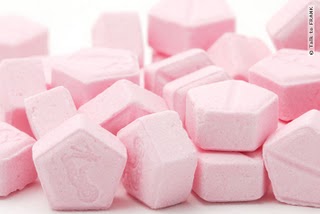 ALBANY — A former physician from Queens on Tuesday became the first person to plead guilty in connection with an Albany-based investigation of pharmacies and anti-aging clinics that prosecutors have accused of doling out millions of dollars in illicit prescriptions for steroids and other drugs.

Dr. Ana Maria Santi, 68, who has been jailed since her arrest on a sealed indictment last month, told Albany County Court Judge Stephen W. Herrick she signed numerous prescriptions that had already been filled out when they were faxed to her between January 2005 and September 2006.

Santi admitted she never evaluated any of the “patients” for whom she wrote prescriptions, and that none of the prescriptions she signed had been issued for valid medical purposes.

The prescriptions had been sent to Santi by Oasis Longevity & Rejuvenation Center in Delray Beach, Fla., a three-person, Internet-based wellness center whose operators also are facing criminal charges in the case. Oasis Longevity paid Santi about $25 per prescription, she said.

Oasis Longevity is one of several so-called “anti-aging” clinics in New York, Texas and Florida that authorities have accused of conspiring with an Orlando pharmacy to distribute steroids, human growth hormone and other controlled substances.

Under questioning from Herrick, Santi admitted “there was no medical need” for the prescriptions she signed.

“The patients usually wanted them because they didn’t want to age … not for medical reasons,” Santi said.

“You didn’t perform physicals on these people, you were taking their word for it?” he asked.

Prosecutors say thousands more prescriptions were signed by other physicians in similar fashion.

Santi pleaded guilty to a single felony count of criminal diversion of prescription medications and prescriptions. Under a plea agreement, she faces a minimum prison sentence of two to four years and a maximum of three to six years. She has agreed to cooperate in the sprawling investigation, including testifying against other defendants.

In a related case, Santi also is facing felony charges under an 80-count indictment filed by federal prosecutors last month in Rhode Island.

The grand jury investigation into Internet drug sales has exposed allegations of widespread illicit steroid use by professional athletes and thousands of people across the country.

Nearly two dozen doctors, pharmacists and business owners have been arrested in Alabama, Texas, Florida and New York on sealed indictments charging them with various felonies for unlawfully distributing steroids and other controlled substances, records show.

Santi, 68, a documented alcoholic, hasn’t had a valid license to practice medicine in New York in eight years. Her license was initially suspended for negligence amid allegations she had practiced medicine while under the influence of alcohol. It was then revoked after she pleaded guilty to insurance fraud in connection with an unrelated case and while practicing medicine without a valid license.

Authorities say she wrote more than $150,000 in prescriptions for Internet customers in multiple states.

In most instances, Santi fraudulently signed the name of a former colleague, Dr. Abdul Almarashi, while he was dying in a San Diego nursing home.

In New York, it’s a felony for a doctor to prescribe medication to a patient he or she has not evaluated in person.

Santi, a former anesthesiologist, routinely wrote prescriptions for drugs outside her field of expertise, especially testosterone. Some of the people who received her prescriptions are Albany County residents, records show.

During the year-long investigation, which was started in Albany by investigators with the state Health Department’s Bureau of Narcotic Enforcement, authorities said they discovered doctors filling more prescriptions than humanly possible.

For instance, investigators used wiretaps last year to monitor the transactions at Signature Pharmacy in Orlando, which is at the center of the investigation, and they discovered a physician who signed 3,100 prescriptions in a 60-day period. The physician, Dr. Robert Carlson, also was indicted last month. He is affiliated with another wellness clinic under criminal scrutiny, Palm Beach Rejuvenation in Jupiter, Fla.

Doctors willing to compromise their ethics and write prescriptions to patients they haven’t evaluated were routinely recruited by the clinic-like Web sites that promote health and anti-aging regimens to lure customers.

Once the physician’s signature and federal ID number are added, the prescriptions are sent to pharmacies that allegedly turn a blind eye to their suspect nature before mailing the drugs to consumers, officials said.
Brendan J. Lyons can be reached at 454-5547 or by e-mail at blyons@timesunion.com.
———–
http://grg51.typepad.com/steroid_nation/2007/02/breaking_news_h.html 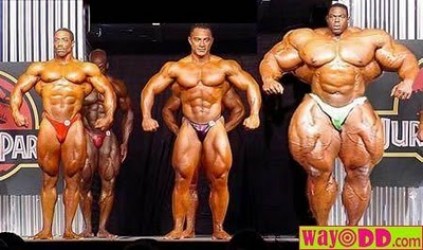 The Seattle Post reports that a major raid, coordinated by multiple agencies, took place in downtown Orlando. A secretive task force lead by the Albany NY (original story in the Albany Times Union) District Attorney, and the NY Bureau of Narcotics Enforcement (and likely the DEA plus other federal agents, as this appears to be interstate) struck into the heart of the Internet anabolic drug trade. Early reports indicate professionals from MLB, & the NFL, college athletes & coaches, and body builders are involved. (Orlando source: WFTV New York sources: NBC 3, Albany). The most prominent name thus far is LA Angel player Gary Matthews.

ORLANDO, Fla. — A downtown pharmacy here was raided by a law enforcement task force on Tuesday, apparently as a result of a large New York state grand jury investigation into Internet drug sales.

The unusual inquiry, led by Albany County’s district attorney, has taken New York narcotics agents and a federal task force deep inside a maze of shadowy pharmacies and Web sites that have reaped millions of dollars in profit by allegedly exploiting federal and state prescription laws, according to court records.

More than two dozen doctors, pharmacists and business owners have been, or will be, arrested in the coming days on sealed indictments charging them with various felonies for unlawfully distributing steroids and other controlled substances, records show.

The Times Union has learned that investigators in the year-old case, which had remained quiet until now, uncovered evidence that testosterone and other performance-enhancing drugs may have been fraudulently prescribed over the Internet to current and former Major League Baseball players, National Football League players, college athletes, high school coaches, and a former Mr. Olympia champion and another top contender in the bodybuilding competition.

Further, A Pittsburgh Steeler’s physician may also be involved. The reports indicate he put 150,000.00 of HGH and steroids on his personal credit card, with a retail value of 750,00O.00.

The customers include Los Angeles Angels centerfielder Gary Matthews Jr., according to sources with knowledge of the investigation.

This appears to be huge business:

Tuesday’s raid of Signature Pharmacy, an Orlando business that did an estimated $36 million in business last year, could expose a long list of sports figures, celebrities and others who have turned to Internet pharmacies for illegal drugs such as steroids, authorities said.

More, from the Albany Times-Union:

Albany County District Attorney David Soares said his office pursued the case, in part, because New York has some of the strictest prescription drug laws in the country. In addition, Signature Pharmacy last year did an estimated $6 million business in New York, he said.

Among Signature’s customers was Jason Grimsley, the former Arizona Diamondbacks pitcher who left baseball last year after mail-order steroids were seized at his Scottsdale home by federal agents from San Francisco involved in an ongoing investigation targeting steroid use in professional sports…

During surveillance of the pharmacy last year, investigators said they saw a Philadelphia Eagles football player enter the pharmacy, though they are not certain why he was there. They also identified a member of the Washington Redskins as being a Signature customer, according to an agent in the case.

(more on Matthews after the jump; Ironically MLB carried an article on him today)

Interestingly enough, MLB News carries a story on how Gary Matthews is finding peace with the Angels.

There have been dark days and bright days for the switch-hitting center fielder and son of the former Major Leaguer known affectionately as “Sarge.” But the younger Matthews knows this: He’s playing at home in Southern California this season near his mother, his grandparents and his 8-year-old son.

He’s playing for an Angels team that gave him a five-year, $50 million contract and the first security he’s ever had as a baseball player.

“This is a great fit for me,” Matthews said Monday in the clubhouse of Tempe Diablo Stadium. “It gave me the ability to accommodate my family and still accomplish goals that I’ve set in my career. It’s incredible that that happened to me. You couldn’t have written the script any better.”

We suspedt this isn’t going to be a peaceful night at the Matthews’ hotel room.
————
http://grg51.typepad.com/steroid_nation/2007/02/signature_pharm.html

Raided today in Orlando, Signature Pharmacy was featured by the Orlando Business Journal in 2005.

ORLANDO — He had modest success with his first business fresh out of college, but today Stan Loomis has hit pay dirt with his 5-year-old Orlando business, Signature Compounding Pharmacy Inc.

Compounding pharmacies — a $2.1 billion industry — make customized prescription medicines that aren’t available from traditional drugstores, such as those that aren’t cost-effective for large drug manufacturers to produce.

With an emphasis on formulating anti-aging medicine, Signature Compounding has grown from $550,000 in gross annual sales in 2000 to $21 million this year.

In addition, the firm just moved into a new $3.2 million, two-story headquarters near downtown Orlando, and its co-founders recently opened a personal training fitness center and created a medical property development company with plans for a $16 million wellness complex near their headquarters.

Mrs Loomis is reportedly a grad of the Ohio State University.

Naomi Loomis attended The Ohio State University, College of Pharmacy and graduated with honors in 1995. She has practiced pharmacy in various settings including hospitals, pediatrics, and retail while maintaining a career-long interest in women’s health and bio-equivalent hormone replacement therapy as a strategy for wellness.

Naomi is the Founder and CEO of Signature Pharmacy, Inc., the largest compounding pharmacy in Florida. She has been featured on the evening news and radio programs as an expert on menopause and hormone replacement and works with several physicians to optimize hormone replacement regimens for women. She has done extensive speaking to women’s groups and counseled thousands of patients about the benefits of bio-identical hormone replacement. In addition to her work in the field of Women’s Health, she also serves as the Consultant Pharmacist of Record for several dialysis facilities and outpatient clinics.

Robert (Stan) Loomis is the founder and Chief Operating Officer of Signature Pharmacy. He graduated from the Florida A&M University College of Pharmacy with a Bachelor’s Degree in Pharmacy…

Mike Loomis. Signature Pharmacy is privileged to have Kenneth (Mike) Loomis as the head Compounding Pharmacist and the Director of Laboratory Services. Mike graduated from Florida State University with degrees in Biology and Chemistry; he went on to graduate from Florida A&M University College of Pharmacy with a Bachelor’s degree in pharmacy.

Neo-Nazis Fit to be Tied
Jul 09