Warning: fclose() expects parameter 1 to be resource, boolean given in /homepages/29/d420594804/htdocs/wp-includes/functions.php on line 5477
 Chris Benoit's Name Surfaced in DEA Steroid Investigation Before the Murders/Friends of the Benoit Family Speak - The Constantine Report
LOADING 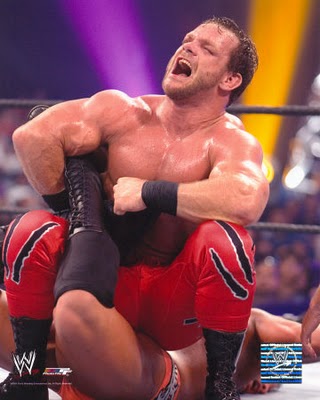 ” … The Drug Enforcement Administration acknowledged this week that Benoit’s name surfaced in an investigation before he killed his wife, son and himself. … ”

Chris Benoit’s mother said she wonders whether her son would still be alive if federal agents had been more aggressive when they discovered that Benoit, a professional wrestler, was buying large quantities of steroids.

The Drug Enforcement Administration acknowledged this week that Benoit’s name surfaced in an investigation before he killed his wife, son and himself. But Benoit wasn’t charged, and his supply continued until at least May, a month before the murder-suicide, according to a review of records by The Associated Press.

Benoit’s mother said she is also concerned by another disclosure that police were previously aware Benoit’s doctor, Phil Astin, may have been improperly prescribing medications.

Asked if quicker action by authorities could have helped her son, Margaret Benoit said in a telephone interview from her home in Alberta, Canada, “We would certainly hope so. We just don’t know.”

•NO RETARDATION: Prosecutors who have reviewed the medical records of Benoit’s son say there is no mention of any pre-existing mental or physical impairment, and teachers deny reports that he was physically undersized. Following his murder, WWE officials asserted the boy had a form of mental retardation called Fragile X syndrome. WWE has backed away from its previous statement.
–
BENOIT TRAGEDY – NEIGHBOUR DISCUSSES TALKING TO THE BENOIT FAMILY HOURS BEFORE TRAGEDY TOOK PLACE
by Phil Lowe
5 July 2007, 4:02 am EST
FOX 5 out of Atlanta have an exclusive interview with James Robison, a friend and neighbour of the Benoit family.

Robison told FOX 5 that he had spoken to Chris, Nancy and Daniel Benoit just hours before Chris is believed to have murdered his wife Nancy.

Robison said that he had talked to the Benoit family about both families getting together to celebrate the Fourth of July together. Chris Benoit told him he would be on the road and would talk to him when he returned.

He commented that it was just a “typical conversation“, adding, “I analyzed that conversation over and over, and there was nothing strange.”

Rev. George Dillard was also interviewed. He revealed that Nancy had approached him about spiritual counselling but that marriage guidance had not been discussed.

Neither was of the impression that any of the Benoit family had given signs indicating they thought things were bad prior to last week’s tragedy taking place, with Robison echoing what many have said over the past ten days or so in that the Chris Benoit he knew is not the kind of person who would commit such crimes