" ... In December 1941, while the Churchill publicly condemned the men of Vichy France who “lay prostrate at the feet" of Hitler, his advisors were holding a secret meeting to discuss arming them. ... The information will have significant connotations for the way historians understand the relationship between powers during World War II. ... "

The British military planned to secretly arm Vichy France during the Second World War behind Churchill’s back, despite the fact they were fighting for enemy forces, new documents have revealed 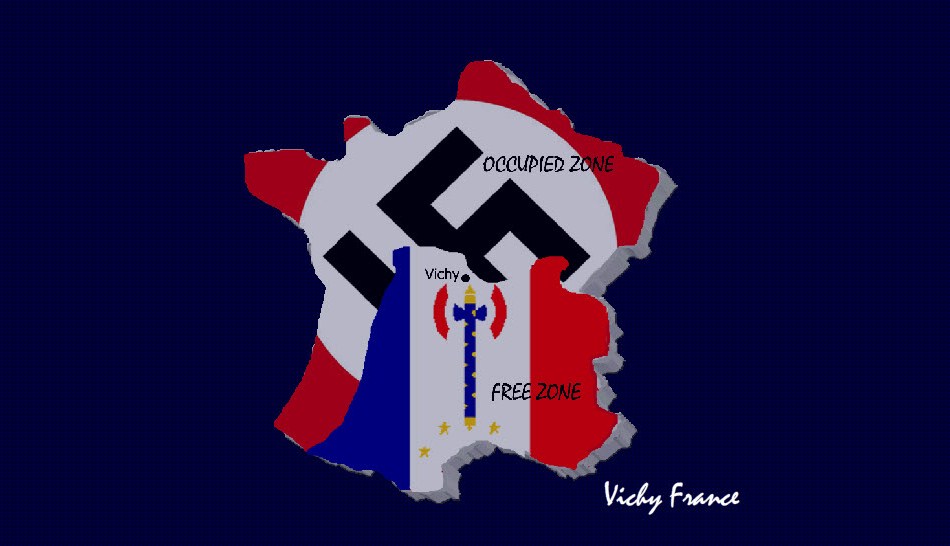 Confidential papers, unseen until now, show senior members of the Allied forces held a clandestine meeting with representatives of Vichy France - even as their opposing forces were fighting in Madagascar.

Not only were Winston Churchill and Charles de Gaulle unaware of the meeting, they were specifically banned from being told under orders of the British Chief of Staff, who feared their reaction. The file, labelled “Most Secret”, decreed “knowledge of this plan should be greatly restricted” and added: “It would be unnecessary to inform the Prime Minister or Foreign Office until discussions were about to start.”

The plan, which could have changed the course of world history, was intendedto go into effect should the German Army be forced to retreat from France. Then, it suggested, the British army should arm eight divisions of Vichy troops to help them land at Bordeaux or La Rochelle, and create a “corridor” to move supplies into occupied territory.

The information will have significant connotations for the way historians understand the relationship between powers during World War II.

The Vichy regime, officially a neutral power, was formed to rule a large part of southern France after Nazi invasion in June 1940 under a compromise deal with Hitler. It was furnished with a limited “Armistice Army”, but was caught up in various military battles, including fighting the British in Syria in 1941 and Madagascar in 1942. But in December 1941, while the Churchill publicly condemned the men of Vichy France who “lay prostrate at the feet" of Hitler, his advisors were holding a secret meeting to discuss arming them.

Representatives of Vichy France came to London to meet with unnamed British officials, in a meeting described in a highly confidential Chief of Staff file signed by Field Marshall Alan Brooke.

Eric Grove, professor of naval history at the University of Salford, said his “eyes widened” when he came across the information in a special confidential Chief of Staff file. He said: “Here we are, having been fighting the Vichy French in Syria in 1941 and in Madagascar, talking about arming their colleagues in France itself.

“This plan had significant support. They wanted us to arm eight French divisions to take part in the liberation of France, with Allied forces landing at Bordeaux and La Rochelle securing a corridor through with the help of Vichy France. The fact they were deliberately trying to go behind the backs of Churchill   and Charles de Gaulle is very interesting. The file specifically says ‘let’s not tell the Foreign Office or Downing   Street at this stage'. It also shows that Vichy France was pragmatic – they were keeping their options open and hedging their bets as to whether Germany or the Allies were going to win.”

Max Hastings, military historian, added: “If Churchill had known what they had said, Alanbrooke would have been in for a very, very bad half hour indeed with the Prime Minister.”

The British general who planned to arm Vichy 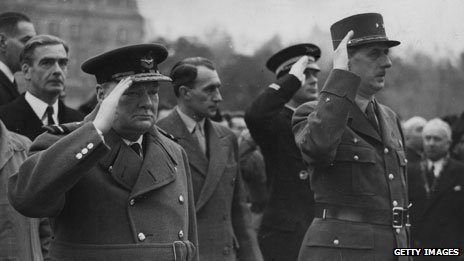 Both Churchill and De Gaulle had made clear their contempt for Marshall  Petain's regime, which controlled a large part of France thanks to a deal struck with Hitler.

Relations between Britain and France had been strained since July 1940, when

Churchill, who was determined to stop French ships falling into German hands, ordered the Royal Navy to sink several French war ships off the coast of Algeria - 1,300 French sailors lost their lives in the action.

In retaliation, a furious Vichy not only broke off diplomatic relations with London but also bombed Gibraltar.

In December 1941, Winston Churchill made clear his distaste for the supposedly neutral Vichy regime and its often enthusiastic collaboration with Hitler.

Charles De Gaulle was equally contemptuous. Vichy's leaders had accused him of being a traitor when he fled to London after the fall of France. At the time, Marshal Petain, a hero of World War I, was a more popular figure in France -  many saw him as having shielded Vichy from the worst excesses of Hitler's forces and saved the region from German occupation.

But neither man had anything to say about a secret meeting in London in December 1941 between a senior Vichy military officer and a member of the British General Staff. That, it seems, is because nobody told them.

But documents dated six months later show that the meeting resulted in a decision that was both extremely significant and highly controversial.

General Alan Brooke's Most Secret memo of May 1942: "Plan to give support to the French Army in occupied territory"

A proposal discussed at the meeting was approved in May 1942 by General Alan Brooke, Chief of the Imperial General Staff. Under the top secret plan Britain was to arm Vichy troops and link up with them in an Allied landing at Bordeaux and La Rochelle. At the time Britain had no official military links with Vichy and its forces were fighting Petain's troops in Madagascar.

Professor Eric Grove of the University of Salford, who discovered the papers, says he was astonished at what he found. "My eyes widened," he says.

"Here we were having been fighting the Vichy French in Syria in 1941 and, indeed, in May 1942 we were actually fighting Vichy forces in Madagascar. And here we are talking about arming their colleagues in France itself."

What is even more shocking, in Grove's view, is the high-level backing the plan had, and not only in Britain.

"This plan has the support of the French Chief of the General Staff and General Weygand, who was a French general with a very high reputation significant support. They wanted us to arm eight French divisions to take part in the liberation of France," he says.

World War II historian Max Hastings believes that Winston Churchill, the undisputed leader of Britain's war effort, would not have taken kindly to being kept in the dark about a plan of this magnitude.

Particularly when one of those involved in it was General Alan Brooke, the man at the very top of Britain's military machine.

"If he'd known what they said Brooke would have had a very, very bad half hour indeed with the prime minister, because Churchill liked to know

It seems likely that both Churchill and De Gaulle were not told because of fears about what would happen if they knew.

In Max Hastings' view, Churchill, "a man of passionate impulses", could have viewed the plan as iniquitous or as an opportunity.

According to Jean-Louis Cremieux-Brilhac, a senior intelligence officer with the Free French in London in 1942, De Gaulle's reaction was all too predictable.

"If we had known, it would have been something scandalous for us," he says.

But when American forces landed in Vichy-occupied North Africa in November 1942, the secret plan - which seemed to have been dropped quietly anyway - was well and truly dead.

The lack of Vichy resistance to Allied forces prompted the Germans to invade unoccupied France, and Marshal Petain's regime could no longer do deals with anyone.

But French historian and author Henry Rousso says these formerly secret papers make clear what might have happened had Vichy's General Giraud, and not General De Gaulle, taken over French forces in North Africa in 1943.

"It could have been possible that De Gaulle didn't win this political fight, and the history of France would have been, after the war, completely different. And this document reminds historians to be very cautious about the way we are writing history."

Windsors liked nazis, are too.