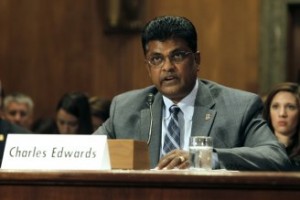 The U.S. Department of Homeland Security’s watchdog agency is in turmoil amid allegations that its agents in Texas were told to falsify reports ahead of an office inspection last fall, according to an internal e-mail and interviews.

Wayne H. Salzgaber, another deputy, wrote in the e-mail that Ryan, who oversees the inspection operations, and Frost were on leave pending the conclusion of a U.S. Department of Justice and FBI investigation into the matter. ...

A federal grand jury in Washington has been convened to hear testimony over whether agents in a McAllen, Texas, field office fabricated “investigative activity” to show progress on misconduct cases involving homeland security employees, officials familiar with the probe told the Center for Investigative Reporting.

One former agent who was called to testify said the entire McAllen office, which has about 10 employees, had been subpoenaed. ...

Over the last decade, the Department of Homeland Security has spent billions of dollars to boost border security, including a hiring surge of U.S. Border Patrol agents that has more than doubled the size of the agency. At the same time, officials report an uptick in corruption-related investigations. Since October 2004, 136 Customs and Border Protection employees have been indicted on or convicted of corruption-related charges. ...

Full Story at The Center for Investigative Reporting: