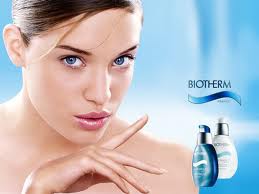 … The book combines two stories that have little to do with each other: the rise of Helena Rubinstein and the parallel rise of the French cosmetics giant L’Oréal and its founder, Eugène Schueller. …

Ms. Rubinstein comes off as a warm if demanding grandmother, given to the occasional nervous breakdown and the serial purchase of expensive jewelry to make herself feel better.

L’Oréal’s founder, Mr. Schueller, isn’t nearly so accessible. Born in 1881, he would become a chemist given to 60-hour work weeks. He was the first to create and popularize safe hair dyes; before L’Oréal, dyes tended to cause rashes and itching.

Mr. Schueller, an admirer of Henry Ford, became a business titan in his own right by the 1920s, and while he adopted some of Ford’s industrial innovations, it was his mimicking of Ford’s more worrisome beliefs — including dalliances with social engineering, fascism and anti-Semitism — that ultimately damaged the reputations of both Mr. Schueller and L’Oréal.

After the Germans invaded, Mr. Schueller became an ardent Nazi collaborator, financing French fascist groups and exhorting his countrymen to work with the Germans to build a new, more powerful French state. All of this led to two postwar trials, both of which judged Mr. Schueller legally innocent but forever tarnished his image.

The deeper problem — and this makes up some of the book’s best sections — was the many other Nazi collaborators and onetime French fascists who turned up working in L’Oréal’s executive suites after the war. When, more than three decades later, one of these fellows arranged a deal to purchase Helena Rubinstein’s company, it set off all sorts of repercussions and reviews.

NONE of this has much to do with Helena Rubinstein. Indeed, I didn’t mind at all that the book probably devotes more words to collaborationist intrigues and investigations than to beauty creams and hair dyes.

It makes for a book with a split personality, but for anyone interested in cosmetics, French collaborationists or just a good Euro-scandal, it’s not a bad read. And, at 275 pages, it’s a pretty fast one, too.