"... You can draw a straight line from the Liberty League’s crusade against the New Deal 'socialism' of Social Security, the Securities and Exchange Commission and child labor laws to the John Birch Society-Barry Goldwater assault on J.F.K. and Medicare to the Koch-Murdoch-backed juggernaut against our 'socialist' president. Only the fat cats change. ... Even the sources of their fortunes remain fairly constant. ..."

The Billionaires Bankrolling the Tea Party 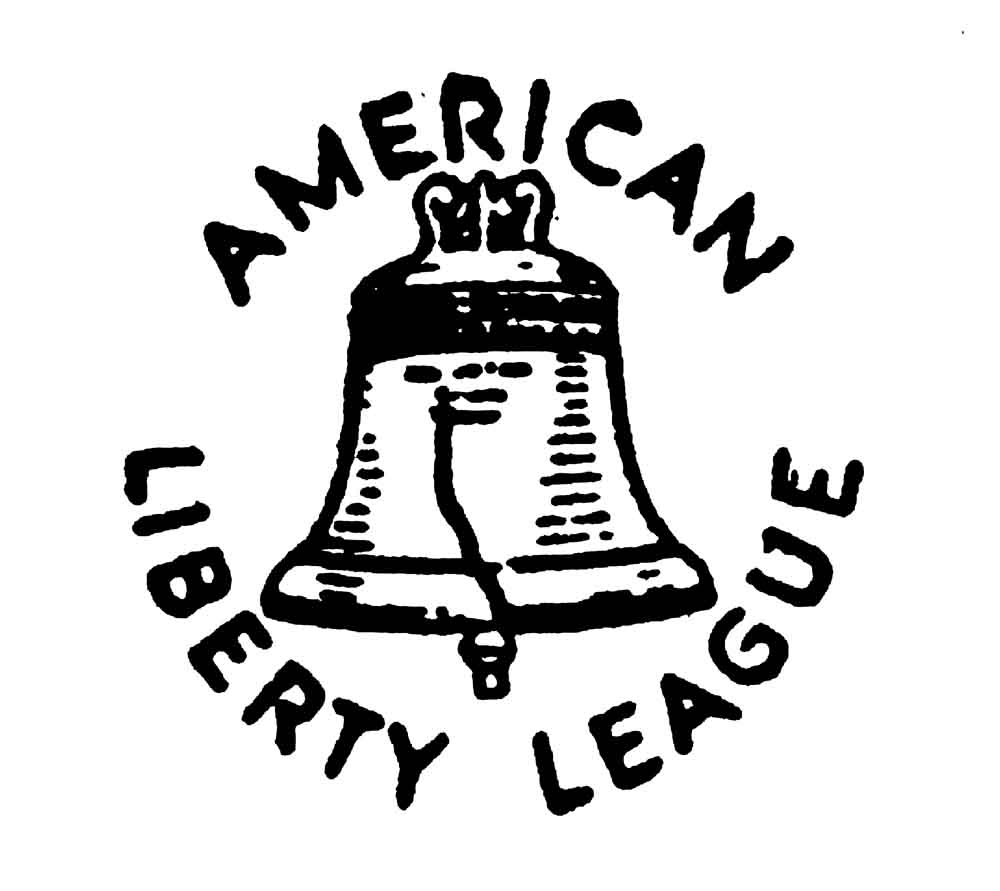 ANOTHER weekend, another grass-roots demonstration starring Real Americans who are mad as hell and want to take back their country from you-know-who. Last Sunday the site was Lower Manhattan, where they jeered the “ground zero mosque.” This weekend, the scene shifted to Washington, where the avatars of oppressed white Tea Party America, Glenn Beck and Sarah Palin, were slated to “reclaim the civil rights movement” (Beck’s words) on the same spot where the Rev. Martin Luther King Jr. had his dream exactly 47 years earlier.

There’s just one element missing from these snapshots of America’s ostensibly spontaneous and leaderless populist uprising: the sugar daddies who are bankrolling it, and have been doing so since well before the “death panel” warm-up acts of last summer. Three heavy hitters rule. You’ve heard of one of them, Rupert Murdoch. The other two, the brothers David and Charles Koch, are even richer, with a combined wealth exceeded only by that of Bill Gates and Warren Buffett among Americans. But even those carrying the Kochs’ banner may not know who these brothers are.

Their self-interested and at times radical agendas, like Murdoch’s, go well beyond, and sometimes counter to, the interests of those who serve as spear carriers in the political pageants hawked on Fox News. The country will be in for quite a ride should these potentates gain power, and given the recession-battered electorate’s unchecked anger and the Obama White House’s unfocused political strategy, they might.

All three tycoons are the latest incarnation of what the historian Kim Phillips-Fein labeled “Invisible Hands” in her prescient 2009 book of that title: those corporate players who have financed the far right ever since the du Pont brothers spawned the American Liberty League in 1934 to bring down F.D.R. You can draw a straight line from the Liberty League’s crusade against the New Deal “socialism” of Social Security, the Securities and Exchange Commission and child labor laws to the John Birch Society-Barry Goldwater assault on J.F.K. and Medicare to the Koch-Murdoch-backed juggernaut against our “socialist” president.

Only the fat cats change — not their methods and not their pet bugaboos (taxes, corporate regulation, organized labor, and government “handouts” to the poor, unemployed, ill and elderly). Even the sources of their fortunes remain fairly constant. Koch Industries began with oil in the 1930s and now also spews an array of industrial products, from Dixie cups to Lycra, not unlike DuPont’s portfolio of paint and plastics. Sometimes the biological DNA persists as well. The Koch brothers’ father, Fred, was among the select group chosen to serve on the Birch Society’s top governing body. In a recorded 1963 speech that survives in a University of Michigan archive, he can be heard warning of “a takeover” of America in which Communists would “infiltrate the highest offices of government in the U.S. until the president is a Communist, unknown to the rest of us.” That rant could be delivered as is at any Tea Party rally today.

Last week the Kochs were shoved unwillingly into the spotlight by the most comprehensive journalistic portrait of them yet, written by Jane Mayer of The New Yorker. Her article caused a stir among those in Manhattan’s liberal elite who didn’t know that David Koch, widely celebrated for his cultural philanthropy, is not merely another rich conservative Republican but the founder of the Americans for Prosperity Foundation, which, as Mayer writes with some understatement, “has worked closely with the Tea Party since the movement’s inception.” To New Yorkers who associate the David H. Koch Theater at Lincoln Center with the New York City Ballet, it’s startling to learn that the Texas branch of that foundation’s political arm, known simply as Americans for Prosperity, gave its Blogger of the Year Award to an activist who had called President Obama “cokehead in chief.”

The other major sponsor of the Tea Party movement is Dick Armey’s FreedomWorks, which, like Americans for Prosperity, is promoting events in Washington this weekend. Under its original name, Citizens for a Sound Economy, FreedomWorks received $12 million of its own from Koch family foundations. Using tax records, Mayer found that Koch-controlled foundations gave out $196 million from 1998 to 2008, much of it to conservative causes and institutions. That figure doesn’t include $50 million in Koch Industries lobbying and $4.8 million in campaign contributions by its political action committee, putting it first among energy company peers like Exxon Mobil and Chevron. Since tax law permits anonymous personal donations to nonprofit political groups, these figures may understate the case. The Kochs surely match the in-kind donations the Tea Party receives in free promotion 24/7 from Murdoch’s Fox News, where both Beck and Palin are on the payroll.

The New Yorker article stirred up the right, too. Some of Mayer’s blogging detractors unwittingly upheld the premise of her article (titled “Covert Operations”) by conceding that they have been Koch grantees. None of them found any factual errors in her 10,000 words. Many of them tried to change the subject to George Soros, the billionaire backer of liberal causes. But Soros is a publicity hound who is transparent about where he shovels his money. And like many liberals — selflessly or foolishly, depending on your point of view — he supports causes that are unrelated to his business interests and that, if anything, raise his taxes.

This is hardly true of the Kochs. When David Koch ran to the right of Reagan as vice president on the 1980 Libertarian ticket (it polled 1 percent), his campaign called for the abolition not just of Social Security, federal regulatory agencies and welfare but also of the F.B.I., the C.I.A., and public schools — in other words, any government enterprise that would either inhibit his business profits or increase his taxes. He hasn’t changed. As Mayer details, Koch-supported lobbyists, foundations and political operatives are at the center of climate-science denial — a cause that forestalls threats to Koch Industries’ vast fossil fuel business. While Koch foundations donate to cancer hospitals like Memorial Sloan-Kettering in New York, Koch Industries has been lobbying to stop the Environmental Protection Agency from classifying another product important to its bottom line, formaldehyde, as a “known carcinogen” in humans (which it is).

Tea Partiers may share the Kochs’ detestation of taxes, big government and Obama. But there’s a difference between mainstream conservatism and a fringe agenda that tilts completely toward big business, whether on Wall Street or in the Gulf of Mexico, while dismantling fundamental government safety nets designed to protect the unemployed, public health, workplace safety and the subsistence of the elderly.

Yet inexorably the Koch agenda is morphing into the G.O.P. agenda, as articulated by current Republican members of Congress, including the putative next speaker of the House, John Boehner, and Tea Party Senate candidates like Rand Paul, Sharron Angle, and the new kid on the block, Alaska’s anti-Medicaid, anti-unemployment insurance Palin protégé, Joe Miller. Their program opposes a federal deficit, but has no objection to running up trillions in red ink in tax cuts to corporations and the superrich; apologizes to corporate malefactors like BP and derides money put in escrow for oil spill victims as a “slush fund”; opposes the extension of unemployment benefits; and calls for a freeze on federal regulations in an era when abuses in the oil, financial, mining, pharmaceutical and even egg industries (among others) have been outrageous.

The Koch brothers must be laughing all the way to the bank knowing that working Americans are aiding and abetting their selfish interests. And surely Murdoch is snickering at those protesting the “ground zero mosque.” Last week on “Fox and Friends,” the Bush administration flacks Dan Senor and Dana Perino attacked a supposedly terrorism-tainted Saudi prince whose foundation might contribute to the Islamic center. But as “The Daily Show” keeps pointing out, these Fox bloviators never acknowledge that the evil prince they’re bashing, Walid bin Talal, is not only the biggest non-Murdoch shareholder in Fox News’s parent company (he owns 7 percent of News Corporation) and the recipient of Murdoch mammoth investments in Saudi Arabia but also the subject of lionization elsewhere on Fox.

No less a Murdoch factotum than Neil Cavuto slobbered over bin Talal in a Fox Business Channel interview as recently as January, with nary a question about his supposed terrorist ties. Instead, bin Talal praised Obama’s stance on terrorism and even endorsed the Democrats’ goal of universal health insurance. Do any of the Fox-watching protestors at the “ground zero mosque” know that Fox’s profits are flowing to a Obama-sympathizing Saudi billionaire in bed with Murdoch? As Jon Stewart summed it up, the protestors who want “to cut off funding to the ‘terror mosque’ ” are aiding that funding by watching Fox and enhancing bin Talal’s News Corp. holdings.

When wolves of Murdoch’s ingenuity and the Kochs’ stealth have been at the door of our democracy in the past, Democrats have fought back fiercely. Franklin Roosevelt’s triumphant 1936 re-election campaign pummeled the Liberty League as a Republican ally eager to “squeeze the worker dry in his old age and cast him like an orange rind into the refuse pail.” When John Kennedy’s patriotism was assailed by Birchers calling for impeachment, he gave a major speech denouncing their “crusades of suspicion.”

And Obama? So far, sadly, this question answers itself.