The writers at Human Events are constantly complaining about "Liberal Fascism." Ludicrous psychological machinations aside, the controlling interests of Human Events have a 50-year Nazi and CIA history  ...

Re Human Events' Nazi Collaborations, Pioneer Fund - Fascist Eugenicist Wyckliff Draper [founder of the Pioneer Fund, much admired by the Waffen SS], the America First Committee [agitated against American entry into WW II], Joseph McCarthy & Human Events: " ... General Robert Wood, John B. Trevor, Walter Steele and some other Draper associates like Robert J. Morris, called 'the real force behind McCarthyism' by Whittaker Chambers, all became convenient patriotic anti-Communists after World War II. Draper financially and politically aided both Robert J. Morris and Senator Joe McCarthy, in lobbying for a more intense Cold War, and supporting reprieves for Nazi war criminals convicted at the Nuremberg tribunals. Draper, [America First Leader] General Robert Wood helped establish Human Events, then a monthly magazine, that in late 1945 called the Nuremberg Trials a "travesty of justice." Draper was listed on the masthead as one of the 50 founding incorporators and sponsors of Human Events. ... " http://educationforum.ipbhost.com/index.php?showtopic=11360

Re Human Events and Regnery Press: " ... In December of 1993, Regnery was acquired by Tom Phillips, publisher of Human Events. When I subscribed to Human Events, I was struck by the fact that the publication went out of its way to identify political figures who were Jewish or half-Jewish, for example, John Schlesinger. ... " http://www.ajweberman.com/monica.htm

Re CIA influence on Human Events: " ... William Casey, rooted in OSS activities and later to be named director of the CIA ... helped transfer Human Events from isolationist to interventionist hands. ... " http://www.informationclearinghouse.info/article3700.htm

Re The CIA and Human Events Funding: " ... [DCI] Casey was a founding director of the conservative National Strategy Information Center in the early 1960s. Further back, he assisted with the incorporation of William Buckley's National Review, and served as executor of the Jim Wick estate, which established the long-term funding for Human Events. ... " http://www.ajweberman.com/monicaA.htm 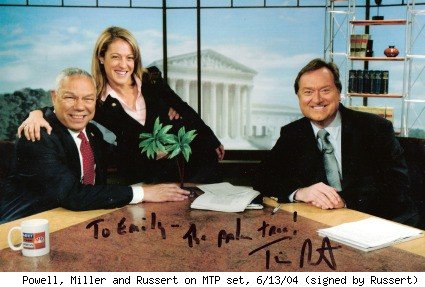 By Betsy Rothstein | MediaBistro.com | Aug 25, 2010 Emily Miller has a new job as as senior editor for the conservative news site Human Events. Her primary beat will be political investigations. She will no longer be a TWT contributor. The news is rather timely karma wise. This is the very week that her former boss, ex-Majority Leader Tom DeLay (R-Texas), also had some good luck and was cleared by the Justice Department. The investigation led to in-depth stories with splashy scandal-torn headlines about Miller in WSJ and WaPo regarding the Jack Abramoff ordeal. "Its been a long five years being unfairly associated with and blamed in this ongoing investigation," Miller told FishbowlDC. "All the former staff became collateral damage." But that's all over now, she says, a relieved note in her voice. "I'm thrilled to move forward and aggressively go after the real scandals and ethics violations," she said. "Onward and upward." Miller's first day at Human Events is Thursday. A note (of warning) from Human Events Editor Jason Mattera: "We're excited to bring Emily on board. She's tenacious, smart, a helluva writer, and understands the importance of interactive journalism. Leftist politicians, in particular, should be nervous. Emily's going to expose their corruption, hypocrisy, and vapid ideology." 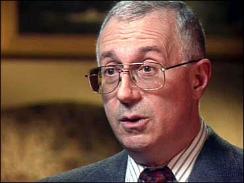 Jed Babbin - About the author of "Don't Shield the Media: Prosecute the Leakers" (Human Events, 05/09/2008), "conservative" propagandist Babbin, whose publisher is Regnery Press:

"Mr. Babbin is the editor of Human Events. He served as a deputy undersecretary of defense in President George H.W. Bush's administration. He is the author of In the Words of our Enemies (Regnery, 2007) and (with Edward Timperlake) of Showdown: Why China Wants War with the United States (Regnery, 2006) and Inside the Asylum: Why the UN and Old Europe are Worse than You Think (Regnery, 2004). (E-mail him at jbabbin@eaglepub.com.)

Jed Babbin's argument for criminalizing whistle-blowers, or "leakers," and the investigative reporters who court them:

" .. Reporters aren’t doctors or priests, but Congress is considering raising their legal status to similar level by creating a legal 'shield' for journalists to protect confidential sources. ... http://www.humanevents.com/article.php?id=26414

"The CIA’s secret prisons where terrorist suspects were held and interrogated -- located were in Eastern Europe and Asia Minor, among other places -- were top secret. Someone leaked the secret prison program and some of the locations to Washington Post reporter Dana Priest. Over administration objections, the leaks (but not the prison locations) were published by the Post on November 2, 2005. The program was both legal and secret [sic]. It was published and thus damaged. Some of the nations which had hosted the secret prisons reportedly closed them. But the Bush administration didn’t investigate or prosecute the leakers. One CIA employee was reportedly fired but nobody was charged with the crime ... "The most high-profile of these stories is the now-famous 'terrorist surveillance program' run by the National Security Administration ... "

Telling that Babbin puts quotes around "terrorist" surveillance system. He claims that the illegal taps "reportedly [reported by whom? Bush?] intercepted thousands of communications between terrorists and their sympathizers or compatriots within the United States. ... " Sure-sure. Babbin is a Good German to the core:

"I may have a different view of these matters than most journalists. As an Air Force officer and later as a deputy undersecretary of defense, I have had several security clearances, including some very fancy 'tickets' to the highest levels of classified information. I’m sure that there are things in my brain’s attic that are still classified. I will never speak or write of them."

Well, how many federal crimes does he know about? How many has he participated in? - AC

The OSS Propagandist, the Robber Baron, Cold War Hollywood & the Making of "The Searchers"