Fight over Eichmann Files Back to German Court

BERLIN — Germany's intelligence service has turned over thousands of files on top Nazi Adolf Eichmann 's whereabouts after World War II to a journalist who sued for them. But with so many passages blacked out and pages missing, she's taking the matter back to court.

An attorney for freelance reporter Gabriele Weber said Tuesday he was confident that she would win greater access eventually, even though Chancellor Angela Merkel's office has argued that some Eichmann files should stay secret.

Last week, Weber went to see the government files on the man known as the "architect of the Holocaust" for coordinating the Nazi's genocide policy. She was surprised to find some 1,000 pages missing, despite a federal court's order in April that the intelligence agency, the BND, could not keep all of the documents secret.

Merkel's office, which oversees the BND, argued in a filing with the Federal Administrative Court in Leipzig that the 3,400 files had been examined and that it had been determined that some should remain withheld for a variety of reasons. It expressed concern that because the information had been received in confidence from other intelligence agencies, to make it public would discredit the BND.

Merkel's office has not commented on the April decision and the BND refused to elaborate while the matter is still pending in court.

The arguments, however, were similar to those the court rejected when it made its initial ruling.

"I am certain that we will get all of the files, but it will take some time," Weber's Berlin attorney Reiner Geulen said.

He has filed a new request with the Leipzig court arguing that the government is violating the court's original order by withholding so much.

Even though the basics of Eichmann's story after the war are well known — he fled Germany, was captured in Argentina by Israel's Mossad in 1960, then hanged after trial in Jerusalem in 1962 — Weber hopes the files will shed more light on missing pieces of the puzzle. Who helped him escape? How much did Germany know about where he was? Is there more to the story of his capture?

It was not clear when the case would be heard by the Leipzig court.

American and West German intelligence remained silent about the whereabouts of Nazi war criminal Adolf Eichmann in the 1950s to protect anti-communist operations, according to newly declassified US archives.

The United States and West Germany knew of the location and alias of Nazi war criminal Adolf Eichmann two years before his capture, according to CIA documents released on Tuesday.

The newly declassified intelligence archives reveal that the CIA was told by West German intelligence in 1958 about Eichmann's whereabouts in Argentina. Eichmann is known to have organized the "final solution" --the deportation of Jews to ghettos and death camps -- to rid Germany of its Jewish population during World War II. 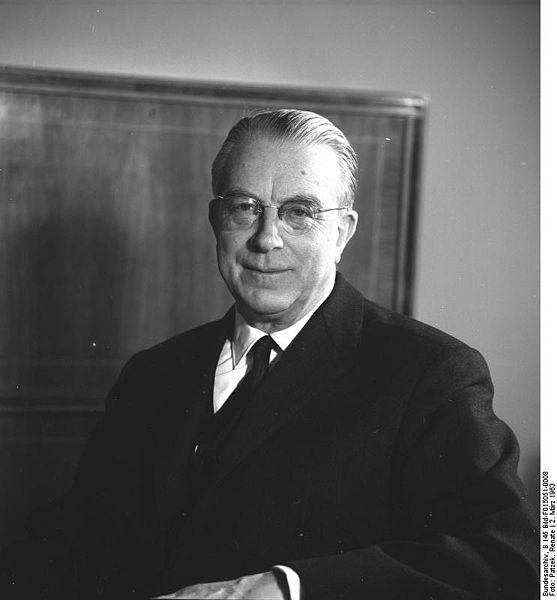 Timothy Naftali from the University of Virginia said that the United States and West Germany clearly had an opportunity to pursue Eichmann back in 1958, however, the CIA and West German intelligence did nothing in order not to jeopardize Hans Globke, Chancellor Konrad Adenauer's national security adviser. A former high-rank Nazi, Globke worked for the Jewish affairs department during World War II. It is alleged that Globke was involved in writing laws to remove Jews from Germany.

Eichmann remained at large in Argentina with his family until 1960 where he was captured and kidnapped by Israeli intelligence. It is alleged that Eichmann was using the alias Ricardo Klement while on the run.

Among the 27,000 pages released by the US National Archives is a March 19, 1958 memo from West German intelligence officials to the CIA. "He is reported to have lived in Argentina under the alias 'Clemens' since 1952," authorities wrote according to the Associated Press. 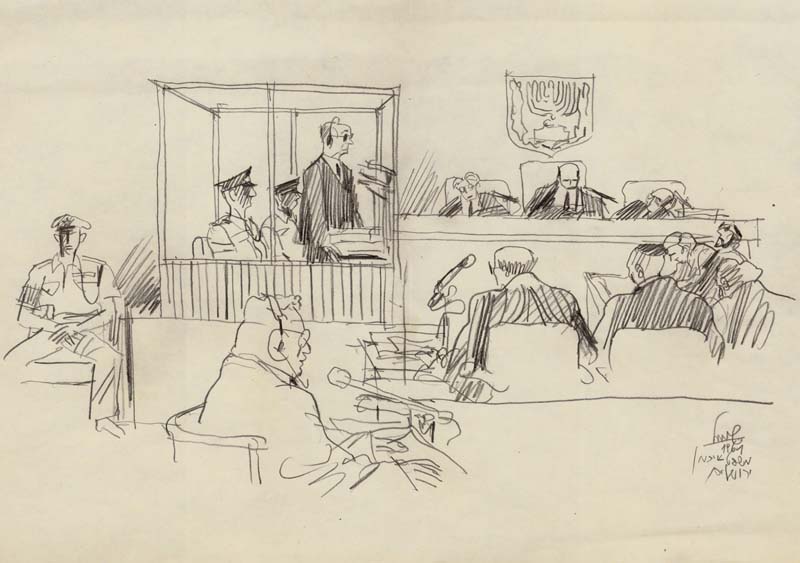 After his capture by Israeli agents Eichmann was taken to Israel where he was tried, convicted and executed in 1962 for crimes that he committed against the Jews. The CIA then pressured US journalists to omit references to Globke in their reporting about Eichmann.

The release of the Eichmann documents is part of the CIA's effort to declassify intelligence records under the Nazi War Criminals Disclosure Act of 1998.

In another case of recently declassified documents, records show that former Nazi SS intelligence officer Heinz Felfe, who worked for the Soviet KGB after the war, was able to join the West German intelligence services after the United States insisted upon it. Felfe would rise to the rank of chief in the division that was responsible for the surveillance of the Soviet Union, documents show.

"CIA has been struggling with the nettlesome problem of how to balance the public's interest in the historical record of CIA's connections to Nazis, and an intelligence agency's need ... to protect the identities of sources," Stanley Moskowitz, a former CIA official who is now a consultant to the agency, told the Associated Press. "The passage of time has shifted the balance."