Tracing the Bitter Truth of Chocolate and Child Labor 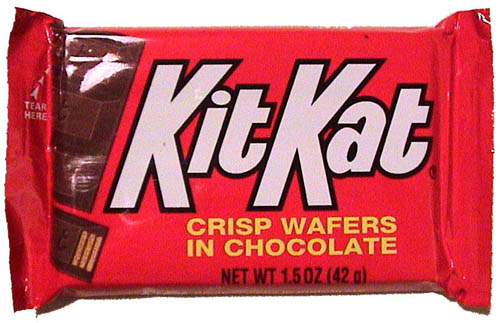 This Easter, Britons will eat their way through 80m chocolate eggs without the slightest idea how the essential ingredient in our favourite treat is harvested.

In an investigation into the supply chain that delivers much of the chocolate sold in the UK – more than half a million tonnes a year – the BBC found evidence of human trafficking and child slave labour. Panorama also found that there is no guarantee, despite safeguards, even with chocolate marketed as Fairtrade, that child labour – as defined by the International Labour Organisation (ILO) – has not been involved in the supply chain.

By the time it hits the High Street, cocoa becomes increasingly hard to trace. As it passes from farmer to buyer to wholesalers, exporters, importers and manufacturers, on the journey from cocoa pod to dried bean to chocolate bunny, it becomes more and more likely that the source of the bean will be lost.  Together, Ghana and Ivory Coast produce 60% of the world’s cocoa. More than 10m people survive off the industry.

In a village in Ghana, Kenyon met 12-year-old Ouare Fatao Kwakou, who was sold to traffickers by his uncle and taken from neighbouring and impoverished Burkina Faso to work as a cocoa picker.

More than a year later, he had not been paid a penny for his work – the profits of his labour going instead to his new cocoa masters and to the uncle who sold him. In the port city of San Pedro in Ivory Coast, Kenyon posed as a trader and sold on cocoa beans which had been produced by the worst forms of child labour. It is at this point where the traceability of the cocoa ends and it can be sold on to major chocolate makers worldwide who cannot say how it was sourced.

The end buyer of Kenyon’s child labour beans was one of the world’s biggest exporters who in turn sells it on to several well known High Street names.

Panorama has seen documents which show that in September 2009, the Fairtrade cocoa co-operative in Ghana which supplies Cadbury and Divine, suspended seven out of 33 of their cocoa farming communities in one of the major growing regions after they were found to be using the worst forms of child labour. The co-operative, Kuapa Kokoo, is supplied by 1,200 different cocoa communities that are made up of more than 45,000 farmers.

Following remedial action by Kuapa Kokoo, the Fairtrade suspension was lifted in early January. The co-operative said it is the only time that it has failed an audit of its farmers’ practices with respect to child labour in 15 years as a Fairtrade supplier.

Harriet Lamb, executive director of the Fairtrade Foundation in the UK, said the suspension of farming communities that are suspected of using child labour is evidence that the Fairtrade system is working.  It means that unlike other chocolate products, Fairtrade cocoa is traceable to the source farm and action can be taken when bad practices are uncovered, as happened in the case of Kuapa Kokoo.

“We make sure in that case that absolutely we’re not selling any cocoa on Fairtrade terms while we put in place the systems and structures to stop it happening again,” she said of the recent seven suspensions.

In a statement to Panorama, Cadbury said it had not been supplied with any cocoa beans from any of the seven communities in question either before or during the suspension.

It said: “The fact that child labour issues were identified … is evidence the Fairtrade certification process is working.”

In Ivory Coast, Panorama met a farmer who relies on his eight-year-old brother and 11-year-old son to help harvest the cocoa that goes to the co-operative supplying Nestle as part of its recent Fairtrade initiative. In January, the company began selling Fairtrade four-finger Kit Kats in the UK. Neither of the young boys goes to school and figures compiled by the US State Department show that they are among an estimated 100,000 Ivorian children put to work in the cocoa industry.

Although Nestle does buy from the cooperative that the farmer sells his crop to, the company said in a statement: “Panorama has been unable to provide us with any evidence whatsoever of child labour being used to produce cocoa beans purchased by Nestlé.”

In America – the world’s largest consumer of chocolate – US Congressman Eliot Engel proposed legislation nine years ago that would have required all chocolate sold in America to state on the label that it is slave-labour-free or child-slave-labour-free. But in 2001, he agreed instead to an industry regulated six-point plan to put an end to child labour in the chocolate trade, with the threat of legislation looming should they fail to act.

Impoverished villages in Burkina Faso are a source of child labour

“I didn’t trust them at first, but once they came around I trusted them and you know the proof is in the pudding so to speak. If they became hostile or were dragging their feet, we could always resort to the legislation,” he said of the United States’ chocolate giants. But lawyer Terry Collingsworth, who has acted against the chocolate industry, said the plan is a “complete failure” and it is time to enact the law that Mr Engel first floated nine years ago.

“Let’s dust off that law, and if you mean what you say and you want to stop the use of child slaves producing products like cocoa, let’s pass that law, and then we’ll have something to work with so that we can successfully stop this crime.”

A result of the partnership – a collaboration between Mr Engel, his colleague Senator Tom Harkin, and the US chocolate industry – was to establish a foundation to help end the worst forms of child labour in West Africa, known as the International Cocoa Initiative (ICI). Executive director Peter McAllister said the chocolate companies recognise that there is a problem and are doing their best to find a solution to the practice of using child labour, adding that human rights issues are “complex and challenging” for the companies involved.

“If there wasn’t a problem we wouldn’t be here so we acknowledge the problem,” he said of the widespread practice of using children – a sensitive issue on the ground in West Africa – both politically and economically for the families that need the income from their children working.

Mr McAllister said that is why the ICI is working in 243 communities in West Africa and has already made sure that 16,000 children are in school.