Raelian Cult Wants to Rehab `Reputation’ of the Swastika 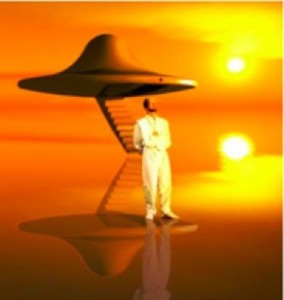 (RNS) The Raelians have designated this Sunday (June 27) as "World Swastika Rehabilitation Day," saying the ancient symbol should no longer be damned by its ties to Nazism.

A cross with arms bent at 90-degree angles, the swastika was adopted by the Nazi Party in the 1920s. A version of the swastika dates to ancient India, where it is still used as a religious symbol.

Raelian Movement spokesman Ricky Roehr said the "extraordinary emblem was given to us by our creators, advanced extraterrestrial scientists who came to Earth thousands of years ago."

"We hope World Swastika Rehabilitation Day will help restore its reputation and integrity because it's is an integral part of our Raelian symbol," Roehr said.

The Raelian symbol, a swastika merged with the Star of David, has hindered the group's plans to build "interplanetary embassies" in Israel and Lebanon.

Raelism, which was founded in 1974, came to public attention in 2002 by claiming to have created a human clone. Many doubted the evidence.

Raelians believe all life on earth was created by aliens, called the Elohim, in a laboratory far, far away.