California: GOP Hack Ghostwrote for Hugh Hewitt to the Tune of Thousands of Orange County Dollars - The Constantine Report
0 SHARES

"... What else do you expect from a person who spun so furiously for pedophile-apologist supreme John Urell to the point of releasing the names of sex-abuse victims? ..." 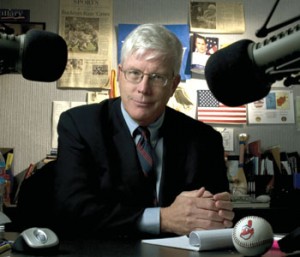 What happens when a hack writes for a hack? Thousands of computer screens groan in digital agony under the dead weight of the product--and thousands of dollars of county money get wasted by pals.

The feisty Friends for Fullerton's Future Blog has been embarrassing Orange County's preeminent Republican blogger, Matt Cunningham, for the past couple of months by posting his invoices as head publicist for an obscure county agency called the Children and Families Commission of Orange County, which gets Orange County's share of Prop. 10 revenues.

The latest FFFF revelation? Cunningham earned a cool $5,000 or so for ghostwriting some crap for OC's most nationally known conservative yakmouth, Hugh Hewitt.

Go to their website to see the invoices (I lost track of how much Cunningham earned after $5,000 since I was drowning in my bile by that point). What's most outrageous about this is that Cunningham is essentially getting paid by his longtime friend and mentor (it was Baby Hewie who suggested to Cunningham he start what's now Red County as a way to get the GOP Kool-Aid out there) to write for a man who makes his LIVING writing. If Cunningham had any principles, he would've told Hewitt to stop apologizing for USC's corruption so much and pound out some spin -- but what else do you expect from a person who spun so furiously for pedophile-apologist supreme John Urell to the point of releasing the names of sex-abuse victims?

hewitt and his ilk are hold overs from the old john birch society of orange county. he came out of that wm. f buckley young americans for freedom brigade. you know the kind- the guys who always cheerlead every war from the sidelines-the war wimps. oh but, give them a microphone to hide behind.