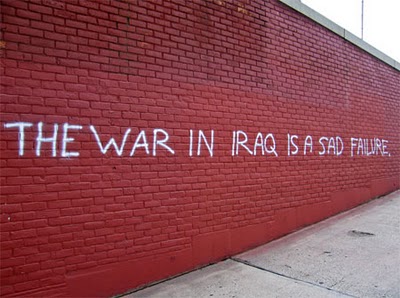 The writing seemed to be on the wall, but on August 9, the AP released an odd little story about the American occupation of Iraq, claiming that Bush’s critics have been backed off by recent reports of military “progress”: “There have been signs of changes in attitudes, some on the ground in Iraq, some in the United States.” What’s this? …

“• Two critics of Bush’s recent handling of Iraq, Michael O’Hanlon and Kenneth Pollack, both of the Brookings Institution, penned an op-ed opinion piece in The New York Times suggesting after a visit that ‘we are finally getting somewhere in Iraq, at least in military terms.’ They recommended Congress sustain the current troop buildup “at least into 2008.”
http://news.yahoo.com/s/ap/20070809/ap_on_go_pr_wh/iraq_attitudes

Blogger Cenk Uygur’s plaint: “If you type in ‘Iraq Critics Concede Military Progress’ into a search engine, you will find that hundreds of media outlets ran this fake story because of the Associated Press. The reality is that Michael O’Hanlon is an original signer of the PROJECT FOR A NEW AMERICAN CENTURY (these are the people who thought it would be a great idea if we invaded several Middle Eastern countries to bring them ‘freedom,’ starting with Iraq). 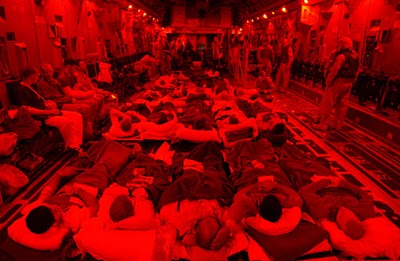 “He even wrote an editorial with one of the chief neo-conservatives in the country, Fred Kagan, in April, 2007, saying what a great idea the surge would be. But now the lemmings in the press repeat the insane talking point that this man, who is an ardent proponent of the Iraq War and the surge was a critic of the war.

“Please. Of course, he’s going to say the surge is working – it was his idea in the first place!”

But based on Michael O’Hanlon’s reversal, the Associated Press sees a turning of the tide in Iraq: “O’Hanlon and Pollack supported the 2003 invasion of Iraq, but they have been sharply critical of the administration’s handling of the aftermath. Like the Iraqi parliament, Congress has recessed for the rest of August, to return in September — when an eagerly awaited progress report on Iraq will be presented by Gen. David Petraeus, the top U.S. commander in Iraq, and Ryan Crocker, the U.S. ambassador to Iraq.”

Petraeus suggests that there is evidence of progress: “We have achieved tactical momentum in many areas, especially against al-Qaida Iraq.”

Another source for the story was Michele Flournoy, a former Pentagon defense strategist, now president of the Center for a New American Security.

Flournoy: “The clock in Washington is running down pretty fast. There’s sort of a wall next March-April. That’s when they’ll have to start replacing units, which will hit the 15-month mark.” They’re going to have some very tough choices then. Either the ‘surge’ will de facto end and they’ll start bringing people out because there’s no units to replace them. Or you’re going to have to have a presidential decision to extend tours from 15 months to 18 months,” Flournoy said.

Loren Thompson of the Lexington Institute, a Virginia-based military think tank, chimes in on ‘significant progress’ on the frontlines of illicit occupation. “There’s the backlash against al-Qaida in Anbar Province. There’s a reduction in attacks in Baghdad. And there’s the ongoing stabilization efforts in the suburban belt around Baghdad. … ”

Uygur’ moans that the media “puppet Republican talking points, over and over again. Now, we have yet another example in how they have fallen into the trap of thinking that critics of the Iraq War now suddenly believe it is going well…. This is terrible reporting. Unlike the right-wing, we don’t want to destroy the press in this country. We want to help them to do a better job. You don’t have to skew the facts in our favor, as the right demands all the time (they couch this in terms of “neutrality” – if the press was unbiased, then they would give equal weight to the conservative and liberal points of view, no matter who was right). We, on the other hand, want you to report the truth, no matter what side it falls on. We ask for this because we have the benefit of knowing that ‘reality has a well-known liberal bias.'”
http://news.aol.com/newsbloggers/2007/08/11/the-media-falls-for-conservative-propaganda-again/

The Brookings fellow has been one of the war’s staunchest backers in the press. Back in 2003, State News Service reported that O’Hanlon predicted great strides on the battlefield. He “said that while the American public was hearing a great deal about coalition casualties, they haven’t heard about the significant casualties that the U.S. is inflicting on resistance forces. He estimated that since the war ended, U.S. and coalition military forces had captured or killed about 5,000 insurgents, Baathists, and foreign fighters.”

O’Hanlon’s predictions fell far from the mark – but this doesn’t deter reporters from seeking his “expert” opinions.

Another liberal blogger, Greg Sargent, writes: “It’s been endlessly observed that being wrong repeatedly just hasn’t disqualified experts from continuing to get platforms such as this one to continue making predictions about the disaster they helped create in however small a way by supporting the invasion and the ‘surge.'”
http://electioncentral.tpmcafe.com/blog/electioncentral/2007/jul/30/war_proponents_pollock_and_ohanlon_lets_stay_in_iraq_well_into_2008

The Bin Laden Raid: Anatomy of a Sloppy Spin Job
May 06

The Bin Laden Raid: Anatomy of a Sloppy Spin Job

The Culture of Secrecy in Pennsylvania State Government
Aug 12