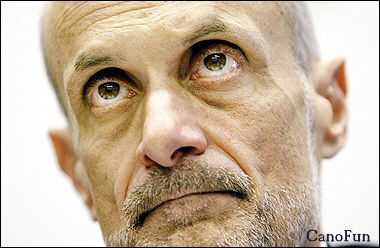 BAE Systems, the British defense giant that is the eighth-biggest contractor to the U.S. government, recently promised it wouldn't bribe people anymore.

The occasion for the promise -- along with a staggering $447 million in fines to the U.S. and U.K. governments -- was the company's guilty plea settling long-running allegations of corruption, which were first disclosed by the British newspaper The Guardian in 2003.

Among the allegations: That BAE secretly paid Prince Bandar of Saudi Arabia, then the ambassador to the U.S., $2 billion in connection with Britain's biggest-ever weapons contract.

But the revolving door? Bring it on.

The company announced today that Michael Chertoff, who served as secretary of the Department of Homeland Security in the Bush administration, is joining the company's board of directors to "provide oversight and strategic counsel, further ensuring that BAE Systems, Inc. is well positioned to meet current and future customer requirements in the defense and security markets."

Chertoff was DHS's second secretary, serving from 2005 to 2009, and brings BAE invaluable information about how the hulking often-dysfunctional behemoth was cobbled together from elements of 22 pre-existing agencies, along with intimate knowledge of the people who work there.

"It gives them an unfair competitive advantage, and in the long run hurts taxpayers," said Scott Amey, general counsel for the Project on Government Oversight. "The advantage is now they have very senior-level people that are very well connected and can potentially influence their standing with an agency in receiving federal contracts."

When Chertoff calls his old friends, Amey speculated, he won't spend much time on hold.

BAE has received over $200 million from DHS since 2005, according to the ffata.org Web site and Amey's calculations -- with big-ticket contracts going to FEMA and the Coast Guard, among DHS's other sub-agencies.

According to its 2008 annual report, BAE acquired that year a company called Detica, which provides software that helps governments and commercial organizations manage and analyze large amounts of data. The acquisition was intended to build on BAE's "established position addressing Homeland Security markets in the U.S."

Chertoff was most recently in the news when questions emerged about his possible abuse of public trust. After the attempted bombing of a U.S. airliner on Christmas Day, he gave dozens of media interviews touting the need for the federal government to buy more full-body scanners for airports -- without mentioning that the Chertoff Group, his security consulting agency, has a client that manufactures the machines.

Chertoff is also senior of counsel for the Covington & Burling law firm, where he is "a member of the White Collar Defense and Investigations practice group."

"As part of its guilty plea," the department said, "BAES has agreed to maintain a compliance program that is designed to detect and deter violations of the FCPA [Foreign Corrupt Practices Act], other foreign bribery laws implementing the OECD Anti-bribery Convention, and any other applicable anti-corruption laws,... as well as similar export control laws."