” … The CIA had mobilized Islamic fundamentalists, including veterans of the Al Qaeda and Taliban war in Afghanistan … and was recruiting them for a new war against Assad. … “

A lengthy front-page report in Sunday’s New York Times provides additional confirmation that the attack on a US facility in Benghazi, Libya in September 2012 was the outcome of the Obama administration’s use of Islamic fundamentalist terrorists in its war against the Libyan regime of Muammar Gaddafi.

The Times article, based on dozens of interviews in Benghazi, asserts that the attack that killed four Americans, including US Ambassador Christopher Stevens, was carried out by Libyans who had previously been allied with the US government in the 2011 war that overthrew and murdered Gaddafi. Times correspondent David D. Kirkpatrick writes that the attack was not organized by Al Qaeda or any other group from outside Libya, but “by fighters who had benefited directly from NATO’s extensive air power and logistics support during the uprising against Colonel Qaddafi.”

The main US facility in Benghazi was not the small mission building in which Stevens and an aide died, but a larger unmarked compound described as “the Annex” that housed at least 20 people from the CIA. Two security guards at this building were killed by a mortar barrage eight hours after the attack that killed Stevens.

The disparity in staffing between the CIA compound and the diplomatic outpost is telling: the main mission of the US government in Benghazi was the CIA operation, which had spearheaded by the campaign against Gaddafi in 2011, but by 2012 was devoted to a different and even bloodier operation: recruiting manpower and supplying weapons to the Islamic fundamentalist insurgency against the Syrian regime of Bashar al-Assad.

As the World Socialist Web Site reported, within days of the Benghazi killings:

“There is every reason to believe that the robust CIA presence in Benghazi after Gaddafi’s fall also involved more than just surveillance. Libyan Islamists make up the largest single component of the ‘foreign fighters’ who are playing an ever more dominant role in the US-backed sectarian civil war being waged in Syria with the aim of toppling the government of President Bashar al-Assad. According to some estimates, they comprise anywhere from 1,200 to 1,500 of approximately 3,500 fighters who have been infiltrated into Syria from as far away as Chechnya and Pakistan.”

The Times article identifies one militia leader, Ahmed Abu Khattala, as a principal figure in the Benghazi attack, although Khattala has admitted only being present outside the building at the time. He also names another militia leader, Abdul Salam Bargathi, head of the Preventive Security Brigade, as the man who told the Libyan guards at the US facility to flee when attacked.

Both these individuals, and many others named in the Times account, worked in close collaboration with the CIA and Stevens personally during the six months of NATO bombing and seesaw fighting that culminated in the overthrow of the Libyan government and the lynch-mob murder of Gaddafi.

These Islamist militants were in many cases veterans of guerrilla fighting in Afghanistan, either as part of the US-backed war against the Soviet army in the 1980s, or in the ongoing war against the US-NATO occupation regime established in 2001. They had fought both for and against the US government, and they were about to change sides again.

A major purpose of the Times article is to bolster the Obama administration in its ongoing conflict with congressional Republicans, who have sought to exploit the Benghazi fiasco by claiming that administration officials lied about the events to prevent damage to Obama’s reelection campaign.

The last section of the article is a virtual point-for-point rebuttal of the claims made by House Republican leaders like Intelligence Committee Chairman Mike Rogers and Government Oversight Committee Chairman Darrell Issa that Benghazi was a major Al Qaeda operation planned well in advance.

This dispute between the Democrats and Republicans is a political sideshow concocted to conceal the more fundamental issues at stake in the Benghazi events, and particularly the connection to ongoing US subversion in Syria.

The attack on the US mission was a classic case of “blowback.” The CIA had mobilized Islamic fundamentalists, including veterans of the Al Qaeda and Taliban war in Afghanistan, to fight Gaddafi, and was recruiting them for a new war against Assad.

At a certain point, some of these Islamists had a falling out with their imperialist paymasters. It may well have been exactly that—a dispute over money in which the Islamists felt themselves slighted and short-changed in the year that followed the overthrow of Gaddafi.

The Times article begins with a suggestive anecdote, describing a meeting on September 9, 2012 between a US official and militia leaders in Benghazi.

The militia leaders evinced hostility and told the American that Benghazi was not safe and they should leave as soon as possible, Kirkpatrick writes. “Yet as the militiamen snacked on Twinkie-style cakes with their American guests, they also gushed about their gratitude for President Obama’s support in their uprising against Col. Muammar al-Qaddafi. They emphasized that they wanted to build a partnership with the United States, especially in the form of more investment. They specifically asked for Benghazi outlets of McDonald’s and KFC.”

The US official summarized their views as wanting the Obama administration to become more engaged “by ‘pressuring’ American businesses to invest in Benghazi.”

The Times account also touches on another dubious and murky incident in the US intervention in Libya: the July 2011 murder of Gen. Abdul Fattah Younes, at the time the main commander of the US-backed rebel forces in Benghazi. Younes, a former interior minister under Gaddafi who defected to join the rebels, was hated by the Islamic fundamentalists.

According to the Times, Younes was seized by the Islamists and held overnight in the headquarters of the militia unit commanded by Abu Khattala. The next day, the bullet-riddled bodies of Younes and two of his aides were found on a roadside near the city. There was no serious investigation into the circumstances and motivation of this assassination, either by the Libyan “rebels” or their US-NATO sponsors. 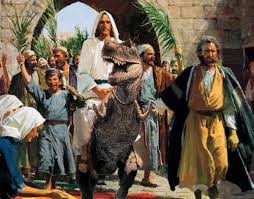