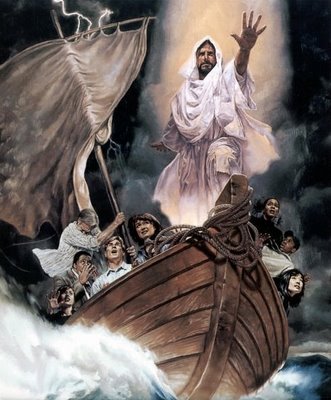 ANN ARBOR, Mich. (RNS)—When militia expert Jack Kay first ran across a MySpace page for the Michigan-based Hutaree militia six months ago, he thought it was just another group wrapping itself in God and country. But following raids on the Hutaree militia by federal authorities in three states, Kay said the group went beyond that initial assessment.

“Everything I’ve read about them and on their website establish, to me, that they are a cult,” said Kay, provost and executive vice president of academic affairs at Eastern Michigan University. “They are true believers. They feel they are on a divine mission. They are willing to be martyrs. It goes beyond patriotism and gets into groupthink.”

Even members of other militias describe Hutaree as a cult.

“You have an older religious leader with several young followers who obey his every command,” said Michael Lackomar, a spokesman for the Southeast Michigan Volunteer Militia, which was not targeted in the raids. His unit has trained with Hutaree in the past.

On its website, the group uses heavy doses of the Bible to justify its actions and claims members are getting ready to battle the Antichrist.

“Jesus wanted us to be ready to defend ourselves using the sword and stay alive using equipment,” the group’s website says. “The only thing on earth to save the testimony and those who follow it, are the members of the testimony, ’til the return of Christ in the clouds. We, the Hutaree, are prepared to defend all those who belong to Christ and save those who aren’t.”

Donna Stone said her ex-husband, David Stone, the accused leader of the group, pulled her son, David Jr., into the movement. Another son, Joshua Stone, also was charged.

“It started out as a Christian thing,” Donna Stone told the Associated Press. “You go to church. You pray. You take care of your family. I think David started to take it a little too far.”

The wife of one of the defendants described Hutaree as a small group of patriotic, Christian buddies who were just doing survival training.

“It consisted of a dad and two of his sons and I think just a couple other close friends of theirs,” said Kelly Sickles, who husband, Kristopher, was among those charged. “It was supposed to be a Christian group. Christ-like, right, so why would you think that’s something wrong with that, right?”

David Stone, the leader of the Hutaree Christian militia in Lenawee County, thought he was trying out a speech on his supporters during ...

WITH DOCUMENT Transcript: Militia suspect aimed to call for uprising

The suspected leader of a Lenawee County militia group planned to urge participants at a summit of militia groups in February to rise ...

DETROIT — A Christian militia leader accused of plotting the mass murder of law enforcement as a prelude to a larger war against the government hoped ...

This transcript was included in paperwork from a detention hearing of a Hutaree militia suspect in federal court. Hutaree members have been accused of ...