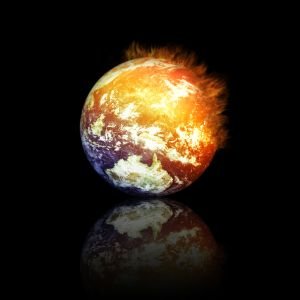 Richard North has revised his blog post replacing the words “jungle bunnies” with “Mercedes dealers”. (Yes, your guess is as good as ours). See the screengrabs before and after the change.

Oh, and he has accompanied the change with a little note, “Up yours LFF.” Charming.

Seriously though, don’t you find it quite odd that this comedy racist should be treated as a serious scientific source by a number of mainstream journalists – as if he has the same credibility as the thousands of scientists who have often devoted their entire professional lives to studying the shifts in our global climate?

In a post peddling myths about climate change the prominent right-wing blogger and occasional Telegraph writer Richard North, who was the source of much of the media controversy about the ‘climategate’ non-scandal, has used the phrase “jungle bunnies” – apparently to refer to people in the developing world.

North, who runs the blog EU Referendum, made the racial slur in a blog post about the cold weather that much of Britain is experiencing at the moment. He suggests the current weather in the UK undermines evidence of global warming.

In fact, the UN today reiterated what NASA already predicted: that this year is on course to be amongst the hottest on record.

“This is the third consecutive winter where we have had snowfall before Christmas and we’re fresh out of riot shields. We’ll have to use the central heating.

“Despite that, it is only a matter of time before some fool (many fools) tell us that it is the warmest year since Noah built his ark, warning that we are going to fry unless we pay zillion of dollars into the kitty for jungle bunnies and development corporations such as Oxfam.”

The Urban Dictionary describes the phrase as a racist one referring to black people.

As Left Foot Forward has previously detailed, North was the influential blogger, who has been lauded by Iain Dale and others, who sowed myths about climate scientists and claims they have made.

His blog posts led to mainstream media coverage during the media controversy about climate science earlier this year, and in turn The Daily Telegraph and The Sunday Times  needed to retract their stories. ...

There is no scientific, taxonomical basis for “racism” within the genome of Homo Sapiens Sapiens; we have been only one “race” for at least 30,000 years according to mDNA research (such as that first done experimentally in Berlin about ten years ago), and we can further trace our ancestry back to Northern Africa to approximately 125,000 +/- 10kY or so years with a significant confidence window of 89-96 percent, even with the precision of the old 255-point test.

“Bigotry is the sacred disease.” -Heraclitus

I hate to pollute this thread with yet more truth, but there is no scientific justification whatsoever for these popular and prevalent catastrophic global warming fears, and knee-jerk political posturing and economic/taxation-plans; so this hit-piece is a non-starter. There’s no use trying anymore to smear so-called “Skeptics” of anything, since “Big Business” has gone to bed with “Big Science” and “both have had a very good time; whether it is “HIV/AIDS” or “APG/GW” or Religion whatever-else emerging (or old) “wedge issues” strategically divide us.

I humbly suggest that it is beneath this blog to openly confuse “racist remarks” with “global warming”- since you have several facts wrong, already, and have resorted to selectively sourcing your terms from incredible websites such as “The Urban Dictionary”

There has been no significant global warming for over ten years, and none projected for the next twenty; this is per other NASA scientists, and other leaders of Climatology and Atmospheric Physics (Lindzen, Baluinas, Christy, Spencer, et al), all while the “drums of war” beat panic and blind insanity.

Don’t follow it, and don’t tarnish this beautiful blog with “Eco-Hysteria”… that’s the Mainstream Media’s schtick, and the final nail in coffin of their collective credibility.