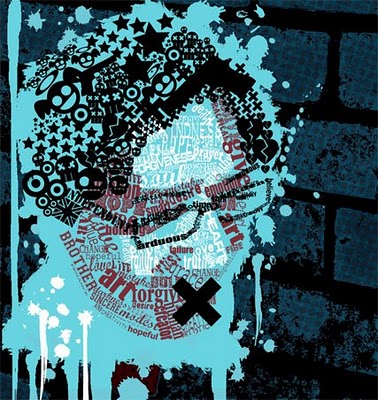 March 26, 2008 – Google Inc.’s board of directors is opposing a shareholder initiative to ban Internet censorship as well as the creation of a separate board committee to review the company’s policies on human rights, according to Google’s proxy statement filed with the U.S. Securities and Exchange Commission and released publicly yesterday.

At its annual meeting May 8, the board will recommend a vote against a shareholder proposal that would require the company to take steps to ensure freedom of access to the Internet. It also advises a vote against a proposal calling for the board to form a separate committee to review its policies on human rights.

The shareholder proposals were submitted separately by the Office of the Comptroller of New York City and St. Scholastica Monastery.

“Technology companies in the United States have failed to develop adequate standards by which they can conduct business with authoritarian governments while protecting human rights to freedom of speech and freedom of expression,” the first proposal states.

In a statement, New York City Comptroller William Thompson said his office was calling on Yahoo Inc. and Google to establish policies to protect against the infringement of basic freedoms by countries in which they do business.

“Both Yahoo and Google are companies based on the fundamentals of user trust,” he said in the statement. “By allowing these countries to censor the information the users receive, that trust is broken.”

We disagree with the board’s recommendation and urge our fellow shareholders to support this important measure,” Thompson said in an e-mail. “Policies need to be established to protect the rights of Internet users from censorship and guard against the sharing of personal information. Hopefully, our fellow shareholders will understand the gravity of this resolution as it relates to the protection of human rights.”

A spokesman for the comptroller said the same measure was filed last year and voted down by Google shareholders. The funds controlled by the comptroller’s office hold 3,588,131 shares in Yahoo and 679,497 shares in Google.

The second proposal would require Google to create a committee to review the company’s human rights policies. That proposal was made by Harrington Investments Inc., a Napa, Calif.-based firm that focuses on socially responsible investing.

“We’re not surprised [by the board’s position], but I wouldn’t say we’re dismayed either,” said Harrington spokesman Jack Ucciferri. “It’s a corporate governance mechanism that I think that today’s board of directors and corporate governance experts would be reluctant to implement because it ties fiduciary responsibility of the board directly to how the company deals with human rights.”

Ucciferri added that his company’s proposal was the first step in a multiyear process to introduce policy change at Google and that his company was talking with Google about its responsibility in the area of human rights.
“We’re hoping they’re going to respond favorably, and they are open to this idea, but at this point they have opposed it,” he said.

Ucciferri said his company is hoping that over time, Google’s board will come to understand that forming a human rights committee would be a corporate governance asset because it would be a mechanism for identifying potential issues earlier, and would allows the company to act before there has been damage to the company’s reputation.

In a statement on its Web site, Harrington said that companies such Yahoo, Google and others “have been working to restrict access and filter information on the Internet, as well as identify Internet users, including bloggers who advocate democracy, leading to their arrest, imprisonment and often torture.”

Google was criticized for launching a search service in 2006 aimed at Chinese users that blocks results considered objectionable to government of the People’s Republic of China. The company said it struggled over the decision but concluded that it was better to provide some Internet service than none at all.

“While I’m not familiar with the Google shareholder proposals, generally we strongly support a company’s need to have an understanding of the connection between their business and human rights in the countries where they’re doing business and providing services,” said Theresa Harris, International Justice Project director at the Washington-based World Organization for Human Rights USA.