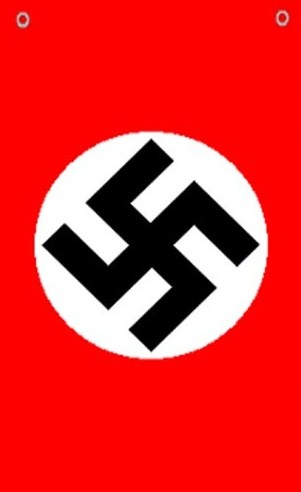 May 13, 2010 -- Arizona -- Evidence that Arizona's new anti-immigrant law was was written and introduced to Arizona congress by Neo Nazi supporters has come to light. Arizona State Senator Russell Pearce, who submitted the bill has, for many years, been associated with local Neo-Nazi and white supremacist groups. Look at his background.

In 2006, he came out speaking enthusiastically about the 1950’s deportation act “Operation Wetback” and for sending email to his supporters reminiscing the greatness of this program. In this email he included an attachment from a white supremacy group and made the conspiratorial claim that journalists pushed the view of: “a world in which every voice proclaims the equality of the races, the inerrant nature of the Jewish ‘Holocaust’ tale, the wickedness of attempting to halt the flood of non-White aliens pouring across our borders…”

In 2007, Pierce was photographed with J.T. Ready spokesman for the National Socialist Movement, better known as the Nazi Party. They refer to themselves, “the premier white civil right organization in the world.” The group claims to be true patriots claiming that they are only against non-white immigration. J.T. Ready has said that closing the borders is crucial to preserving the white race. “Let's face it,” he said. “We're not being invaded by Swedish nuns here. We're on a border with a country that is a hostile country.” Pierce is also known for speaking at Neo-Nazi rallies and conferences.

Just recently in Los Angeles, Neo-Nazi rallied against illegal aliens. They waved American flags and banners with swastikas, wore black military uniforms and helmets. They shouted ‘Sieg Heil’ before each of their members began speaking.

In 2008, Pierce sponsored Senate Bill 1108, which would make it impossible for students at Universities to join groups based in whole or part because of their ethnicity, claiming it would indoctrinate people with anti-American mentality. As if the relationship could not be any clearer, Arizona Gov. Jan Brewer yesterday signed a bill targeting a school district's ethnic studies program, Arizona law now prohibits classes that promote ethnic solidarity, that are created primarily for students of a particular race or that promote resentment toward a certain ethnic group.

Kris Kobach, who is currently running for Secretary of State of Kansas, authored the anti immigrant law, SB 1070. Kobach is an attorney for Immigration Reform Law Institute, the legal arm of the chameleon organization named Federation for American Immigration Reform, or FAIR. As Rachel Maddow revealed in a recent program, the founder of FAIR is a well-known racist. The seed money he used to start FAIR came from an infamous Eugenics (the same thing the Nazi’s did) outfit.

FAIR is just one piece of a vast and powerful anti-immigrant organization, created over the last 30 years, and orchestrated by John Tanton. His organization has been able to insinuate itself into many of the social and political debates of our time.

Tanton developed many different entities so that it appears that there are numerous advocates for what he sees and the ideal society. Another of his group, the Center for Immigration Studies, acts as so called "think tank" to the anti-immigrant movement. Some other entities he is invalid with is the Coalition for the Future American Worker , Progressives for Immigration Reform, NumbersUSA, Immigration Reform Law Institute, United to Secure America Coalition. These are just a few of his many groups that work in unison trying earnestly to modify America's thinking on immigration.

The Southern Poverty Law Center and Anti-Defamation League have connected these groups with racists, white supremacists, and political extremists.

The Tanton message is blatantly clear - no more immigrants in the U.S. and those that are here should leave.

These are the background players in Arizona's new anti-immigrant laws.

It's truly difficult to comprehend how Arizona, a state whose population is one-third Hispanic would want to alienate a significant segment of their residents; mostly hard working family members. Even as I write other states are following Arizona's lead.

Yes, it is irrefutable that the borders have to be secured to prevent criminals from entering the United States as well as to prevent future illegal immigration. It is also understandable that Arizona has been pushed into this position by the federal government's failure to fix the broken immigration laws. However, the Arizona law,as written, will never accomplish its intended goal of security and instead, will only serve to violate the rights of of all Americans. Only with comprehensive immigration reform can this country resume the path intended by our founders and America will once again be "the land of the free and the home of the brave."

­­­­­­­­­­­Moses Apsan is an attorney practicing U.S. immigration law for over 25 years. He is the Past-President of the ­Federal Bar Association, New Jersey Chapter (1997-2002). His law show "Voce e a Lei has aired ­on SPTTV (Dish Network) for more than 10 years. His web site Guiadoimigrante.com won the Brazilian Press Award for 2008 and­ 09 for the Best Portuguese Language Community Web Site in the U.S.­