Law Enforcement Grapples with the Rise of Right-Wing Hate Crimes

Organized racism and middle-of-the-road discrimination are everywhere. How can law enforcement agencies help communities help themselves before it's too late? 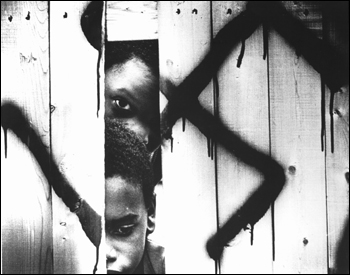 Just three years ago, 15-year-old Lawrence King of Oxnard, Calif., was shot to death by a fellow student inside his school's computer lab. In the weeks leading up to the shooting, King was repeatedly harassed after telling classmates he was gay. His murder stunned the middle-class beach community.

Now Brandon McInerney, 14, will be required to serve 51 years in prison if found guilty in adult court. McInerney, "is just as much a victim as Lawrence," says Masen Davis, executive director of the Transgender Law Center. "He's a victim of homophobia and hate."

Intolerance and discrimination have always worked their way into the fabric of this country. Race, religion and other dissimilarities bring out the worst in some people. But violent actions brought forth by these contingencies were not labeled as "hate crimes" until the 1960s. Now such acts are prosecutable by law -- and as of two years ago law enforcement has more help coming down the chain. In October 2009 President Obama signed The Matthew Sheppard and James Byrd Jr. Hate Crimes Prevention Act, named for Matthew Sheppard, a gay Wyoming teenager who died after being kidnapped and severely beaten in October 1998, and James Byrd Jr., an African-American man dragged to his death in Texas the same year. The act expanded the definition of hate crimes to include people with disabilities, lesbian, gay, bisexual and transgender individuals, but it also gave local law enforcement more tools (and money) at their disposal.

"[The bill] allows federal officials to prosecute hate crimes in a way they couldn't before," explains Scott Simpson of the Anti-Defamation League. It's crucial law enforcement agencies and the FBI keep marginal hate groups on their radar. But it's not completely up to them. Many departments have also found successful ways of keeping citizens educated and aware of discriminatory activity in their communities.

The target of known hate groups is always in flux. Although racial and religious minorities are always common marks, organizations that keep tabs on the issues, like the Anti-Defamation League and Southern Poverty Law Center (SPLC), note a current trend in these groups shifting their focus to center on illegal immigration issues. Statistics from the SPLC, a nonprofit civil rights organization founded by civil rights lawyers Morris Dees and Joseph Levin Jr. in 1971, indicate the last 10 years have witnessed a slow but steady rise in the number of hate groups in the United States. Mark Potok, director of the Intelligence Project at SPLC, says his organization counted 932 groups in 2009, up from 602 in 2000. He goes on to say this growth is likely almost entirely driven by the issue of non-white immigration and the exploitation of that issue by traditional Klan and neo-Nazi groups.

"In other words, they haven't been talking about the evils of black people, gay people and the Jews," says Potok. "It's been all about undocumented people crossing the border. From their point of view, it's both a racial issue and an issue that has much broader residence. And it's much easier to recruit people."

Many white supremacists are furious at the census projection that whites will lose their majority in the United States by the year 2050. In San Diego, the United Society of Aryan Skinheads (USAS) and the National Socialist Movement (NSM), a derivative of the American Nazi party along the West Coast, are increasing their numbers in the region.

Jeff Hudgins, assistant chief with the San Diego Police Department, calls it a "perfect storm" of racism, spurred on by the election of a black president and the economy. San Diego's Sovereign Citizens movement is another virulently anti-government, anti-authority organization that is known to clash with law enforcement. Hudgins notes "the typical Sovereign Citizen Freeman type activity is generally financial based; however, we are seeing an increase in weapons and violent confrontations."

But if racism is a constant, its mode of operation is not. Today there are all kinds of bigots. Yesterday's Klansmen in bedclothes are now published authors with a law practice on the side. The FBI and groups like the SPLC spend more time and dollars watching "suit-and-tie" racists than thugs breaking windows and looting shops. "It's not that we're looking at them to blow up the Federal building; this isn't the kind of group where they go out and beat people up," says Potok.

One such organization calls itself the American Third Position (ATP). The California-based group was formed in the last couple of years by Kevin MacDonald, a college professor, and William D. Johnson, a lawyer out of L.A. According to Potok, MacDonald is "probably the most important anti-Semite in the U.S.," having written a trilogy of books attacking the Jews. The ATP is on an FBI watch list as they're trying to mount a real political effort and run candidates in states across the country, and bring white nationalist politics into the political mainstream.

Just as many hate groups seem to be making a shift from good, old-fashioned street violence in favor of publishing and political careers, so too are these groups keeping a keener eye on their public image, including their members' online presence and activities. Police are watching, too.

"The Internet often gives those on the radical right the feeling that they are part of a big movement that is active and moving forward every day," says Potok.

Hudgins makes a lot of cases on social networking sites alone. "People are crazy putting information [online]," he says, noting he once found swastikas and obscenities toward specific racial groups tagged with a specific MySpace moniker belonging to an individual living a mere three blocks away.

The Web may be a great place to get your ideology out, unedited. But it's also a two-edged sword.

Years ago the Internet was very much overplayed as the technology that was going to make these groups successful. Potok points out "they didn't grow super rapidly because of the Internet, but it did give them a number of things:" First, anybody can post anything anonymously. Also, it makes a group ideology vastly more available, so it's not uncommon to see 15, 16-year old kids getting interested. Whereas 20 years ago ... where did you find a Klan newspaper?

But these days, Hudgins finds even radicals are concerned with promotion. "The advice they're giving now is, 'Don't claim it, don't brag about it; because it just focuses national attention on us... Do the action, but do it clandestinely.'" White power groups might discourage their members from wearing hate symbol tattoos that will forever brand them. This attitude is common among both extreme left-wing and right-wing groups. Think environmental factions pouring sugar down the gas tanks of logging trucks and spiking trees with large nails to destroy chain saws. The idea is, the word will get out to those it's meant for. In the meantime, why advertise?

More agencies are also setting up specific units to monitor hate activities. Suffolk County (New York) Police Department's Hate Crime Unit has seven highly trained and experienced detectives, and two detective supervisors who are tasked with investigating hate crimes within the county. Still, every division within the department is required to provide an appropriate response to such incidents.

Community involvement is critical in detecting and preventing bigotry before it leads to a disaster like the Oxnard tragedy, where teen Lawrence King was shot and killed. Suffolk County takes pride in its aggressive public awareness and education program that includes age-appropriate presentations in schools, communities groups and religious congregations. The county recently established a Student Congress for Justice in local schools, which involves more than 300 participants from approximately 40 school districts, bringing students together to discuss and develop programs to promote acceptance.

After a handful of incidents last year, the University of California Irvine developed an online reporting system, called Campus Climate for any issues having to do with bias hate. "We see this as a serious issue on college campuses," says University Chief Paul Henisey. "We want the campus community to be free to engage in their academic pursuits without fear of hate or bias; it is something that is always a challenge, simply because of the wide diversities the universities attract."

San Diego has devoted huge amounts of resources in community relations and outreach over the years, and Hudgins says each dollar "has paid dividends."

Years ago when a race-driven mob was burning and tearing down cities around the country and the state in the midst of the Rodney King riots, Hudgins maintains not a window was broken in San Diego, and he attributes this to an effective outreach community. To this day his agency upholds a close working relationship with minority and religious groups, as well as special interest organizations. "They understand there's no gain to be had through violence, or through harboring those that would commit violence," he says.

Hudgins recommends agencies looking to create or strengthen bonds within their own community run with their strengths to get a program on the ground. "Find people that are active and engaged ... people that show interest ... and don't let perfection get in the way of doing good.

Start small and get the ball rolling," he says. "Trust is not something you're going to build up instantly."