IG Farben, the Origin of Tabun Nerve Gas & the D-Day that Might Have Been 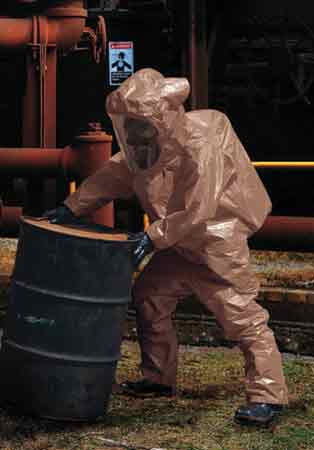 Newswise — As the anniversary of D-Day approaches, Frank J. Dinan, PhD, professor of chemistry and biochemistry at Canisius College in Buffalo, NY, shares his insight as to what would have happened if Hitler had chosen to use the deadly nerve gas Tabun, that he alone possessed, to oppose the D-Day landings?

General Omar Bradley, commander of all of the American forces landing on D-Day, writing in his memoir, A Soldier’s Story, commented on how relieved he was that the Germans did not use gas as a weapon on D-Day.

“When D-Day finally ended without a whiff of gas, I was vastly relieved. For even a light sprinkling of a persistent gas could have forced a decision in one of history’s climactic battles. … “

Seeing Tabun’s effectiveness as a weapon and the lack of an Allied response, Hitler certainly would have used it against the Russians. Would Stalin then, frustrated by Tabun’s use and by the loss of a long promised Allied second front, have sued for a separate peace? Now confident that no nerve gas retaliatory attacks were forthcoming, it is likely that Hitler would have launched his rapidly improving V2 rockets now filled with Tabun against Allied targets with devastating effect.

The Tabun story began on December 23, 1936, when a single drop of that newly-made chemical fell to the floor of a laboratory in Germany. The two men working there immediately suffered diminished vision, labored breathing and a loss of muscle control. Ironically, Tabun was made to be an insecticide that was toxic to insects but harmless to humans.

The Nazi government required that all discoveries of potential military value be passed along to them. The men’s employer, the giant I.G. Farben Corporation, complied, and its representatives were soon called to Berlin to discuss Tabun with the military.

Demonstrations of Tabun’s lethal effects at extraordinarily low concentrations made its potential as a devastating weapon obvious. Everything about Tabun was immediately classified as top secret and few were aware of its existence.

A weapon oriented Tabun research program began and construction of a plant designed for its production soon started. By mid 1943 thousands of tons of Tabun had been produced, loaded into artillery shells and bombs that were moved to storage sites throughout Germany. The secrecy that surrounded Tabun was so effective that the Allies had no hint of its existence and had no comparable weapons to retaliate with if the Nazis used it.

Nerve agents such as Tabun, are among the deadliest chemicals ever devised and are now classified as weapons of mass destruction by the United Nations. They exert their deadly effects by inhalation and absorption through the skin.

In the body they prevent the action of a key enzyme that regulates all nerve transmission processes. A nerve impulse is transmitted along a nerve pathway by a chemical called a neurotransmitter. Once it has done its job, the neurotransmitter must be immediately removed or the nerve transmission process repeats itself uncontrollably. Tabun prevents this removal and a victim’s ability to see, breathe and control bodily functions is rapidly lost. Death soon follows.

On D-Day, June 4, 1944, the largest invasion armada ever assembled assaulted the Normandy beaches of France. … Within two weeks they had progressed far enough to allow a makeshift port to be built and soon 20,000 tons per day of supplies were being landed. At this point, although much fierce fighting and many casualties were still to come, the fate of Hitler’s Third Reich was effectively sealed. But did this have to be the case?

Allied confidence that Germany had not developed new war gasses of any significance was so great that General Bernard Montgomery, Commander of the British and Canadian D-Day forces, ordered that all gas protection equipment be left behind when his troops departed England on D-Day. American soldiers carried only a gas mask but no rubber protective gear to stop gasses from being absorbed through clothing and skin. They would have quickly become casualties to Tabun.

Earlier, in the summer of 1940, the British had formulated plans to use gas to repel what then seemed a likely cross Channel invasion of their island by Nazi forces. They recognized that gas would be a would be a much more effective weapon than explosives to use against an invading army tightly packed together on a narrow invasion beach. Prime Minister Winston Churchill was so convinced that the use of mustard gas, much less effective than Tabun, would stop a German invasion and drive the invaders back into the sea that he urged the military to use its entire supply of mustard gas on the first day of an attack.

Why then didn’t Hitler, certainly no humanitarian, use the far deadlier Tabun, that he alone possessed, to defeat the Allies on D-Day? The answer to this question centers on one fateful meeting and an event that occurred in the closing days of World War I when then corporal Adolph Hitler was temporally blinded by gas and was hospitalized at the war’s end. This experience gave Hitler a life-long aversion to poison gas warfare.

By 1943, the tide of war had turned against Germany and Hitler came under increasing pressure from fanatical Nazi leaders to use Tabun. He resisted, maintaining that it would only be used in response to a nerve gas attack on Germany. But their pressure was unrelenting, and in the Fall of 1943, Hitler agreed to discuss Tabun’s use with Otto Ambros, Germany’s leading expert on chemical warfare and Albert Speer, the Reich’s Minister for Armaments.

In his book, Inside the Third Reich, Speer relates that at that meeting Ambros told Hitler that he doubted that Germany had a monopoly on Tabun. He stated that Tabun had appeared in the chemical literature as early as 1902, that I.G. Farben had patented Tabun in 1937, and that since 1939, no mention of phosphorus insecticide chemistry had appeared in the scientific literature of the Allied nations. Ambros argued that these facts indicated that the Allies had nerve weapons and had imposed strict censorship on them to prevent Germany from realizing their deadly nature. After hearing Ambros’ arguments, Hitler never again seriously considered Tabun’s use.

We know now that Ambros was wrong. The Allies knew nothing about nerve weapons until the war ended. But what we can never know with certainty is whether Ambros deliberately mislead Hitler as a result of his own misgivings about Tabun’s use, or if he believed the information that he gave to Hitler was correct. However several facts indicate that, whatever the reason, Ambros may have deliberately misled Hitler.

Ambros was a director of I.G. Farben Industries and knew that although Tabun had been patented, the patent was held in complete secrecy. It did not issue publicly until well after the war ended and was not available to the Allies. An extensive search of the scientific literature over the period 1896 to 1911 recently conducted by experts failed to reveal any report of Tabun’s existence or mention of any such highly toxic chemicals. Ambros’ claim that nothing about phosphorus chemicals appeared in Allies’ scientific literature was correct, but this was a result of their efforts to prevent Germany from considering the use of these materials as insecticides.

Disease has always been a major enemy of armies during wars and Allied policy dictated that all information on insecticides was classified as secret. This caused the lack of publication that Ambros reported to Hitler.

We can never be sure what might have happened if Tabun had been used but we know this: what the little known chemist, Otto Ambros told Adolph Hitler at their fateful 1943 meeting saved countless lives, shortened history’s most horrific war and may have prevented a tragic D-Day defeat.