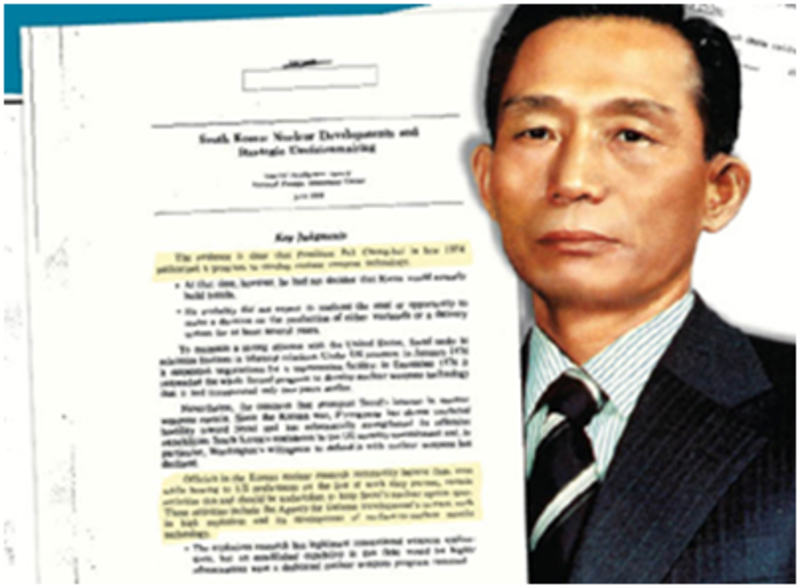 BOSTON – Prof. George Katsiaficas of Wentworth Institute of Technology, Boston has launched a federal lawsuit against the Central Intelligence Agency over documents he seeks relating to the assassination of a former Korean premier. The complaint comes after Katsiaficas made two requests of the agency under the federal Freedom of Information Act in March 2010 for documents surrounding the rise and fall of Park Chung-hee. The agency has released some documents to Katsiaficas since his requests over three years ago, but he is not satisfied, calling them “paltry,” and alleges that the CIA has more information to which he is legally entitled.

“What the CIA released was really indicative that they’re hiding something, because they released such paltry reports,” said Katsiaficas, “they were more or less public reports of the CIA, they didn’t release any [internal] documents; they acted as though they had nothing about all this, and of course they must have documents about it.”

Open Media Boston contacted the CIA public affairs office to confirm whether or not they have released all available information to Katsiaficas – and to provide an explanation if not – but they declined to comment on an ongoing court case. The case filing at the US District Court of Massachusetts provides the details of Katsiaficas’ FOIA requests

• The first of two requests in March 2010 asked for all documents related to the assassination of South Korean President Park Chung-hee on October 26, 1979 by Korean CIA (KCIA) chairman Kim Jae-Kyu.

• The second request asked for access to, and copies of, records concerning the coup d’etat of May 16, 1961 in South Korea, which saw General Park Chung-hee rise to power.

While the federal open access law requires a government body, such as the CIA, to release requested information within 20 days, over a year passed before Katsiaficas received a response to his requests.

In March 2011, the agency responded with 29 pages of what the court filing calls “bulletins, summaries, and weekly reviews from 1961,” which, “contained no CIA documents at all.” Katsiaficas then used his right to appeal under FOI legislation, and continued to demand information from the CIA. In July 2012, in response to the appeal, the agency responded with a further ten pages of documents – a two-page, heavily redacted report – and three daily reports, all of which “could be found in newspapers at that time,” the court filing says.

Katsiaficas, a peace advocate whose blog says he was targeted by the FBI’s counter intelligence program for antiwar activism during the Vietnam conflict, explained that he launched the FOIA requests at the suggestion of other activists. Reluctant at first, he said that due to his activist background, “I wasn’t sure that they (the CIA) would take my request as seriously as they would from … a less activist [person] … I thought someone more appropriate could be found.”

Katsiaficas decided to press on with his requests nonetheless, and says that, “someone needed to do this; no-one had done it; they (the activists) had asked me to do it; so I did it,” he said.

With rebellions, uprisings, a military coup, an assassination, a secret tribunal, a mutiny, and allegations of cold war espionage, the court filing reads more like a spy novel than South Korean history.

The details provided in the court record are extensive, but here are some of the key points

• In 1960, a popular movement in South Korea overthrew the rule of US-backed Syngman Rhee, and a democratic government was established,

• That government lasted only until May 16, 1961, when General Park Chung-hee led a coup d’etat, and established himself as dictator,

• By the late 70s, however, Park Chung-hee’s dictatorship began facing criticism from the US, particularly over his nuclear ambitions,

• Park Chung-hee remained in power until October 26, 1979 when he was assassinated by KCIA director Kim Jae-kyu,

• On December 12, 1979 General Chun Doo-hwan led a military coup, and Jae-kyu was himself executed on May 24, 1980 following his conviction by secret tribunal,

• There were widespread allegations that the US was involved in Park Chung-hee’s assassination,

According to the court filing there is no legal basis for the CIA’s refusal to disclose the records sought by Katsiaficas, and the suit asks the court to order the agency to release all requested files within 90 days. Representing Katsiaficas in the case, Neil Berman Esq. of Common Sense Legal Counseling in Somerville told Open Media Boston that responses to FOIA requests “are often less than forthcoming.” And when it comes to litigation in FOIA cases, the difficulty is often the cost of “what are fairly expensive cases,” where plaintiffs are up against government agencies that have the benefit of “in-house attorneys.”

Katsiaficas thinks he may receive the information he requested, but he is also critical of the Obama administration for restricting FOI access, saying that more requests have been “denied than under any other president in US history. It’s not just the CIA, the Obama administration has reduced the amount of information that American citizens are able to glean about their government, and it’s a very sad development,” he said.

Katsiaficas has written extensively on social movements in Asia and elsewhere, and says his focus is “turning more toward how the United States Government and corporations have dominated Korea so successfully, and … the roots of that both in US policy and actions, as well as in the culture of South Korea.”

His FOIA requests have also been expanded to include the Defense Intelligence Agency, because he says, “it’s possible the DIA will release documents that the CIA doesn’t have, or doesn’t want to release.” Berman confirmed that the next step on his behalf is to serve the CIA and the Government before an appearance at the US District Court in Massachusetts will be scheduled.