From Aleternet | If you blinked at the end of June, you may have missed one of the best pieces of journalism in 2014. The New York Times headline accompanying the story was almost criminally bland, but the content itself was extraordinary: A top manager at Blackwater, the notorious defense contractor, openly threatened to kill a US State Department official in 2007 if he continued to investigate Blackwater’s corrupt dealings in Iraq. Worse, the US government sided with Blackwater and halted the investigation. Blackwater would later go on to infamously wreak havoc in Iraq.

But what makes the story that much more remarkable is that its author, journalist James Risen, got it published amidst one the biggest legal battles over press freedom in decades – a battle that could end with the Justice Department forcing him into prison as early as this fall. It could make him the first American journalist forced into jail by the federal government since Judith Miller nearly a decade ago.

For years, the Justice Department, first under the Bush administration and now under Obama, has been aggressively pursuing Risen to testify against one of his alleged sources who is the subject of a leak prosecution. Risen’s most well-known scoop is the one that won him a Pulitzer Prize in 2006: exposing the Bush-era illegal warrantless wiretapping by the NSA, under threat of Espionage Act prosecution. But the Justice Department has been officially pursuing him about another story for years – a tale first published around the same time, in his book State of War. 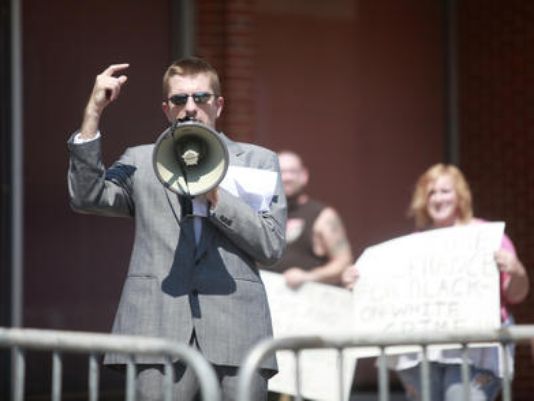 U. of Kentucky President Critical of Neo-Nazi’s Speech
Sep 21