Instead of just a few dozen attacks a year, CIA-operated unmanned aircraft now carry out multiple missile strikes each week against safe houses, training camps and other hiding places in the tribal belt bordering Afghanistan 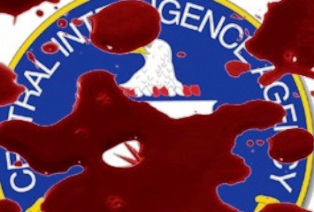 The CIA received secret permission to attack a wider range of targets, including suspected militants whose names are not known, as part of a dramatic expansion of its campaign of drone strikes in Pakistan's border region, current and former counter-terrorism officials say.

The expanded authority, approved two years ago by the Bush administration and continued by Barack Obama, permits the agency to rely on what officials describe as ''pattern-of-life'' analysis, using evidence collected by surveillance cameras on the unmanned aircraft and from other sources about individuals and locations.

The information was used to target suspected militants, even when their full identities were not known, the officials said. Previously the CIA was restricted in most cases to killing only individuals whose names were on an approved list.

The rules had transformed the program from a narrow effort aimed at killing top al-Qaeda and Taliban leaders into a large-scale campaign of air strikes in which few militants were off-limits, as long as they were deemed to pose a threat to the US, the officials said.

Instead of just a few dozen attacks a year, CIA-operated unmanned aircraft now carry out multiple missile strikes each week against safe houses, training camps and other hiding places in the tribal belt bordering Afghanistan. Officials say their surveillance yields so much detail that they can watch for the routine arrival of particular vehicles or the characteristics of individual people.

''The enemy has lost not just operational leaders and facilitators - people whose names we know - but formations of fighters and other terrorists,'' said a senior US counter-terrorism official, speaking on condition of anonymity. ''We might not always have their names but … these are people whose actions over time have made it obvious that they are a threat.''

In some cases drones conducted surveillance for days to establish the evidence that justified firing a missile, the officials said. A strike could be delayed or cancelled if the chance of civilian casualties was too great.

But some analysts said permitting the CIA to kill people whose names were unknown created a serious risk of killing innocent people. Civilian deaths caused by Western arms are a source of deep anger in Pakistan and Afghanistan.

''There are a lot of ethical questions here about whether we know who the targets are,'' said Loch Johnson, an intelligence scholar at the University of Georgia and a former congressional aide.

''The danger is that it could spawn new terrorists and increase resentment among the Pakistani public, in particular where these strikes are taking place.''